Ahead of the global final, creatives from the four projects representing APAC at The Immortal Awards tell LBB’s Natasha Patel what makes each piece so special 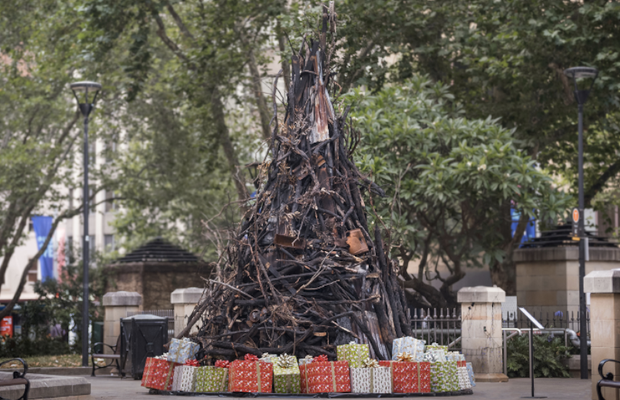 “We feel lucky to call New Zealand home. But the climate here is harsher than we’d like to admit, and our homes aren’t built to suit. 50% of all Kiwi homes are too cold and damp. The Kiwi culture of ‘toughing it out’ over winter only makes things worse. One in six Kiwis suffer from respiratory diseases, especially children. To address this, ANZ Bank set up their Healthy Homes Initiative, offering $100 million in interest free loans for insulation and heating. To encourage families to take us up on the offer, we set out to engage and educate a younger generation of Kiwis.
“From the outset, Mr Humfreez was designed with the youngest members of the household in mind. It’s a scientifically calibrated instrument that can be read by someone not yet old enough to read. It doesn’t just provide information but evokes an emotional response. It’s a world first that shows how smart sustainable technology can be. It has helped a big, cold bank become a warm, fuzzy part of Kiwi households. Ultimately, what makes Humfreez immortal is his role as an educational tool in the classroom, so the next generation can breathe easier.” Shane Bradnick, CCO, TBWA\Auckland

“The Burnt Christmas Tree was an urgent project.
“With Australia ablaze at the start of summer in 2019, the skies were black with smoke and a foreboding atmosphere hung over the entire nation. It was a scary time and it was in stark contrast to the Christmas spirit we’d all been anticipating. Watching the devastation from the city, it was hard not to feel a bit helpless.
“So, our creative department rallied, putting together dozens of ideas to drive donations. The Burnt Christmas Tree just stood out so clearly. It was incredibly simple, but perfectly captured the despair that all Australians were feeling at the time.
“Amazingly, the Burnt Christmas Tree was conceived and launched in Sydney’s CBD in just two weeks. The craft was immaculate and the team was unstoppable. It was a genuinely special process to be a part of, both for the experience, and the monumental fundraising campaign it went on to launch for the Red Cross.
“Immortal is a big word, but what I can say is the Burnt Christmas Tree profoundly captured a moment in time for the Australian people – one of horror and helplessness, at what was supposed to be the best time of year.” Matt Chandler, deputy ECD, DDB Sydney

“Live hard. Crash harder. Staunch young males make up the majority of New Zealand’s unrestrained crash fatalities. They reckon seatbelts are for kids, the elderly, the weak. Seatbelts needed a tough new image. Real crash survivors proudly wore their seatbelt wounds as badges of honour, turning the visceral signs of a crash into powerful symbols of survival. And proving there’s nothing soft about a seatbelt.
“The boys’ pics hit eyes and feeds everywhere. Knowing these guys lean into gnarly shit, the survivors displayed their graphic marks of survival where they’d hit our audience hardest: outside pubs; through VICE; on their own feeds. Their ten stories recruited hundreds more, inspiring Belted Survivors everywhere to share images of their own seatbelt marks – and challenging their mates to make the right call too.
“Belted Survivors hit our audience hard and fast; shifting 74% of their attitudes towards seatbelts in the process. The campaign’s power and impact came from the confronting, undeniable, in-your-face proof told through the voices of real young men in our audience. It sets up a new ongoing platform through which to show the raw power of seatbelts – by heroing the stories that would never be told without one.” Clemenger BBDO

“This campaign was a difficult second album for both the agency and UberEats. Year one of the brand’s Australian Open creative ambush was hugely impactful as it caught the entire country by surprise by making spectators believe they were watching the tennis only to discover it was actually UberEats campaign creative. The only limitation here was after each trick was revealed, it was repeated again and throughout the tournament.
“Together we thought this year we could improve on our previous effort to make any moment across the entire tournament fair game for some playful and creative hijacking. We managed to never repeat ourselves – and also paid homage to the recent Kim and Sharon commercial with a series of cameos from Shaz as the clumsy ball girl.
“While the entire campaign was infinitely harder to pull off, it actually made people engage with the campaign on an even bigger and better scale than year one.” Julian Schreiber, partner & CCO, Special Group Australia.