4 European Contenders for The Immortal Awards 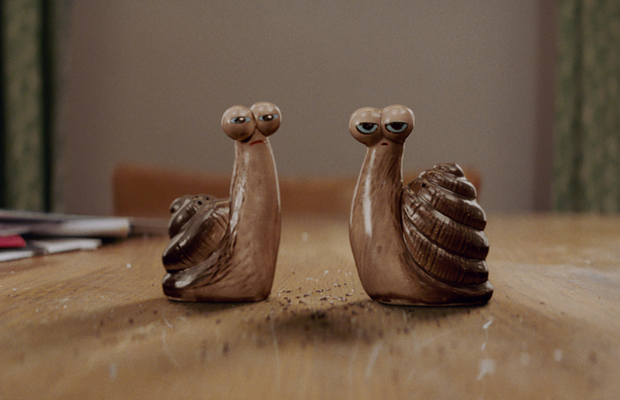 The European jury of this year’s Immortal Awards managed to whittle down 646 pieces of work to just four Finalists, deemed worthy of promotion to the final round of global judging (the winners of which are set to be announced the week of November 30th).
Now all the judges have made their views on the work known, it’s time to hear from the people who made the work about what makes these Immortal condenders so special. LBB’s Alex Reeves gathered perspectives from behind work for the likes of Riz Ahmed, IKEA, Libresse and Burger King from companies such as Somesuch, Mother, Final Cut and AMV BBDO.

“It feels clear to me that this does very much feel grounded in reality, the reality of people’s fears, the reality of where we’re at. What we’ve seen today goes through my head every day. It goes through the heads of all of my loved ones every day, and the heads of all of my friends who find themselves in a similar position of being broken up with by the country they live in.” Riz Ahmed, artist
“Aneil Karia's The Long Goodbye is a short film set in an imagined far-right nightmare of Britain for Riz Ahmed.
“A visceral experience, whilst The Long Goodbye is propelled by Ahmed’s physical presence on-screen and that piercing rap/monologue he delivers at the end, it’s also a testament to the immersive filmmaking style of Karia, that injects everything he makes with a sense of urgency and intensity. An important film for modern times.” Somesuch
“The Long Goodbye is a disturbing and tragically believable vision of a dystopian future, one horrifyingly too close to comfort. In it a British Asian family are preparing for a traditional wedding ceremony before being violently attacked and rounded up by gun wielding militia.
“The film accompanies the album of the same name by Riz Ahmed, described as a 'break up album' it describes the end of a 'toxic & abusive' relationship with Britain. Aniel (Karia, the director) spoke vividly to me about Riz and his own very personal hopes for this film and I felt the enormous weight of responsibility to bring this important story to life in a very visceral, unflinching way. It needed to be an uncomfortable, upsetting watch. I'm very proud of this work and think that ultimately we created an incredibly prescient film which seems to be taking on more significance by the day.” Amanda James, editor, Final Cut

“The world was a very different place in November of 2019 when IKEA released their first ever UK holiday advert. Silence the Critics was born from the common feeling, that along with the seasonal joys, a lot of us feel a looming sense of dread when it comes to hosting others.” Sarah Green, marketing manager, IKEA UK and Ireland
“When a brand as iconic as IKEA wants to enter the Christmas advert battleground (the UK’s equivalent of the Super Bowl), you know you have to do something that’s going to stand out from the crowd.
“We started by unearthing a startling insight: one in three people feel their home isn’t up to hosting guests over the festive period. A feeling only compounded by ads showing idyllic festive get-togethers. We decided to tackle home shame - and Christmas advertising - head on. With an original grime track and a gang of household ornaments with attitude - silencing the home shame critics, with the help of some simple IKEA solutions. Creating a credible, authentic grime track was absolutely key, so we asked grime pioneer and legend D Double E to co-write and perform the track. Luckily for us, he said yes.
“Grime is a UK urban music genre from whose lyrics typically feature scathing and witty insults intended to embarrass and put down rival rappers. It has never before featured on a mainstream advert and, according to The Guardian, this was the moment that ‘brought grime to the masses’.”  Thom Whitaker, creative director at Mother
“Silence the Critics was one of those creative opportunities we could not pass up on.
The creative from Mother was spot on as they took a familiar situation an audience can relate to and turned it on it's head, to create a new kind of modern Christmas commercial.
“The fear that most house-proud people experience (especially at Christmas), that their house isn’t guest worthy, was brought to life by trash-talking ornaments who represented the haters in the host's head. Mother stepped it up a notch and decided these ornaments should rap along to a grime track, embracing a genre of music that has been historically overlooked in not only adland but popular culture. When we saw the script, we knew it was right up our street.
“We created all the characters in 3D and ensured they looked photoreal. We studied exactly how a ceramic snail-shaped cruet set or a plastic dinosaur should move, and gave them different personalities by applying unique animation to each. We finessed the lip sync to match D double E’s genius lyrics and comped them seamlessly to the scene.
“We are mega proud of our collaboration with Mother, Tom Kuntz and the team at MJZ.” Electric Theatre Collective
“While hosting others may not be our focus right now, the smart and unsentimental ad continues to resonate. Featuring bespoke music by legendary grime artist MC D Double E, the idea of everyday objects mocking us to freshen our spaces is something we can certainly all relate to, if not for the benefit of others, for ourselves this year.” Whitehouse Post

“Wombstories is Libresse’s most ambitious campaign to date, going where no other brand has gone to express the complex relationships women have with their wombs.
“We live in a world where girls are told a simple story: start your period in adolescence, repeat, with ‘a bit’ of pain, want a baby, get pregnant, more periods, menopause, then you and your body politely retire. Wombstories challenges that simplistic narrative, bringing untold and unspoken experiences to the mainstream for the first time: endometriosis, IVF, miscarriage, the choice not to bear children, menopause.
“New stories demanded a new form of storytelling: six interweaving storylines follow the external lives of each woman in live action, and the inner characters of their wombs in highly individualised animation. The stories were researched from real experiences of hundreds of women; animated by an all-female team, and directed by Golden Globe winner Nisha Ginatra.
“The film and supporting social campaign have been widely praised and shared, earning £1.5bn in coverage. Wombstories has opened up thousands of new conversations, and changed the female narrative for good. As one film critic said, ‘it nails the female experience better than Hollywood has done in over a century.’” AMV BBDO
“750 is incredibly proud to have been part of this breakthrough campaign from the beginning having worked on Viva La Vulva and Bloodnormal. This latest instalment by Bodyform and AMV BBDO, Wombstories mixes live action and many styles of animation to capture various female experiences. This provided a rich visual and emotive bed to work with. Sam Ashwell explains ‘I love this campaign for so many reasons, I’m full of respect for the agency team who have found a really powerful way to use truth and emotion to engage the viewer.’
“He goes on to say 'It’s a real pleasure and great fun to work with animation as it’s one of purest forms of sound design, there’s no existing shoot sound or dialogue so can create the world from scratch.’
“We believe this work is Immortal because very few campaigns actively work to break the culture of silence that reinforces the taboos surrounding women's health and this work successfully shows the highs and the lows most women experience.” 750mph

“We are proud and happy to reach this stage of the Immortal Awards competition, amazing! As to why we feel the Burger King Moldy Whopper –  a unique collaboration that includes Publicis Romania, Publicis Spain, Ingo Stockholm and David Miami - is an Immortal? It has to be because it’s the first time ever that a brand in the food business has the courage to show its hero product decomposing in order to make a point for a good cause – championing a new standard for the food industry via the removal of artificial preservatives from Burger King’s star product. In the process, it also created a new path in terms of marketing of food business for the advertising community. The 8.2 million media impression and its strong reach well into pop culture are testaments to its success, making it an instant classic.” Publicis Groupe

Here’s What Happened at The Immortal Awards Global Online Showcase