BBDO Shanghai’s chief creative officer is an MBA holder as well as the creator of Snoop Dogg’s Smokable Songbook, all while flexing his creative muscles during his day job at the agency 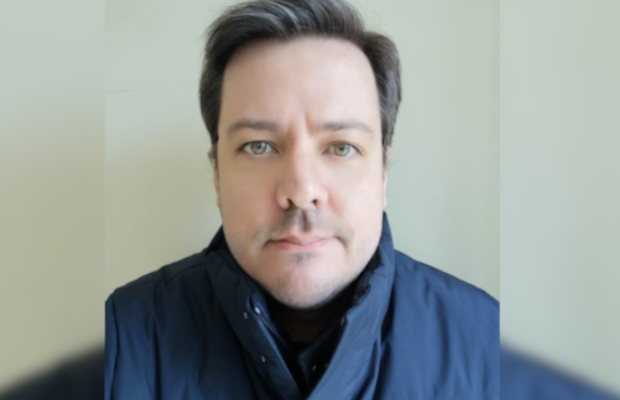 Growing up in a life that showed you that sometimes sporting adverts were better than the games themselves is a sure way to whet your appetite for working in the industry. And for Aricio Fortes this was exactly what happened. From the age of 14 copywriting was all he wanted to do. So the creative packed up from “the happiest place in the world” in Bahia, Brazil and moved south to São Paulo to pursue his ambition.
While he’s continued to pursue advertising, Aricio has had a few exciting side projects. None as intriguing as the collaboration with Snoop Dogg that started with the rapper’s rolling paper brand and love of marijuana and ended with a book with pages made of actual smokeable sheets. It now sits alongside some of history’s greatest literary works at Harvard University’s Houghton Library – where, like the works of Plato, it has to be handled with gloves and tweezers.
Here Aricio tells LBB’s Natasha Patel about creating the unofficial theme song for the 2014 FIFA World Cup, working with Snoop and his views on the Chinese creative industry.

LBB> Tell us about your childhood, where did you grow up?

Aricio> I was born in Bahia, Brazil. One of the happiest places in the world. (Please Google it.) Playing soccer on the streets, hanging out by the beach, making friends everywhere and later as a teenager, skateboarding and tagging the neighborhood walls. Lots of freedom, fun and a dose of rebellion and risk which moulded who I am today.

LBB> You studied advertising at university, does this mean the industry always interested you?

Aricio>  Funnily enough, I wanted to be a copywriter since I was 14 years old. In Brazil, advertising is something people care about. And the commercial break of soccer games is usually better than the game itself. Many of the things people say as slang or popular sayings today were once launched on an advertising campaign. It was obviously a field with a lot of freedom and impact. When I realised that could be a career, it was a no brainer. Then I moved to São Paulo to study at ESPM, the best ad school in Brazil. My plan B was to be a soccer goalkeeper, but I wasn’t good enough.

LBB> You’ve studied for an MBA too, tell us about this and the way it's changed the way you work.

Aricio>  One day I found myself at 33 years old, running a world-class creative agency, and I realized many of the meetings I went to had nothing to do with the work itself. So, I enrolled in some MBA classes. It was great to learn from guys who wrote many business books and had more years of running companies than my age at that time. It helped me to learn more about business strategy and finance. Although I also realised that the best way for me to run a creative company is to be totally immersed in the work and leave the numbers part for those who are better with numbers. That said, it is hard to fool me when showing an Excel table.

LBB> I read that you worked on a book with Snoop Dogg for the Harvard University Library! This we have to hear more about…

Aricio> Here is it how it all started: I was a creative director at Pereira O’Dell San Francisco and I was shooting Snoop Dogg at the Conway Studios in LA for a project. That day, Snoop smoked a very decent amount of weed. At the end of the day, I found an empty package of rolling papers with his face on it. He had just launched a brand of rolling papers of his own.
Sometime later, Snoop was arrested with a marijuana charge. And we thought it was time to put his rolling paper brand out there. That is how the Snoop’s Smokable Songbook was born. It had Snoop’s lyrics printed with vegetal ink on the pages made of rolling papers. And you could actually smoke ‘Drop It like it’s Hot’, for example.
We launched it at Coachella, that year he had an epic gig with Dr. Dre. The work was well received by major media outlets as well as in Cannes and The One Show, but the best accolade was Harvard asking for one copy to be featured at the Houghton Library of Modern Books and Manuscripts. A very supervised environment where the books are handled with gloves and tweezers. The librarian told me that it was the first time he was able to meet one of the books’ authors, since most of the volumes there are documents from centuries ago, like manuscripts from Homer and Plato. 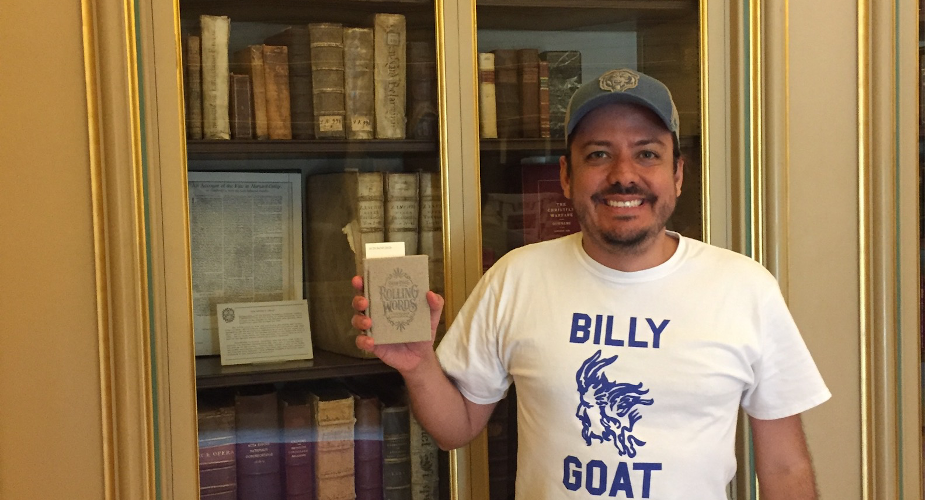 LBB> Wow what a story. Will you do more exciting projects like this?

Aricio> Yes, I really like being part of content campaigns. Recently we launched M&M’s Crispy in China and its correspondent character in a music reality show like ‘American Idol’. The orange M&M’s character behaved like one of the music competitors due to his crunchiness. I like to explore different content formats, it can be a collection of stained clothes like I did for Ariel, a song created via a conference call like I did for Jambox speakers or a 90-minute Prime TV hacking pushing Walmart prices, called ‘Price On The Jersey’.
In reality, perhaps the work I am most proud of is a content piece called ‘Mostra Tua Força Brasil’ which became the unofficial anthem of FIFA 2014 World Cup and was created with Brazilian composers Jair de Oliveira and Wilson Simoninha for Brazil’s most valued brand, Itaú Bank.

LBB> Your career has taken you to so many places around the world - are you a traveller by nature or like to take opportunities?
Aricio> I like to take great opportunities of making The Work. That's why I moved to China. Of course, I love travelling in Asia as well, but if that was the only good part about living here, I could work elsewhere and only come here on vacation.
The good thing about having moved countries so early is that you feel no fear, you just jump.

LBB> What lessons have you taken away from each of the markets you’ve worked in?

Aricio> China's market has a lot to teach. It is very dynamic, and everything happens twice as fast as anywhere else. Technology is nuts. Every day there is something really big and totally new going on. Also, the integration of social media, ecommerce and mobile payments altogether in every campaign is a huge opportunity for The Work.
Needless to say, working in the States taught me a lot of things, it is the best advertising in the world hands down. I appreciated how the process helped the work to get better. Unlike in Brazil, where great work happens despite the chaotic process.

LBB> Tell us more about the industry in China.

Aricio>  What brought me to China was the size of the challenge and the will to make something I’ve never done before. On top of that, I found in BBDO Greater China and BBDO Asia a special group of business partners that are also great folks.
Talking to 1.4 billion consumers every day for some of the world’s best brands is something else. In China, people are very connected to the brands they use, especially luxury and lifestyle brands, so it’s an excellent place to work in building brands.
China’s market has its peculiarities, for sure. One is the huge amount of business pitches, sometimes with a non-disclosed number of agencies taking part. Many of the advertisers work project by project. Projects are usually tactical, there aren’t many ‘repositioning the whole brand’ jobs. So, clients are after great ideas, which is always a great opportunity.
Sometimes there are bigger tasks like the one we recently won for Volskwagen, to launch their first electric car in China.
Another interesting point here is the growing number of global and regional jobs being created out of China which will very likely to bring more diverse creative brains to blend with local talent to better fill the demand. I believe bringing more diversity in would uplift the creativity in advertising as a whole.