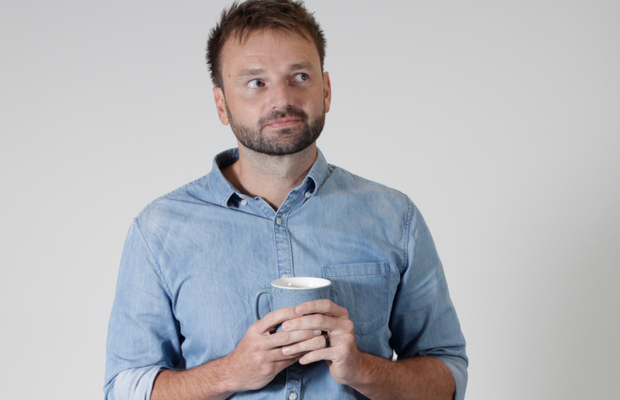 When Charles Baylis started out his career as a law graduate in the UK he had little idea that the coming years would take him not only across the world but through an array of industries. There was a stint with working in paralegal at the BBC and another venture at a record label; copywriting for Y&R and “doing adz” for McCann (in his words). It’s been quite a journey. Now he heads up the creative side of Deloitte Digital in Australia but still uses learnings from his early days in law, music and marketing to pick out human insights to evoke emotions in his audience.
Charles tells LBB’s Natasha Patel about his introduction to the world of creativity and what makes the Australian market so unique.
LBB> It's interesting that you have a degree in law and now work in the creative industry! How did this come about?
Charles> I didn’t know what I wanted to do growing up. It turns out it’s just because I didn’t want to grow up. That probably explains why I’m in the creative industry now.
I studied law then worked as a paralegal at the BBC in the UK where I got exposed to marketing (that makes it sound way more harmful than it is). I found myself drawn towards music, so when I relocated to Australia I got a job at a record label but it didn’t really fulfil me. I was however lucky enough to be good friends with probably the best creative in the world, and when he showed me the creative industry, I knew it was what I had to do.
LBB> Does this mean that you weren't that aware of the industry when you were younger?
Charles> Honestly, not really. But if anything, it probably makes everything fresh and keeps everything interesting; I’m constantly learning. Most of advertising is making stuff up, I just have to make up more than other people.
LBB> You've also worked in marketing, tell us how this correlates with your role as ECD?
Charles> It helps to have sat on the other side of the table when you’re talking to CMOs. I work with some incredibly talented creatives; my skill is being able to wrangle their abilities to make sure that our work works harder than everyone else’s.
LBB> What has been a career highlight?
Charles> There are some personal milestones. I won a Lion six months in as a freelance social writer, that really helped with the imposter syndrome. Ranking third in the world for copywriting was also a pretty neat accolade. But where my career is now is pretty much the highlight. I work with an incredible team at a place that’s reshaping our creative landscape.
LBB> Where do you find creative inspiration?
Charles> In people.
A really average creative, can be really good just by working from real insights. I often just ask myself how I can get that person to care about what I need them to care about. And quite often, that person is me.
LBB> Talk us through your day-to-day role.
Charles> I work with a team of creatives across three models of ‘creativity’:
Creative agency – performing all the tasks and services of a typical ad agency.
Creative consultancy – helping clients establish the ‘big idea’ and helping them manage/build an inhouse team that can help bring it to life.
Consultancy creative – Deloitte Digital actually creates a raft of products and services which we then help inject with creativity as we know it.
This keeps the days pretty full and pretty inconsistent in terms of a day-to-day.
LBB> What advice do you have for young creatives starting out in the industry right now?
Charles> When I got my first job at an agency the guy that hired me moved firms. I was a little concerned that no one knew who I was and also that I had no prior experience. He told me to “work harder than everyone else and make more ideas”, and that’s exactly what I’d recommend for someone starting out today.
LBB> What can the world learn from Australia's creativity?
Charles> Australia just seems to be a little braver. We don’t always have the scale, but we have the scale of ambition.
LBB> Any parting thoughts?
Charles> I read this as partying thoughts. So…go hard, then go home at a reasonableish hour to get some sleep, so you can do it all again.