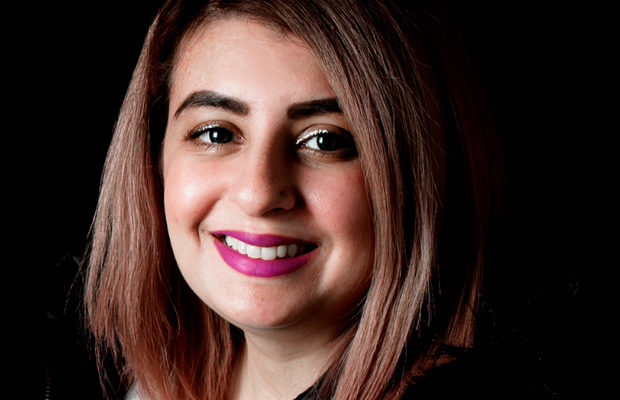 Hira Mohibullah wouldn’t ever describe herself as trailblazer, but looking at the mark she’s made on Pakistan’s creative industry, it would be hard to see her as anything but. The executive creative director has challenged the norms and expectations around of what women – and mothers – should do with their lives. At a former agency, she spotted an opportunity to turn a small, underused room into a space for her son – and when she joined BBDO she made the same request. This in turn encouraged more mothers bringing their children into work, not only impacting the way that they work, but the value they are given as not only mothers but creatives as well.
But for all the change she has driven internally at her agencies and in the work she has created, Hira is surprisingly introverted. It was thanks to an experience at Cannes Lions talk where she realised that her quiet nature was her strength – not weakness. Since then she’s been a TEDx speaker in Pakistan and been at the forefront of BBDO’s CSR campaigns.
Hira speaks to LBB’s Natasha Patel about what Pakistani audiences really want, her career and belief in herself as a creative individual.

LBB> Lets go back to the beginning, your younger years involved studied a range of subjects at school including physics and economics! But when was the moment you realised advertising was for you?

Hira> There’s a picture that was doing rounds on the internet a few years back, explaining how I felt through school. It shows a monkey, a penguin, an elephant and a goldfish all being asked to take the same exam by an instructor: to climb the tree. Well, we all know how it ended for most of them, but luckily, I got out in time. 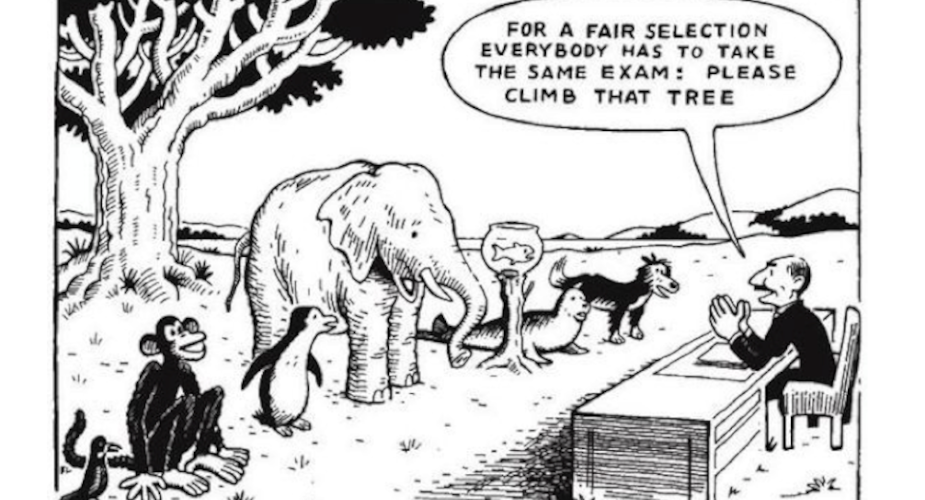 I was always the kid with the artsy side-hustle in class. Whether it was sprucing up our school badges with glitter-glued aliases for my friends, being entrusted to make a bake-sale poster for class or putting together the school newsletter, I was constantly, and rather unconsciously, bringing together my love for wordplay and design. So, when I found the Communication Design program at the National College of Art, it felt like it was especially curated for me. Advertising was an obvious choice after graduating, but I’ve gladly turned my childhood side-hustle into my main, never wanting an out since.

LBB> From that moment of finding advertising post-graduation to being ECD at BBDO Pakistan, what has the journey been like and which moments have stood out to you?

Hira> I’ve always been hardwired to be a mender, but in being this way, I would often find myself alone. However, it was when I came to BBDO Pakistan that I felt the same energy being reciprocated. People here wanted to fix the world. I knew I was finally part of the same collective vibe when I sat with two other female creatives in a room, Aamna and Huma, angered by a governmental body’s demand to let men beat women. We took that angst and turned it around in a campaign where we demanded men try and beat women, but at things they were good at.
A stand out moment for me was when I walked into the BrandYou session by The Invisible Creatives as part of the See It Be It program at Cannes Lions. That was the day I started to view my introversion as a strength, something that had given me the depth to be a listener, to understand my team better, to hire people for what they brought to the table and not what they looked on the outside, to know that the quality of ones words mattered more than the quantity. It was a pivotal moment in how I viewed myself as a leader.

LBB> You took a real stand against the negative views of motherhood and work by setting up a day-care room for your son in the office. What was this like for you and do you hope it can signify a change in the working practices of women in Pakistan?

Hira> If I’m being entirely honest, the room didn’t start out as a grand advocacy plan, but much rather was born out of a desperate need. I remember finding out I was pregnant with my first child, closely followed by the awful realisation that I might not be able to continue working because I couldn’t leave my child at home. If I were to continue working, I would need to bring my child to work. And it hit me. There was a tiny 8 x 8 huddle room at work that was always dark and always deserted, but incidentally it was also all I needed.
So, I went up to my then-CEO at Ogilvy and cautiously told him I was pregnant, and before he could say anything, brought up the room and how it wasn’t being used anyway. To my utter disbelief, he said yes before I could even finish my pitch. He generously offered to set it up, but I told him I only wanted the room and the rest I would do on my own. And I realise today, all it took was a deserted room that no one else wanted, for me to continue to work.
When I was being interviewed for BBDO, I asked for just the room, nothing else. Without any hesitation my ask was granted. Since then we’ve had more ‘work siblings’ share the room, and consequently it has turned into a better chance for mothers to stay on in the workforce.

LBB> With that in mind, what is the country’s gender balance like in creativity?

Hira> The creative industry is an anomaly within Pakistan, which is otherwise heavily patriarchal. You often hear of female creatives making their way to the top.
However, I feel there’s still room for improvement. I’ve experienced a definite bias that needs fixing within the hiring process. I’ve blatantly been told to consider staying home because I was now a mother in one interview, and was asked what my curfew was in another.
My contention is that the focus is hardly on the career growth plans a woman has for herself, but rather the plans she has for marriage or (more crudely) reproduction. It’s not about the kind of work she can put into her hours in the office but rather how many hours she can give to work.
I have always been a firm believer that good work can be done by anyone (regardless of their gender) and can happen from anywhere as long as the shared goal is to get the best work done in the given time at hand. (Low-key glad the pandemic helped me prove my point.)

LBB> The team at BBDO in Pakistan focus on a lot of CSR campaigns, how has that come about?

Hira> Like I mentioned, most of our campaigns start from a place of angst. Being from a third world country means there are a million and one problems to solve, and over time we have learnt how to harness the power to solve them. It’s a big point of pride for us. What begins as an incensed rant in a group, metamorphs into an insightful solution to our problem at hand. More often than not, we don’t even have a client to begin with, giving us room to handpick the best partners in the cause.

LBB> So, is this reflective of the consumers?

Hira> Consumers are smarter than we give them credit for. These days, it may be “cool” to slap on a social cause onto a brief, but the consumer can smell pretence by a mile out. Unless the drive at the core is true, the campaign can never be reflective of it. Our partnerships are always more transformational than transactional, more about the act itself than creating an ad. That’s what people are looking for. For brands to have an honest opinion; but whether that opinion is hated or loved, it must never forgettable!

LBB> What do you think makes Pakistani consumers so unique?

Hira> If the Pakistani consumer is one thing, it has to be misunderstood. Ever since I entered the industry, I have been hearing the word ‘aspirational’ being thrown around to describe what the Pakistani consumer wants to see in advertisements. Over time, I have found this observation to only be partly true, and honestly, quite damaging.
In adhering only to the ‘aspirational’ requirement of the brief, we have forgotten that it’s equally important to also be ‘insightful’. Because of this imbalance, we’ve dangerously settled into the safe zone of using superficial, escapist advertising (often with overly used celebrities), losing out on our chance to pioneer a more progressive advertising approach that forms a deeper connection with consumer.

LBB> I see that you're a TEDx speaker, tell us more!

Hira> It was my first ever speaker’s rush, and I loved sharing it with Moiz, a fellow BBDO act-vertiser (a term I’ve coined for someone who’s an activist and an advertiser all packed into one). We spoke about the responsibility all of us shoulder, to put out the right kind of stories into the world. The stories that are told to us growing up shape the world we begin to occupy: they define our limits, our fears and our dreams. At our core as advertisers, we’re story-tellers, and after having told the multiple stories we have at BBDO Pakistan for clients like UNWomen, it’s humbling to realise the kind of power we hold that could positively change the world we live in forever! 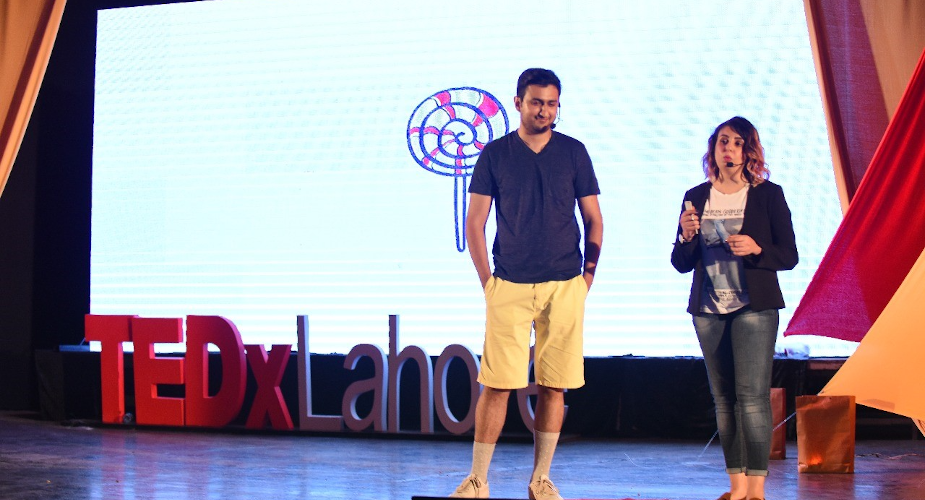 Hira> I cannot stress enough on the importance of the flux of creativity traveling bottom-up in an agency and not the other way around. The higher-ups may have the experience, but it’s the freshest talent on the team that’s closest to the pulse of what moves the world, making it incredibly important to empower them with a voice and learn from their point of view. It helps keep the creative spirit of the agency young, progressive and relevant.

Uprising: Yeibin Lee's Appreciation for the Lack of Boundaries in Advertising

How Can Brands Maximise Engagement through Vertical Storytelling?