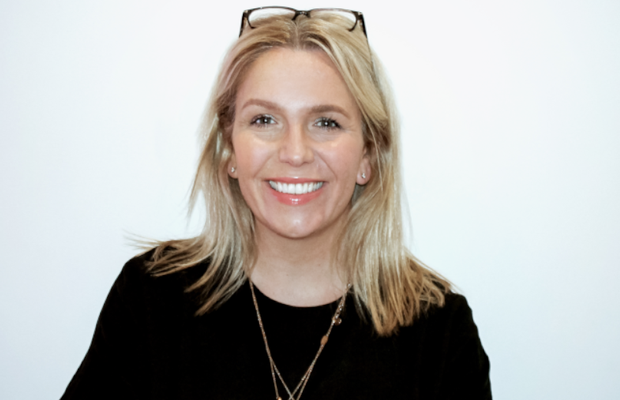 In June 2020 Lee Leggett was announced as CEO for Wunderman Thompson ANZ, a role she came into with over two decades experience working in the digital field. For four years prior to this she was a consultant for some of Australia’s biggest media agencies and brings with her a breadth of skills from working both in Australia and growing up in the UK.
Despite now heading up one of the country’s biggest agencies, Lee is also a special advisor for the United Nations in a role that supports conservation funds around the globe each time animals are used in ads. However, keeping it real and despite all of the incredible experiences Lee has been a part of, for her just being able to get her children to eat vegetables is enough of an achievement.
LBB’s Natasha Patel caught up with Lee to hear about her first few months in her new role and how she feels about gender equality in senior leadership roles.

LBB> Firstly, congratulations on your new role! How have the first few months been at the helm of Wunderman Thompson ANZ?

Lee> Starting any new role brings challenges. My super-power is human connection, and so in some ways, I felt like Covid was my kryptonite. I had to adapt and learn some new tricks to connect and lead. I spent my first weeks meeting everyone in the company. These sessions helped me understand the business but more importantly provided a way to try and get to know them on a personal basis a little more. But nothing beats being in the same room and so I am excited to be back in Melbourne and Perth in the coming months.

LBB> You grew up in the English Midlands, tell us more about this and how you discovered you had a creative side?

Lee> I was born and grew up in the UK in Coventry in the ‘70s.  I am an only child but had lots of parents. My dad was in TV, my step-dad in a band and my mum was a teacher so it was a pretty relaxed and modern set up. Coventry was an industrial, rather than a creative city (although that’s changed a little) and so looking back it was probably my family rather than my environment that encouraged me into a creative career.
I believe every single human is deeply creative and has a unique story. The degree of your or anyone else’s creativity doesn’t depend on an innate quality that you are born with. It does depend on the environment around you. That’s why it is important to focus on creating a culture where people can be themselves and not robots. A place where people can feel like they have a home and are supported by the people around them.

LBB> Do you remember your first interaction with the advertising industry?

Lee> I don’t remember the first, but I remember many that were formative. From Levi’s ‘Laundrette’, to Yellow Pages ‘Fly Fishing’, British Airways’ ‘The Face’, VW’s ‘Changes’, The Economist’s ‘Management Trainee’. I could go on. And on. And on.
There are so many that I wish I’d been part of but I feel lucky to have worked in some of the agencies that produced this amazing work. And worked with people that did. As soon as I could afford it I bought a personal subscription to Campaign (the UK advertising bible) and would stick pages of ‘The Work’ section up amongst the Luke Perry posters on my wall.

LBB> In your early days, was there ever a moment when you thought "I've made it"?

Lee> There’s been many highlights. But I’m not very self-reflective in that sense. I’m far more concerned with what I can achieve next.  I am early on in my Wunderman Thompson journey but if there is one thing I want the agency to be known for, it’s creating a culture where people can be the very best version of themselves, do great work for our clients and be good humans.
On a good day, this is the best job you can have and I think we should be prouder of the work we do and the contribution we make.
On top of that, if I can get some of Australia’s biggest brands to sign up for the Lions Share and get my kids to eat some vegetables, I’ll be very happy.

LBB> You stayed in the UK for a while before moving to Australia, what was it like living and working in the two places?

Lee> Advertising in London was incredible, but it was time to move. I always believe the best times are ahead. I have loved living and working in different places. In Australia I love that there’s a global flavour of talent here: homegrown talent, returning Australians and people from all parts of the globe who have come here for a different life. My family moved to Sydney almost nine years ago and it’s been a brilliant place to live and bring up our kids.

LBB> Tell us more about your advisory role with the United Nations?

Lee> One of my most rewarding roles has been working at FINCH. One aspect of this was leading Brand Partnerships for The Lions Share – a brilliant initiative from film director, Christopher Nelius and Rob Galluzzo, founder of FINCH. It’s a simple concept. When advertisers use an animal in their ads they donate a percentage of the spend to a fund to support conservation efforts around the globe. The fund is managed by the United Nations and delivered through its vast network of NGOs, civil society and governments on the ground worldwide.
It was a privilege to be involved and when I left FINCH, the UN asked me if I would continue in my role as Special Advisor. I am proud to be part of this change and believe brands across Australia can be too if they raise their hand. The time is now.

LBB> You've had so many senior level roles, have ever felt that gender equality is something that the Australian ad industry is lacking in?

Lee> Sadly, our industry has not historically been a beacon of diversity. Despite that as a woman, I have never felt my gender held me back. I have a number of people to thank for that including leaders such as Mark Collier, John Bartle & Helen Calcraft who were nothing by supportive and mentors including my WACL cohort from the UK – an industry networking organisation that brings together the most senior female leaders in marketing and communications to accelerate gender equality in communications and marketing.

LBB> What are your hopes for your time at Wunderman Thompson?

Lee> As a successful white woman, the real challenge is for advertising to become a more welcoming home for people of all backgrounds, gender and age. Wunderman Thompson has been really active in this space and on a personal basis, I feel I have a responsibility to pay it forward.