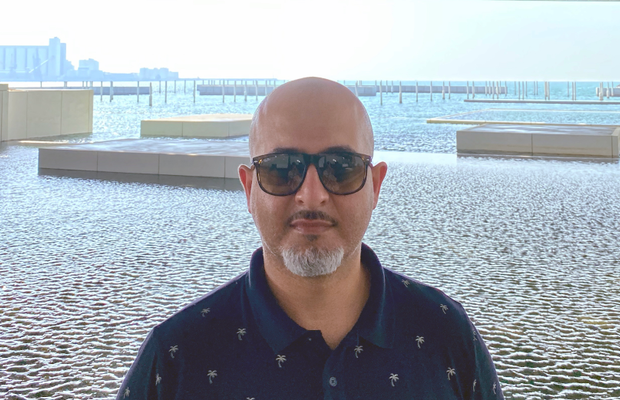 Ask any creative where they find inspiration and you’re sure to receive countless different answers, but one that will be pretty common is travel. Pablo Maldonado is no different. The executive creative director at Wunderman Thompson Dubai has worked in plenty of different countries over a career spanning almost two decades and cites the changing scenery as a constant source of inspiration and motivation.
While the past 15 years have seen a rise in technology, Pablo and his team have been utilising this to create campaigns for today’s audience with a difference. They recently released the Pay Cut Whopper campaign in conjunction with Burger King Arabia’s new app that allows users who have been subject to a pay cut to claim the same discount off their meals.
Pablo tells LBB’s Natasha Patel about this campaign and what creating campaigns with a human touch mean to him.
LBB> Tell us about your childhood and early years in Argentina.
Pablo> I used to get in trouble more than I wanted to. I misbehaved and usually spent many hours a day playing outside. In the ‘80s and early ‘90s, Buenos Aires streets were safer than now. At home, I was always reading comics and inventing my own stories. That was the beginning I guess of mixing copywriting with art direction.
LBB> Where has your career taken you since your beginnings in South America?
Pablo> Over the last 15 years I worked with incredible brands for multi-cultural markets at indie shops and global networks. From Buenos Aires to Mexico City. From Mexico City to California. From California to Austin, Texas. Then, way back to Buenos Aires and finally, from Buenos Aires to Dubai. I’m clearly all an expert on moving companies.
LBB> You’re quite the jetsetter! How have these moves and different places you've lived in impacted you?
Pablo> The process of adaptation has always served me to keep the energy and attention high. The fear of things going wrong, the doubts in the face of the new and unknown, also keeps you alert, and I always used them as my personal inspiration. And on the other hand, that's what makes our life a bit interesting, putting us in constantly changing situations.
LBB> What makes each of the consumers you're communicating with in the different parts of the world unique?
Pablo> Their beliefs, their culture and personal experiences. It's a combo that changes a lot depending on each place. That's why I've always tried to find out and tell stories with global insights, things that as humans have happened to all of us at least once in our lives. It is difficult, but a great exercise at the same time.
LBB> Is creating human connections something you strive for?
Pablo> Definitely, I like it when someone from Thailand and Argentina don't understand each other at all, but they can communicate by singing the same Beatles song, you know? I feel that there is a magic in that which is unique, and it always led me to think that as human beings we are not so different after all. So yeah, it's something I think about a lot.
LBB> What have the past nine months as ECD at Wunderman Thompson Dubai taught you?
Pablo> Every day was different, every day was a lesson. I understood that I will never be able to stop being creative, thinking, writing and doing ideas myself, but now it is much more important to inspire the team to do them and that is the first and most important brief I should solve from now on.
LBB> The pay cut Whopper for Burger King is such a great campaign and so relevant for today's world. What was the inspiration behind it?
Pablo> Thank you. It's relevant in this context, but the inspiration unfortunately came from everything we saw in the news or heard around us from friends and people in advertising and even other industries. We hate pay cuts, so we thought that Burger King, as a hero brand of the last few years, had to come in to bring justice and say something. The idea is perfectly adaptable to any country in the world and moreover, we're already talking to activate it soon in some of the major markets.
LBB> That particular campaign relies on an app to activate the discount and with that in mind, in your opinion how has technology impacted campaigns and creativity?
Pablo> What keeps on ruling will always be the idea. But of course, that well-applied technology is the ideal partner to enhance that idea, take it to every corner of the world and make it enjoyable to everyone. And now that we do everything from home, this is more important than ever.
LBB> You mentioned that travel inspires you, but what else makes you the creative you are?
Pablo> Talking with people, listening to them and detecting which stories motivates me and are the most relevant. At the end of the day it’s data, human data. Also, as I mentioned before, getting into trouble constantly keeps me active and thinking.
LBB> What has been the best advice you've received throughout your career?
Pablo> There are only two types of people on this: those who complain and those who do. It was told by the creative who taught me the tricks, Walter Aregger. He was right, nothing and nobody can stop a person with positive attitude, confidence and conviction. And besides, in advertising there's no time to waste on complaints.
LBB> Outside of work what do you do?
Pablo> Playing videogames with my kids as much as I can. Watching series or reading at night. I recently started swimming. I’m also a cool dude to share a beer with.
LBB> Any parting thoughts?
Pablo> I wasn't bad at karaoke in the old normality.

This is Not the Time for Gimmicks