The executive creative director at Wunderman Thompson KSA on switching from physics and maths to design, boundary-breaking in Saudi Arabia and a passion for company values 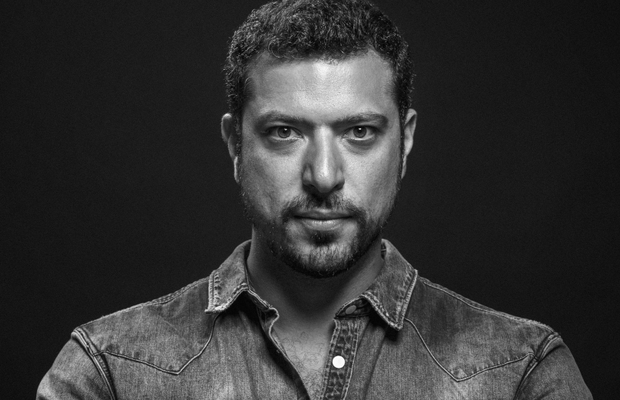 Wunderman Thompson KSA’s Rayyan Aoun is a creative who, like so many others, never knew he had a passion for creativity and the arts until he stumbled upon them. After growing up in Dubai, he studied at the American University of Beirut. He thought the world of sciences was his calling, but this analytical and left-brained freshman soon found out he had a completely opposite and emerging side: imaginative, intuitive, and visual. A short internship later, and he’s been in love with the culture at Wunderman Thompson ever since.
Eleven years ago, he transitioned over to the agency’s Saudi Arabia office and has been at the helm of some amazing creative work ever since. On top of this, Rayyan has been finding out how to appeal to a new generation of Saudis, looking for more ways to break cultural and societal boundaries, and adapting to the post-pandemic way of working.
LBB’s Natasha Patel caught up with Rayyan to hear more.

LBB> Let’s go back to your early years in Dubai – was creativity a part of your life?

Rayyan> I was born and raised and lived all my life in Dubai and when it comes to the creative part of my life, I wouldn't say I was when I was younger.  At school, I was always more interested in the sciences. Subjects like math and physics spoke more to me. I was also a sports lover, and at some point, I even tried to get into professional basketball. So, when I entered the world of design, this was a complete shift for me. Thinking it was an easy major that I can juggle with my Basketball career, I realised that it required way more time than I expected. But I absolutely loved it. With time, it consumed my whole life.

LBB> Do you recall any adverts from your younger years that stood out to you?

Rayyan> I used to visit Beirut every summer, and throughout my stays there, I would be captivated by Lebanese ads that filled the streets and all types of communication produced at the time. The advertising scene was fun, insightful, and memorable. We grew up with those ads and brands and I still recall them to date, but not specifically one that stood out from the rest.

LBB> Tell us about your first advertising role.

Rayyan> I had an interview with Chafic Haddad, the chief creative officer at Wunderman Thompson MENA, and he’s been my boss ever since. I joined JWT as a fresh graduate and I'm still with the team 16 years later. When I initially joined JWT, it was an unpaid internship however, literally one week after I joined, I just said this is the place that I want to be in.
The culture and the people made me stay, and that’s something I’ve learned from Chafic and JWT. People come first. This is the number one thing we focus on. Even as I took on a more leadership and managerial role, that still stuck with me because this was the starting point of my whole career. That mindset and culture is what we’ve been implementing here in Saudi, and that’s what resulted in the creative work and business growth. That was the number one lesson and has stuck with me till now.

LBB> Tell us more about this culture at Wunderman Thompson that drew you in and also, how has Covid changed it?

Rayyan> It's a creative agency with an open-door policy because we believe one shouldn’t think twice before talking to top management. It’s a casual environment where people enjoy what they do. It didn't seem like I was going to a job; it seemed like I'm going to a place where I want to have fun, and produce good work.
It was tough during Covid, especially at the beginning. It's not easy to brainstorm over a call. That intimate energy sparks a lot of ideas and creativity and that's honestly what we missed as creatives. We missed our dynamics, the corridor talks, and the unexpected brainstorming sessions that happen out of the blue.
The first thing that we did when the pandemic hit, as management, is we put everyone in the same mindset. Every single member of our team was on board and had the right can-do attitude. This really goes back to the fact that when you invest in the people, this is the payoff. Thankfully, we managed to grow the business and we managed to still do award-winning work.

LBB> Tell us about ‘The Biggest Art Gallery in the World’ campaign.

Rayyan> It was for Al Arabiya, which is a Saudi outdoor media provider. They were connected more with businesses, media and advertising agencies, but not with the people.  So they want to launch a brand campaign to communicate to the public the strength of their network. To bring to life the power of Al Arabia’s network, we turned its nationwide outdoor network into one gigantic art gallery giving unknown artists a platform to showcase their talents.
The campaign was the first-ever Grand Prix for any agency in Saudi Arabia. But more than that, it was an unconventional approach and probably the first campaign of that scale at the time.

LBB> With a lot of cultural and creative influences Saudi Arabia as a creative hub must be pretty unique. What have your experiences been?

Rayyan> Saudi Arabia is a country that has its own traditions, unique culture and values. There’s a wealth of ideas and creativity. There are endless insights and stories out there that were untapped. I think when there is rich material and rich content in the market, there is a lot of room for creativity.
Saudi Arabia is a great hub for talent. Once we started digging deeper into the culture, we realized that a lot of hidden talents were there, but were never given the space or the chance to express their creativity because of the conservative environment. We started to work and closely collaborate with them every chance we got to produce insightful and relevant content for our audience.

LBB> You mention a ‘conservative scene’ and talent that is not exposed, is there a scope for boundary-breaking campaigns within the market?

Rayyan> What we’ve come to realise is that Saudi society and Saudi people are hungry for new content. They're hungry for new topics. They have an appetite for comedians who are finally talking about important societal issues no one has talked about before.
Of course, there will always be people who respond negatively at first, and that happens in every society. But overall, people are accepting this kind of content and accepting this kind of humour or fun social criticism.
Brands are also starting to be more courageous by diving into these conversations, and people are welcoming this move. They're realising that this is our identity, so why would you shy away from it? It's us, so let's talk about it more.

LBB> Is there any work you’ve done recently that would fit into that category?

Rayyan> Our campaign for Burger King is a good example. Growing up in this region, I remember very well how we used to joke about this topic in specific; how some global brand names sound so different in Arabic because people simply fail to find the equivalent letters to the English name. And that was exactly the case for Burger King in Saudi Arabia. In Arabic, we don't spell the word burger the same way. Instead, we say ‘burjer’ or ‘burgher’.
So we introduced the campaign to poke fun at the way we pronounce Burger King and to connect more with Saudis. There was always this worry at the beginning about how people would perceive it, but we wanted to give it a shot. The campaign went viral and people loved it. They appreciated the fact that Burger King is making fun of its own name. They liked the fact that they're tapping into something so culturally relevant, something that no other brand had ever tapped into. It ended up being one of the most awarded campaigns in the agency’s history.

LBB> Finally, outside of work, who is Rayyan and how do you pass your time?

Rayyan> I just had twin baby girls, so to me right now, that’s the biggest challenge. I'm in this phase where I'm slowly trying to figure it all out, how to keep the perfect balance between spending quality time with the family, being present in the demanding world of advertising and being there for our team, our clients, and our creatives.
That's what's keeping me busy now. I'm having to let go of a lot of my personal time, which I used to play a lot of sports, enjoy the outdoor activities and watching movies, but I'm having to ease up a bit on that and focus a bit on the family. So that's what I'm trying to figure out.