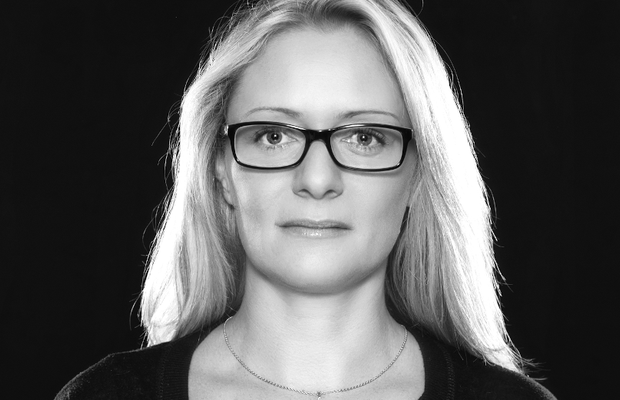 For Terri-Leigh Cassel creativity is about knowing how to think instead of knowing what to think. And it is this mindset that has spurred her career on - today she is managing director at Joe Public Shift in South Africa, a purpose-led, strategic brand design agency that’s part of Joe Public United.
Now, she spends her days working on how to make the world a better place using brands and despite the challenges that have come for the creative indsutry during the Covid-19 crisis she is optimisitc that agencies and brands now have the chance to think differently and bring creativity to the forefront of client conversations.
LBB’s Natasha Patel speaks to Terri-Leigh about her day job, advice for young creatives and what it means to be chair of the Brand Council of South Africa.
LBB> Has creativity always been something that's interested you?
Terri-Leigh> Absolutely. Creativity, for me, is knowing how to think rather than knowing what to think, and through this, finding new and better ways. I guess falling forward is the best way to encapsulate the point. I have always been an extremely curious person (from as far back as I can remember), and together with curiosity, I have great empathy for our world.
The previous great industrial revolutions have brought much good to our way of living, but they have also had a detrimental effect on our planet and ultimately the survival of our planet. It is time to recalibrate, rethink and recreate how we think to create better.
LBB> What does being managing director at Joe Public Shift entail?
Terri-Leigh> Changing the world for better, one brand at a time. My colleagues and I have spent the last three years (not discounting a lifetime of subconscious consideration) thinking about how to make the world a better place using brand as the driver. Today, we have a proprietary methodology called Growth Compass.
My day involves assisting brands in unearthing their greatness through defining their fundamental beliefs and drivers (also known as purpose). It has been proven that brands led by purpose do enjoy greater profits. But, the business must be rooted in the purpose and driven by it. If not, it is then just lip service.
LBB> Do you think there is enough gender equality in positions such as yours in the creative scene of South Africa?
Terri-Leigh> No, it is still very much a male-dominated space. However, much progress has been made over the last five or so years.
LBB> The world is collectively going through so many changes at the moment, how has this affected the industry in South Africa?
Terri-Leigh> A little scary, to say the least: many budgets have been cut, and businesses are tightening their belts. This places great pressure on the brand and communications space. But we are a resilient industry, and we are having to think about doing things differently. I think this is a great time for all industries to start thinking differently; the world is fundamentally changing, and this is just the beginning.
We are going to have to bring creativity to the fore not just to survive the crisis but grow from it.
LBB> What is your favourite brand to have worked with thus far?
Terri-Leigh> PAST ALL FROM ONE. PAST is the largest independent African-based not-for-profit organisation working in the origin sciences, supporting education, research and public understanding programming of the prehistoric origins of life and humankind.
Since 1994, they have used the science of our shared origins to pursue their core mission, which is to benefit humankind's future. They do this by providing a science-based perspective on two of the greatest challenges facing societies everywhere: discrimination (particularly that based on race) and the rapid, human-induced loss of natural environments and biodiversity. PAST is predicated on the belief that ignoring lessons from the vast 3.8-billion-year period of prehistory, which preceded written history and during which life on earth originated and diversified, is like a 40-year-old basing a crucial decision on experience gained in the last 30-minutes of their life.
We recently conducted a Growth Compass for the organisation and will be soon taking it to the world. So, keep an eye out – it will be worth it.
LBB> What has been your biggest challenge to date?
Terri-Leigh> Developing Growth Compass – it was difficult because it required finding the balance between the so-called 'softer stuff' (heart) and the 'rational stuff' (headspace).
The boardrooms are filled with accountants, actuaries, financial and general numbers people. How on earth do you convince them that if they stand for something that rectifies an injustice rooted in a heart-space belief, they will be more profitable? Those were the most difficult initial conversations, but we are growing our case studies year on year.
LBB> Aside from your day job you’re chairperson of Brand Council of South Africa. Tell us a little more about this.
Terri-Leigh> We believe that creativity can inspire and implement change in the world. And our purpose is to lead creative design thinking and promote the role that it plays in South Africa.
Our role as a council is to re-establish the importance and value of design in the industry and our world.
Sadly, the value of excellent design has been lost to commoditisation and massification. We need to see more due diligence and consideration given to design thinking in all respects and to be held in the highest regard. Our world depends on it.
LBB> What advice do you have for young creatives?
Terri-Leigh> Learn HOW to think, not WHAT to think.
Sadly, school systems across the globe are teaching our future what to think and not how to think and solve problems creatively. There are only a few countries in the world that are light years ahead of the standard system.

It’s in The Science, Stupid