As the final round of judging creeps closer, we hear from the LATAM finalists 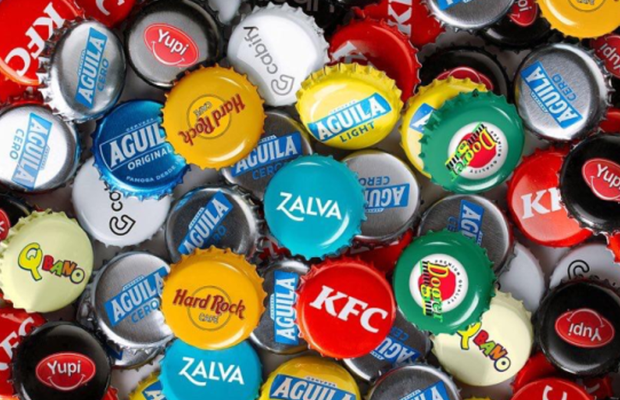 Latin America was the region that set the tone for the Immortal Awards 2020. The first regional heat saw the judges ruthlessly whittle 96 entries to seven finalists. This was a jury that wanted to put forward the best of the best to make sure that the region truly shone when it came to final judging. And it’s a pattern that ended up being replicated across the regions - with no obligation to fulfill a quota - or restrict themselves to a quota - the team landed on seven sparkling pieces.
As excitement builds for Friday’s final round of judging, we’ve spoken to the finalists to find out why they believe their work deserves to be considered truly Immortal.

“Brazil is a continental country where five thousand people die in traffic related incidents annually, with 65% of cases involving drink-driving. Many awareness campaigns are created, but few to none are able to cover areas far from large centres where most accidents happen. Responsible Billboard was created in order to raise awareness of this serious problem in large Brazilian centres with emphasis on the more deprived areas in the world’s fifth largest country.
“At a cost almost close to zero (the trucks had to be painted anyway) we painted our trucks showing our non-alcoholic brands as well as the direct awareness message. We started with Brazil’s largest mainstream party, the Carnival, and have continued on the streets and highways throughout the entire country.
“For one to get a sense of the magnitude of the campaign, we travelled one million kilometres across Brazil with hundreds of trucks together with the largest distribution fleet in the country.
“Immortal ideas are the simpler and stronger ones. Are timeless. Responsible Billboard has all these elements, it brings a very simple, strong and direct idea: If you drink, don’t drive.” Pedro Bullos and Erico Braga, Africa

“There are two main reasons we think The Beer Cap Project is an extraordinary solution for the binge drinking problem. First of all, we love the simplicity of the idea: it puts the product in the centre as an enabler of the change of behaviour. Not many ideas do that. Second of all, the scalability of the idea: every single beer brand in the world has bottlecaps on their products, so every single one of them can be part of the solution. Even though we needed some allies to make this a reality, we think the BCP is a solution that can solve a problem for the whole global alcohol industry”. Carlos Andrés Rodríguez, chief creative officer, MullenLowe SSP3, and Miguel Merino, marketing director for Aguila, ABInBev

“Sparkling wines are always around when there’s something to celebrate. Pop! So when in 2019 Navarro Correas became the official sponsor of the Palermo Polo Open, the number-one polo championship in the world, while celebrating we asked ourselves... what if there’s someone who doesn’t wait for things to happen and turns every single opportunity into a celebration? Well, besides the fun and with a business perspective, it would really help to fight product seasonality.
“That was exactly what Sparkling, the unapologetic polo horse, did for the brand. A five-minute mockumentary told the story of this bon vivant, since the day he was born until his  farewell match, that set him free to enjoy his true passion: having fun. First released as a teaser trailer and finally showcased during the opening day, it got to be a milestone in the tournament and in pop culture as well.
“In other words, it became evidence that when you seek never-ending fun, immortality is what you get.” Hernan Ponce, Ponce Buenos Aires

"In an information-saturated world, it is rare when a campaign can do more than simply draw attention to a message. Regarding the case #AskFor24, we reached the cultural level by touching on such a deeply-seated prejudice. And more than that, the movement was able to break an old taboo and give a new meaning to the number 24 in the context of football. We are very proud of this achievement" Eduardo Salles, ECD, MullenLowe Brasil

“The Anti-Bullying Skin idea came from a trend, not a great one, but one that needed attention. We saw that some kids were facing online bullying, just because they did not have the same in-game ‘skins’ as others. So as Samsung was launching its new Fortnite skin, the first that could be donated, we decided to rebrand it here in Brazil and use it to fight bullying. To do this we brought together both clients, Samsung and Fortnite and recruited some of the biggest gamers in Brazil to stimulate everyone to get their brand new skins and donate to people that did not have one. An initiative that was a success during the live streams and really attracted attention to the issue, while also providing a solution.” Claudio Lima, CCO, Cheil Brazil

WhatsApp - It’s Between You

“This was the first WhatsApp advertising campaign worldwide. And much more than just telling a story, we decided to tell a real one, which happened several times in Brazil: a private relationship of friendship between two rivals of samba schools. And how only WhatsApp could provide that. To tell this story, we went further: we decided to shoot it in samba school communities in Rio de Janeiro and have as actors only people who lived in a samba community as well. Casting and a location 100% compatible with the subject. More than a tv spot, we created a short film that shows the human side of people who live for samba and the other side of the famous parade that everyone knows. The private side.” Pedro Corbett, creative director, AlmapBBDO, Brazil

“Although it’s a world-renowned organization, people are often unaware of what the Red Cross does on a local level. People are losing sight of the Red Cross's vital work around the world, perceiving the Red Cross as only helping victims of fires or organizing blood donations. To solve this problem, we needed to remind people, simply and powerfully, that the Red Cross provides relief for more extensive, global issues.
“To communicate this, we created a print and poster campaign conveying a simple and powerful insight: When human crises occur, and everyone runs away, the Red Cross runs toward. Run. For. Life connects emotionally with the audience to exhibit how the Red Cross is the first to respond and save lives when everyone is running to save their own.” Icaro Doria, global chief creative officer, Havas Health & You