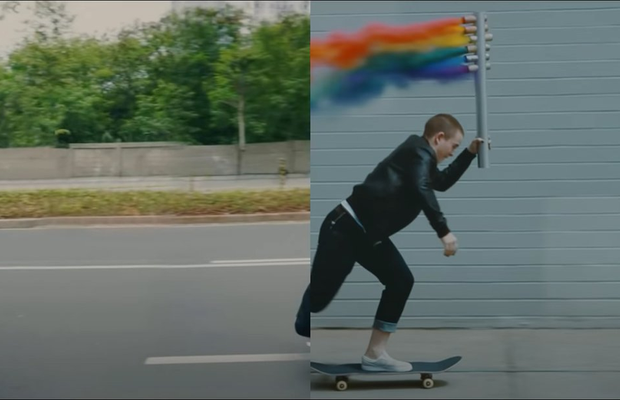 “In 2020, we hijacked a debate that was raging for nearly a decade: is it pronounced Jif or Gif? Hard G or Soft G?
“It seemed as though everyone had picked a side. The inventor of the GIF file format, Steve Wilhite, said it was a Soft G. President Obama was team Hard G. But what about Jif, where did we stand? Simple: there are billions of GIFs (with a hard G) but only one Jif (with a soft G).
“Together, with Giphy—the world’s largest Gif platform and fellow hard G’ers—we launched #JifvsGif, taking on the inventor of the GIF, professional linguists, and millions of keyboard warriors worldwide who had been calling the graphic interchange format the same name as our beloved peanut butter. Did we change all of their minds? Nope. But we sold a ton of Jif, and successfully branded the debate.
“People are going to squabble over the pronunciation of this file format forever, which is cool with us. It just means that our campaign will live on too, making it as ‘Immortal’ as the Immortal Awards themselves.” Publicis New York

Nike - You Can't Stop Us

“At its heart this is a film about the power of bringing people together. And the split screen is a visual metaphor for that. It’s a theme that this year is exasperated by the extraordinary circumstances we have been living in.
“Sports for so many represent our hopes and dreams. The absence of all sports in Spring 2020 for the first time in our lifetime has been a very strange thing to reconcile.
“The return to sports over the summer gave everyone a lift, a feeling of hope, which in these darker times feels like a bit of a light at the end of the tunnel. This film marks that moment. Beyond that it's a celebration of the diversity and importance of sports in our lives both as participants and as fans.
“What we loved most about the narrative is that it’s a positive message of defiance and togetherness in a world where we have all been separated. The wide spectrum of people, places and different sports is a powerful snapshot of the truly diverse world we live in.
“I like to think we partnered with Wieden+Kennedy to make something that really captured a moment in time in a positive way. Oscar and I have to tip our hat to the team around us on this. Wieden+Kennedy assembled an extraordinary group of talent, led obsessively by their super producer Katie McCain. Not least our editors from Joint, Peter Wiedensmith and Jessica Baclesse, whose meticulous skill, passion and dedication was the heart in guiding, shaping and making this obsessively crafted piece of film.” Davud Karbassioun, president, Pulse Films LA

"'Life Needs Truth' is a new campaign that celebrates Times journalism as part of the fabric of life and for covering the defining issues of our time—with daily news and podcasts to health and cooking to technology and home. The film itself is a five-verse poem about life, built with words lifted from Times reporting. It is a groundbreaking film that puts the rhythm of the poem into the viewer’s head without words or narration, reflecting the relationship the people have with the Times when they read it. As these images, words and sound come together, we capture the energy and breadth of the reporting and make people feel that for every part of our chaotic and upended lives, there is a piece of journalism to help bring clarity and guidance to it." Ben Brown, copywriter, Droga5
“I am obsessed with the news, in particular the journalism in the New York Times, so when Droga5 approached me to work with them on this film I was instantly inspired. The idea of creating a piece of film that could somehow capture the ‘feeling’ of the New York Times and the way it touches our lives was exciting. I also love archival footage and photo journalism so the opportunity to delve into their archive was special and endless.” Kim Gehrig, director, Somesuch
“We were excited and inspired to get involved in this important, ambitious  and provocative piece by director Kim Gehrig, and a phenomenal Droga 5 team. Working to fulfil a poetic film about the idea of representing ‘truth' - musically, sonically and through telling a story in a unique and deeply current way - was a challenge we at Soundtree relished.
Kim always gives us the creative license to reach far out and in. With this collaboration we were able to push and explore boundaries and concepts because the film had so many possible paths and avenues it could pursue. We all wanted to put a stamp on this opportunity, whilst wanting to be both brave and clear. Working with Makaya McCravan’s ‘Requests’ and composing new music around and beyond it became our action plan, having taken a while to figure out the right tone for this delicate and deeply relevant piece.
The film was all made during lockdown and the Soundtree team of Peter, Luke, Luis, Neil and Graham all worked seamlessly together and with all our collaborators to allow the flow of the project to come together and find its right place in early and challenging covid times.” Soundtree Music

“To celebrate the 100th season of the NFL, we didn’t just make an epic film featuring over 30 of the biggest players and influencers in the world. A film that was shot over 10 production days spanning two months. No, our film, "The Next 100" went one step further, ending LIVE on the field of Super Bowl LIV in front of 62,000 fans in the stands and 100 million people watching across the globe.  A Super Bowl first, our film seamlessly transitioned to live television broadcast for the last :30 as Bunchie Young - the internet sensation and star of our film along with 32 kids cast from across the country - delivered the actual Super Bowl LIV game ball to the referee to kick off the game. We created a media frenzy, we captured America's hearts and we moved the needle for the NFL, it's work we're proud to have been a part of.” Zach Hilder , group creative director, 72andSunny

“Every once in a while, a piece of work comes to you that's so powerful and outstanding, you want to dive right in. When Geoff Edwards, partner at Saturday Morning, came in to speak with us about this P&G project and its origins, we were so deeply moved and we knew it would be an honour to be a part of something so special. The project contains relatable moments that have been experienced by each creative on the project. It's profoundly personal.
“Micro-racism is a subject that people rarely talk about, but people carry this subconscious bias and might not even realise it. We wanted to be a part of a project that brings this subject to the forefront, challenges you to look at your own behaviour, and enables people of colour to feel seen and have these very real, everyday experiences validated.
“It was impactful, and not just because we believe it to be, but because we received notes from people who felt moved and compelled to  change their awareness and behaviour as a result of viewing the piece. All of these reasons not only make it Immortal, but something that is truly impactful.” Kelly Bayett, CD / partner, Barking Owl

“It’s an incredible honour to work with Sandy Hook Promise. The parents and families in this incredible organisation suffered an unthinkable tragedy, but turned it into a mission to protect the lives of kids everywhere. We’re all inspired by that, and feel a responsibility to deliver smart, provocative and effective work for them. We hope this work is immortal because it HAS been so effective. It received an astonishing 3.9 billion media impressions, was tweeted by 11 of the presidential candidates, and found common ground between people on both sides of the gun debate.” BBDO New York

“Swipe Night is a first-of-its-kind interactive miniseries produced and engineered to live solely inside the Tinder app, giving users a completely new way to match. It was a dream project for 72 because we were handed a pretty run-of-the-mill problem (brand relevance) and answered it with a completely lateral solution—a game-changing hybrid of dating, entertainment, marketing and technology that ultimately reached more young people than a brand campaign ever could. And that’s why Swipe Night is immortal; its ‘entertainment with purpose’ model has literally changed the way Tinder goes to market, and moreover how they look at their own product dev roadmap. The best part, however, was the seamless integration of our teams across 72 and Tinder and our shared spirit of curiosity, innovation and passion for creating something with a stack of benefits for our audience: a fun experience, meeting new people, and conversation starters that briefly broke the internet (let’s just say, we hope you didn’t cover for Graham). We’ve never worked harder nor had more fun than while building Swipe Night brick by brick, and watching it unfold swipe by swipe.
“PS: While the pandemic put some bigger plans on ice, Swipe Night was recently re-released to great success around the world, driving even higher engagement here in the US than in 2019.” Matt Murphy, executive creative director / partner, 72andSunny