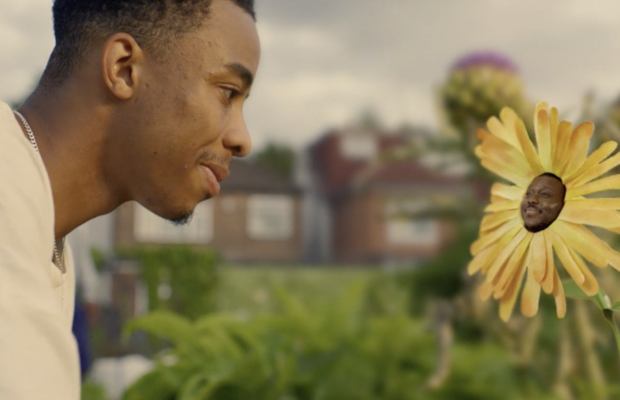 Claire Norowzian has directed a new short film for Mind Food charity and Media Trust, titled ‘Bud’, telling the story of a young man named Joe who finds some balance in the middle of a mental health struggle, through the power of plants and gardening.

Kept to himself in his bedroom and consumed by only his own company, Joe is startled by a talking plant that calls out to him and grabs his attention. Soon he is taken on a journey of discovery about the possibilities available to him in regards to addressing his mental health. The film is humorous and absurd, yet also very reassuring and calming as Joe gets to meet other individuals who are on similar journeys of introducing themselves to nature therapy.

Claire, who also co-wrote the film explained how it all began: “I was invited by the organisation Media Trust, who partner film makers with local charities, to create volunteer films. I was partnered with the brilliant, nature therapy charity in Ealing, mindfood.org.uk. My writing partner Phil Ball and I have both personally experienced issues with mental health in our families, so we were incredibly keen to get involved.”

Claire then went on to explain how these personal experiences helped to shape a narrative a bit differently from what’s normally shown when addressing mental health. “Mental health advertising tends to have a particular tone,” she said. “But we came up with the idea of a disruptive black comedy that speaks to a young, male audience through the medium of a streetwise, sassy pot plant! As we live through a continuing global pandemic, everyone’s lives have been thrown upside down and our mental health has taken a major hit. Frustrated that humans don’t take the benefits of the natural world seriously enough, nature is fighting back to help save our emotional well-being.”