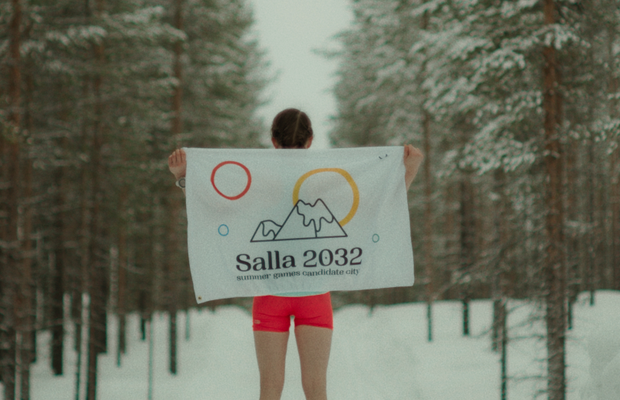 With 1 Grand Prix, 6 Golds, 4 Silvers and 10 Bronzes for seven different projects, Africa DDB was recognized as the most awarded Latin American agency at Cannes Lions International Festival of Creativity 2020/2021. In addition to leading the ranking in the region, the agency is also among the most awarded in the world.

The information was released today by the festival through the Lions Creativity Report, which revealed the official global rankings of creative excellence, including the agencies, networks, regions, countries, cities, brands and people who performed best this year.

Africa DDB's Grand Prix, the festival's top award, was won in the Entertainment Lions for Sport category with 'Salla 2032', a project that calls attention to the gravity and urgency of the current climate crisis and the consequences of global warming. The recognition in the category, unprecedented for a Brazilian agency, and the various awards won by this campaign gave House of Lapland, an organization responsible for promoting Finnish Lapland as a travel and business destination, the first place in the ranking of Highest Ranked Brands in the Travel category.

The agency was also a runner-up in the global ranking of Agency of the Year in the Entertainment track and it was the most awarded within DDB Worldwide, which was named Network of the Year in Latin America.

“Being recognised as Latin America’s Agency of the Year at Cannes Lions is the result of the creative consistency that Africa has been delivering for many years. This recognition not only celebrates our team and our work, but also the overall Brazilian creativity, which has been increasingly respected and celebrated around the world,” says Sergio Gordilho, Africa DDB’s co-president and CCO.