Hugh Fletcher, global head of consultancy and innovation at Wunderman Thompson Commerce, suggests the brand’s brand advertising shows that it must be taken even more seriously 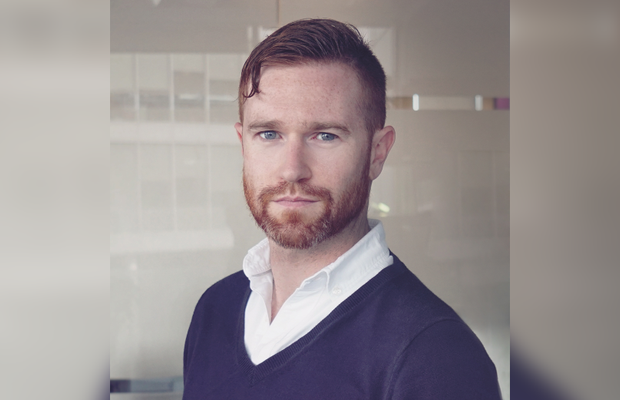 Has anyone else noticed a rise in Amazon advertising recently? Sure, we can all pass subjective comment on its creative merits, but it’s the proliferation of Amazon advertising that we should really sit up and take notice of.
In a year when the notion of Christmas seems more than a little subdued, Amazon’s ‘The Show Must Go On!’ Christmas TV ad has been gaining airtime. Its early Black Friday deals TV spots ‘Christmas Lisa and Christmas Claire’ have been hitting our screens too in the run-up to Black Friday, and in print it is using its delivery credentials to talk about how “Amazon delivers the rugby” via Prime Video.

Why should we care?

For the last few years, Amazon has been all about service
In 2018, whilst running some research into e-commerce buying behaviours, we identified an interesting trend… consumers were becoming more loyal to service than they were to brand (when asked what made them loyal, 88% said service vs 78% who mentioned brand).
This finding was surely music to Jeff Bezos’ ears, who as early as the ‘90s, was telling his shareholders that “consumers were only loyal to Amazon up until the point that someone offered them a better level of service”.
Fast forward 20 years, and it will be reassuring to the world’s richest man that 75% of consumers believe that all brands and retailers should offer the same level of service as Amazon. In other words, Amazon is now the benchmark for service.
And this gold standard service is something that Amazon has used to make inroads into the retail market. In the UK, 35% of all online retail sales are made via the Seattle giant.
Even a global pandemic can’t stand in its way. Based on its ability to keep its customers serviced throughout lockdown, it saw its perception amongst UK consumers increase by 25%, and intention to purchase with Amazon in the future increasing by 20%.
Not content with winning lockdown 1.0, it went on to change the landscape of the Black Friday period, transforming it into a 10-week retail “mega peak”, kicking off with its delayed Prime Day in October. Winning the 10-week mega peak was made all the more certain by lockdown 2.0 which has closed all non-essential physical stores during the Black Friday period, meaning that our data, which indicated that 65% of Black Friday spend would be via Amazon now looks conservative.

So, what’s this got to do with Amazon’s advertising?

Until recently, many people had claimed that Amazon’s focus is transactional. They’ve called it a marketplace and said that it’s lacking in well-thought-out user experience (UX). And while many brands have historically invested in “brand equity”, Amazon has invested in infrastructure.
But its sudden increase in advertising has heralded a new dawn for Amazon, one where its transactional history as a simple marketplace is being replaced by its future as the pre-eminent brand in retail. It is ushering in the dawn of the service-led brand, and retailers and brands the world over must sit up and take note!
To do this, Amazon, via its advertising, has pulled on our emotional heartstrings and positioned itself as more than just a marketplace. It has identified that during lockdown, and likely during this Christmas too, it was and will be a vital partner to consumers… and we all know that brand communication based on truth and authenticity is a very powerful tool.
The production values of its advertising also place it in direct competition with the likes of John Lewis and enter it into the now much anticipated “best Christmas ad” debate. For consumers, the message is “we see ourselves on a par with the traditional retailers and grocers who for so long have facilitated family Christmases”. For retailers, the message is even more stark – a more complete retailer is now here to take what was traditionally yours.
While Amazon is, and has been, the benchmark for service, it has never been reference-class as a well-crafted communications brand. However, its increased foray into brand advertising shows that it must be taken even more seriously, especially when it can back up its brand claims with service.

What does this mean for other brands?

Amazon is the benchmark for service. And for a number of years, we’ve been telling brands that they need to invest in their services to keep pace.
But rather than just focusing on its service, Amazon now seems to be focusing on its image. It now seems to be investing in both service and in brand equity. And this is bad news for other brands. It will require budgets to be split between equity-building and investment in infrastructure.
This is the new dawn of service-led brands – where brand equity backed up by service will be the expectation and those brands that don’t offer both will no longer be acceptable.