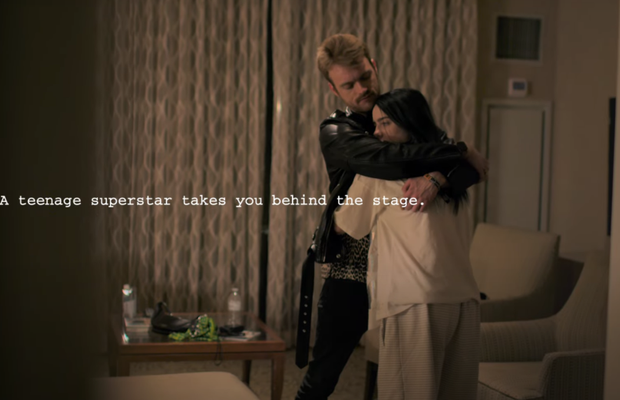 Apple launched a new spot during the US broadcast of the Oscars, highlighting some of its breakthrough films from the year. The ceremony is a significant moment for Apple Original Films as it makes its debut in The Academy Awards with nominations for both the animated film 'Wolfwalkers' and 'Greyhound', written by and starring Tom Hanks.
This spot, entitled 'An Apple Original Film' and created by TBWA\Media Arts Lab, builds on the brand's Storylines campaign that launched in December, which highlighted a number of Apple Original films and shows that has already appeared on Apple TV+. In this iteration of the campaign, the three featured titles in the spot include 'Billie Eilish: The World’s A Little Blurry', 'Palmer' and 'Wolfwalkers'.
As in the first installment of the campaign, a screenwriter’s logline describing a familiar story arc appears across the screen, over a corresponding scene from an Apple Original. The cursor on the screen abruptly moves back into the sentence and edits the logline of the story as the true nature of the Apple Original is revealed.
The campaign will on broadcast, TVO, digital and social channels including Twitter, TikTok and Snap.
Apple has established a home for high quality, best-in-class films and shows from the world’s most visionary storytellers, working with an impressive array of celebrated creative talent, including Billie Eilish, Jon Stewart, Oprah, Tom Hanks, Martin Scorsese, and Maya Rudolph. Apple’s original films and series have been honoured with 106 awards wins and 364 nominations to date since the service debuted just over a year ago.