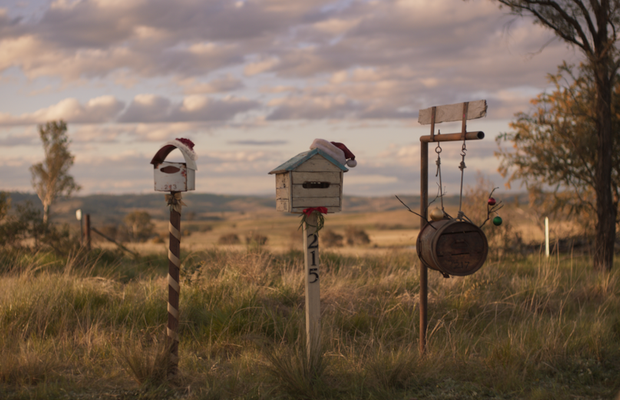 Australia Post has launched its latest Christmas campaign, reminding people that there is nothing more exciting than a trip to the letterbox at Christmas time. The new ‘Spread the Merry’ campaign urges people to reconnect with loved ones they may not have seen for a while and deliver Christmas joy with Australia Post.

Created by The Monkeys, part of Accenture Interactive, and directed by Lachlan Dickie, the campaign film brings to life the many diverse voices and personalities of Australians through the use of classic and quirky Australian letterboxes and a familiar song, You Make My Dreams (Come True).

As Australia Post continues to work hard to deliver across the country this Christmas, the nation’s letterboxes show their excitement by spreading a joyous tune far and wide, and the film is sure to change the way Australians look at their letterbox.

The integrated campaign launched on television with 45s and 15s spots and will run through November and December across TV, out-of-home, broadcast video, radio, social, digital, press and in-store.

Australia Post chief marketing officer, Amber Collins, said: “After another challenging year for many Australians and a long-awaited Christmas, we wanted our campaign to be the ultimate expression of festive joy.

“This year’s new ‘Spread the Merry’ campaign uses the humble letterbox to showcase the breadth and diversity of Australia and demonstrates how Australia Post’s vast network connects Australians far and wide every Christmas.”

The Monkeys creative director Hugh Gurney adds: “After a tough year, we wanted to give Aussies a bit more ‘merry’ this Christmas and, at the same time, change the way they look at their letterboxes.”