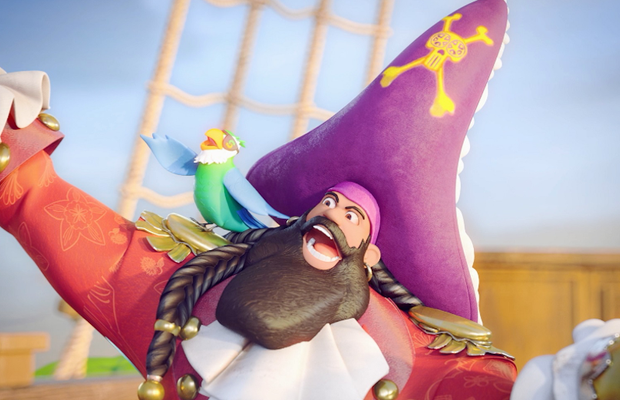 Subway has unveiled its first-ever gaming experience, 'Sink a Sub', a virtual at-sea battleground that will transform the way consumers engage with the brand’s most iconic product – the submarine sandwich. Across November, Sink a Sub players can win a treasure chest of prizes including an Isuzu M-UX, $10k cash, bikes and Subway food.
Every customer purchasing a sub-and-drink at participating Australian and New Zealand Subway restaurants will receive a code for a high-sea gaming experience that invites players to sink a submarine sandwich on the digital gameboard.
“With 'Sink a Sub', we’re doing things in a fresher way and making everyone a winner. Every guest who plays wins a prize. So even if you miss when you fire your meatball cannon, you’ll still win instant swag, including Subway cookies, drinks and meal upgrades,” said Subway head of marketing, Rodica Titeica.
'Sink a Sub' is Subway’s first venture into a gaming experience, with the concept, build and promotion developed by Wunderman Thompson in Australia and New Zealand. The agency’s specialists in creative, experience design, shopper and technology led the gamification strategy and experience, plus the CX and path-to-purchase retail campaign.
WPP AUNZ’s Ikon Communications (Brisbane) will use the power of multiple media channels to build relevance and drive action, delivering scale and frequency to make Sink a Sub feel like the biggest ship on the ocean. Unlisted (formally known as Passion Pictures) also worked alongside Wunderman Thompson to bring the animation of the gaming experience to life.
Frank Martelli, experience design director at Wunderman Thompson, explained: “What began as a hallway conversation over 12 months ago has now seen a passionate team at Wunderman Thompson, Ikon and Subway come together to bring Sink a Sub to life! It's a simple idea that brings fresh energy to the brand in a new and unique way. We’ve been very focused on making the game seamless and engaging for users to interact with, whilst working hard to build in complex gamification strategies and frameworks to ensure Subway customers return to restaurants and the game again and again and again.” 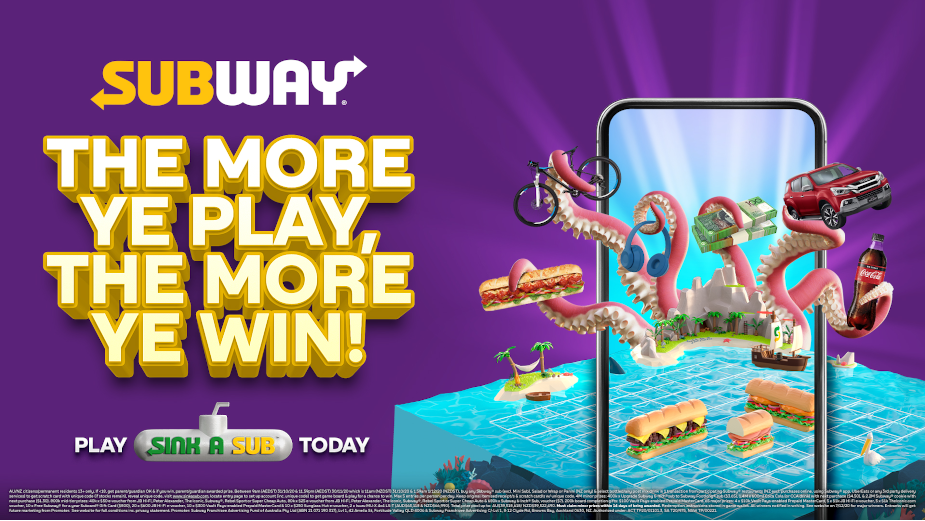 Partner, shopper marketing at Wunderman Thompson, Georgia Bruton, added: “We know the most motivating and successful promotions are the ones that deliver instant gratification, but logistically they are the hardest to execute. The Subway team were undeterred and agreed that to deliver a successful campaign, we needed to reward all customers with not only a fun and interactive experience, but one in which everyone wins instantly. Well done to Subway for believing in such a great idea and for being such a great partner. It took true partnership skills to make something like this happen, especially in the space of three months.”
“Wunderman Thompson and Passion Pictures (Unlisted) have brought this digital treasure-map alive with market-leading animation and gameplay. This November, plot a course for Subway and claim your own share of the treasure with Sink a Sub,” continued Rodica.
'Sink a Sub' will be heavily promoted online, in-store, TV, OOH and radio throughout November.