Be a Barista at Home with Nescafé GOLD Speciality Coffee Spot 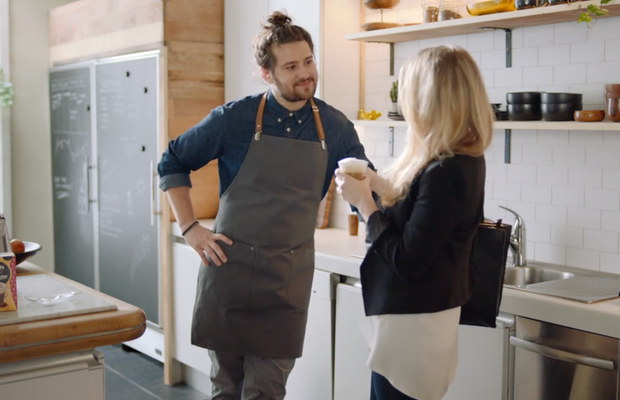 Full-service marketing agency WorkInProgress (WIP) has completed a pair of campaigns for client Nescafé’s GOLD and RICH brands for the Canadian market. WIP has worked with Nescafé for the last three years creating campaigns across a variety of products in their portfolio. This is the first work for RICH.

Nescafé wanted to show viewers that the coffee escape they look forward to in their day can happen in the comfort of their own homes. The objective was to build awareness and drive trial of Nescafé GOLD’s specialty lattes, cappuccinos, and mochas and encourage people to add an in-home ‘specialty occasion’ to their week in addition to those they spend out on the town. Then, Covid-19 happened and the idea of making in-home coffee became even more relevant.

The creative consists of several short and sweet videos (three 30, one 15 and 11 six second spots) that highlight the product with beautiful ‘making of’ shots. They will run through July 5th.

The out-of-home specialty coffee experience - say at a Starbucks or Tim Horton’s - is an involved, multi-step process in which a drink is crafted by a professional just for you. The thought of trying to mimic it at home is intimidating to individuals, so the spots visually demonstrate the ease of crafting Nescafé GOLD. In one spot, a male barista calls out a woman’s name when her coffee is ready only for viewers to realise she’s in her kitchen and the male barista is her boyfriend. “What’s easier than making a cappuccino at home?” titles say in another as the brew is made in under 10 seconds. 'Making it disappear.'

“With Nescafé GOLD Specialty, there’s a much better chance of the barista getting your name right, because the barista is you - or in the case of the spot - your significant other,” said Matt Talbot, WorkInProgress CCO.

Meanwhile, WIP’s creative for Nescafé RICH is set to launch on national TV in Canada on May 25th and run through July 19th. The brand has a loyal following, and the work is designed to communicate that Nescafé RICH is now available in single serve coffee on demand (SSOD)

The challenge? Visually communicating this shift from instant coffee to single serve pods. WIP created one 60 second, three 30 second and one 15 second spots in which an apartment dweller goes next door to reclaim the single-serve coffeemaker he gave to his neighbour a while back. It’s a rather stilted conversation. They also delivered three 6-second spots that leveraged practical effects in production to show single coffee pods coming out of the already-familiar instant coffee jar to be used on social and across sound-off environments.

“Nescafé RICH’s SSOD will make a lot of people excited to use their single serve coffee maker again,” Matt said. “Even if it requires an awkward conversation with a neighbour.”

“Our Approach Is Enabling Consumers to Connect to Each Other”

An Post Unites Generations Time After Time for Christmas