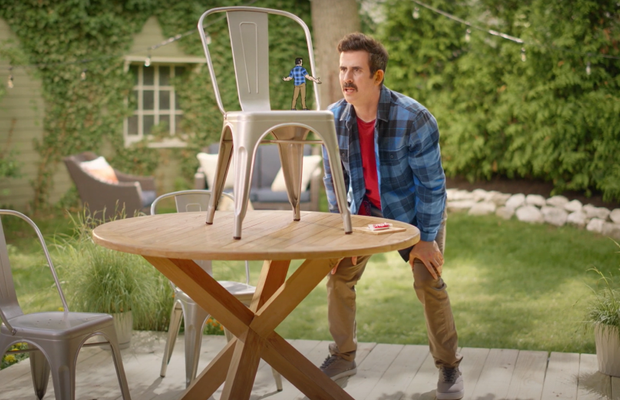 J-B Weld, the leader in DIY epoxy and adhesives, has launched its first brand campaign with Madison, WI-based Planet Propaganda, which was awarded agency-of-record duties in November 2020. The campaign, 'Be Your Strongest Self', encourages DIYers of all skill levels to confidently pull off projects both big and small.

Originating in DIY auto, J-B Weld has a 50-year plus legacy, and while its Twin Tube epoxy is its best-known product, the company has launched dozens of other World’s Strongest Bond™ products over the years, for limitless projects in the home, garage and beyond.

The campaign consists of seven spots (a mix of :15s and :30s), which will run nationally on linear TV, Connected TV and digital channels. It tells the story of four different homeowners who gain confidence from encouraging words doled out by their Strongest Self alter egos as they embark on various home improvement and craft projects.

In one spot, a nervous Sheri is shown as she attempts to create a mosaic frame for her son’s fourth-grade picture. As her animated alter ego provides words of encouragement, Sheri and J-B Weld’s Light Activated SuperWeld does the rest. The key message - anyone can be a world-class fastener, fashioner and fixer.

“It’s always exciting to launch the first campaign with a new partner, especially when it’s work that helps cast the brand in a different light and can serve as the springboard for significant business growth,” said Dana Lytle, Partner/CEO/ECD, Planet Propaganda. “We believe we’ll really connect with a wide range of DIYers - from beginner to expert - by showing that no matter your project or skill level, J-B Weld is the best tool, and strongest bond, for the job.”