Director Ariel Fisher looks back at her eBay Sneaker Series and collaboration with agency The Many, writes LBB’s Ben Conway 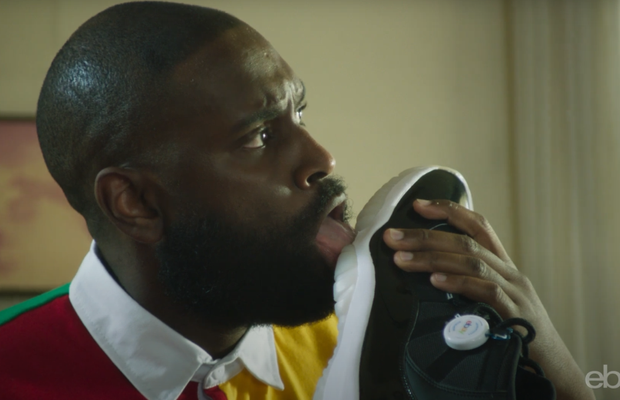 ‘Kicking’ off with the film ‘Sniff’ - where a sneakerhead indulges in that well-known and much-anticipated first whiff of a fresh pair of trainers - Tuff Contender director Ariel Fisher produced a series of seven films that roots the eBay brand in sneakerhead sub-culture and uses comedy to bring some all-too-real sneaker-collecting truths to life.
Working alongside LA-based agency The Many, the director and photographer’s seven films helped promote the eBay sneakers Instagram account - which saw its followers more than double throughout the series’ release - and align the popular re-selling site with an authentic sneakerhead audience. Cleverly subverting the audience’s expectations, each film highlights an important and very real aspect of sneakerhead culture in a funny way - from using toothbrushes to clean pristine white shoes, to doing everything possible to avoid creasing a new pair.
Ariel herself is familiar with sneaker culture, having previously directed Nike’s ‘Discover your Air’ spot in her first exposure to the sneaker-collecting world, and explains how this world and her own creative world cross over: “There is a real sense of creative expression in this community that has inspired me to explore my own personal style,” she says. “The work with eBay is an extension of this love for self-expression and how style is really about how you move through your own life.”
Brought together by a long-time supporter of her work, Tuff Contender’s DJay Brawner, Ariel and The Many combined well to create and produce an imaginative campaign that brought to life Sneakerheads (and potential eBay sneakers users) in a natural and amusing way. To help bring these people to life, the retro set design had to be vibrant and thematically spot-on, something that Ariel says was achieved through this tight teamwork with The Many: “The look came from a collaboration with the agency, our production designer Briana Gonzales and stylist Juliann Mccandless. We wanted to imagine all of the details that might go into someone's life beyond just sneakers. There are so many different types of people who use this site and it was interesting to create imagined windows into their lives.” 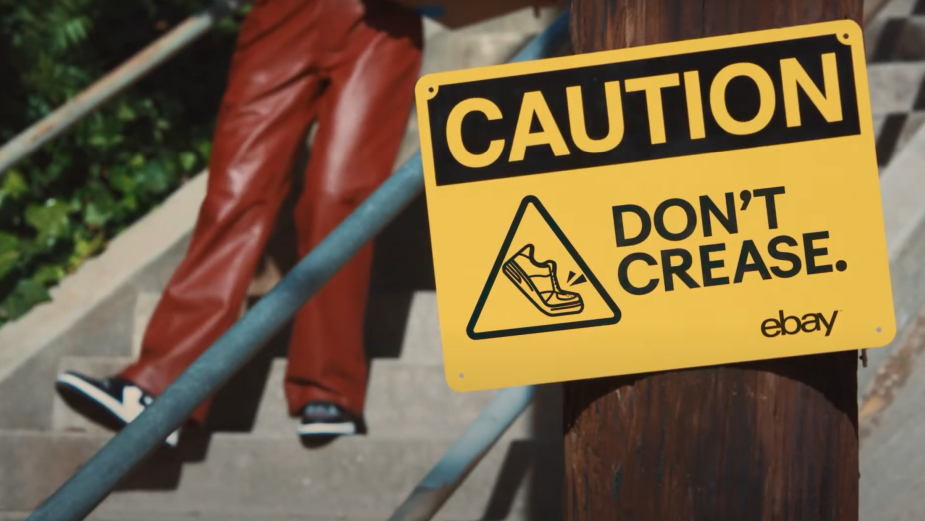 As previously mentioned, and something that comes across strongly in all of the films, Ariel focused on not only being relatable and authentic for the notoriously cliquey sneakerhead community, but also on staying light-hearted and maintaining a sense of humour and self-awareness in the series. She says: “We wanted to play into the many nuances of sneaker culture in a way that didn't take itself so seriously. The spots visualise some different approaches to sneakers – like how good new shoe smell, the detail of refurbishing, or the personal sacrifices you make to avoid creasing your Jordan 11s.”
This fun, upbeat attitude was embedded into the culture of the production itself it seems, with Ariel reporting of constant laughter on-set - and it shows in the final product. Describing one such instance, the director says: “The best part was being on a set where people were laughing. There was a moment in the scuff scene where our actor, Rogelio [Douglas] walked out of the store and set down a separate piece of paper towel under each step to keep his shoes clean and I could hear the agency laughing from video village.” This freedom to laugh and enjoy themselves on set is evident in the comedy sketch-like films and is an opportunity for Ariel, the agency and the production crew that doesn’t come around too often, she says: “It’s rare to be able to feel something like that while you’re at work.”
When it comes to the challenges that Ariel and the crew faced on the production, the director highlights a common enemy of the ad world: a tight deadline. “The most challenging thing, like many productions, is time. We shot these seven spots in two days, Davey (producer) and Tuff did an amazing job keeping it all on track.” However, on reflection the limited amount of time was just one memorable challenge from her overall extremely positive experience working on the campaign - not a bad problem for the director to have in isolation: “We had such a funny and cool cast that I was legitimately stressed out to not have more time to watch them do their thing.”

Featured Companies: The Many , LBB Editorial