VaynerMedia’s executive creative director, Mike Pierantozzi reveals how they cooked up a macabre comedic spot for pest control brand Tomcat with puppets and food that’s to die for 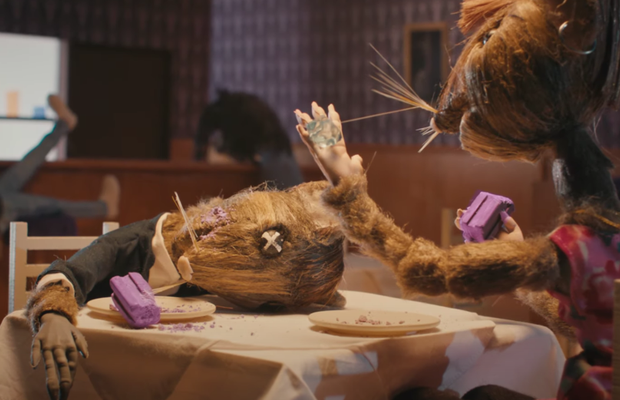 For the release of their newest rat and mouse bait, Tomcat enlisted the help of their agency of record, VaynerMedia to create a comically dark campaign.
The Tomcat bistro spot involves a restaurant full of puppet mice, dining on today’s sinister special -  the ‘Tomcat Advanced Formula’. With a quirky jingle and eerily humanoid furry friends, the spot shows the rodents enjoying their ‘last supper’ before… having a nap.
Taking inspiration from classic restaurant advertising tropes, the upbeat music and framing of the new purple bait results in a delicious final meal for your pests and provides a funny contrast to the fatal intentions of the product.
To find out how the campaign was created, LBB’s Ben Conway spoke with Mike Pierantozzi, group creative director at VaynerMedia about using humour, the quirks of remote working and oddly charming puppets.

LBB> How did the idea for putting this killer food on the menu come about? What was the initial creative spark?

Mike> Having mice invade your space is a horrible feeling, people just want it dealt with as quickly and effectively as possible. But they often find themselves going through trial and error to find the right solution, with various baits etc., in the hope that one of them works. In order to actually catch a mouse, the bait must appeal to their specialized smell and taste senses. Tomcat Advanced Formula was created as a more "tasty" and delicious bait for mice. So we came up with the idea that, for mice, this will be the best meal they’ve ever tasted, but it will also be their last.

LBB> Was there a brief from Tomcat for this campaign or was it something that you approached them with? How did the idea develop?

Mike> Tomcat had just launched their new premium offering, Tomcat Advanced Formula. As the agency of record across all of the ScottsMiracle-Gro brands, they came to us with a brief to create awareness, excitement and demand for the product.
We decided to go down the comedic route with this campaign because it gave us the best opportunity to break through with our messaging. We didn't want to go down a path that would leave the viewer feeling sad or hesitant to take care of their rodent problem and so, humour allowed us to do just that. 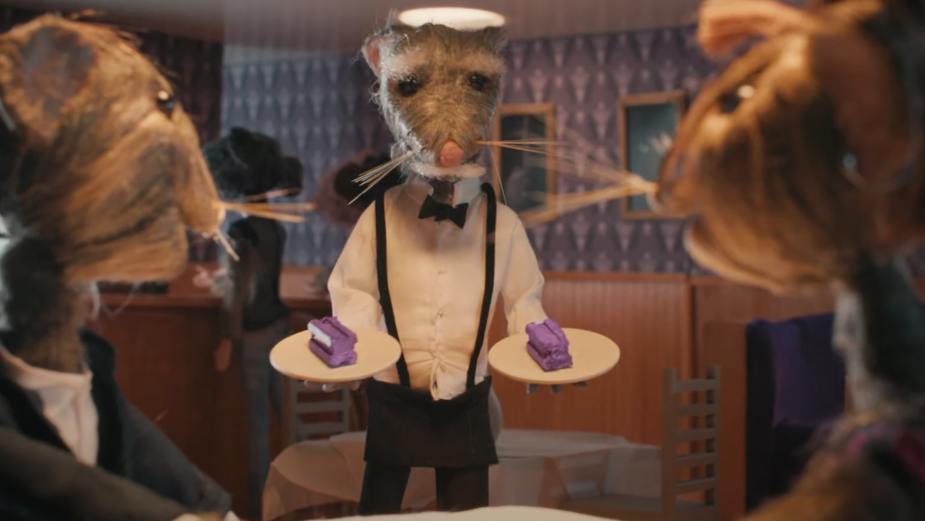 LBB> What were the quirks and challenges of presenting this bait product in a positive and comical way?

Mike> One of the challenges in presenting Tomcat’s Advanced Formula in a positive tone was that we needed to ensure the mice characters reminded people of the destructive reality these pests can cause when invading their homes, rather than the cute cuddly characters pop culture makes them out to be.
We loved the tangibility and playfulness of the puppets, there’s just something special about them. We knew puppets would stand out, make the jokes land, and help story-tell in the best way possible. It was important to create puppets that weren’t overly cute, but instead a little rough around the edges, yet still delivered a certain charm.

LBB> What was your reaction to seeing the mice puppets for the first time? Was there a long design and prototyping phase for them?

Mike> This was a fast-moving process so the model creation was surprisingly rapid, but there was a really clear, shared vision among the team for how these characters should come to life.
So when we first saw the designs, we were really happy. They had the odd charm of classic Wes Anderson movies like Fantastic Mr Fox, which allowed us to portray the mice as more sophisticated foodies in a relatable human way, while still capturing the creepiness of these invaders who take over your home.
Rodent infestations can happen to anyone and when they do, they bring the risk of disease, food contamination, and property damage and destruction. Having a rodent invade your home is a creepy feeling, so it was always our intent to capture that feeling. However, it was also important we never crossed the line into scare tactics or creating unrealistically sinister mice. 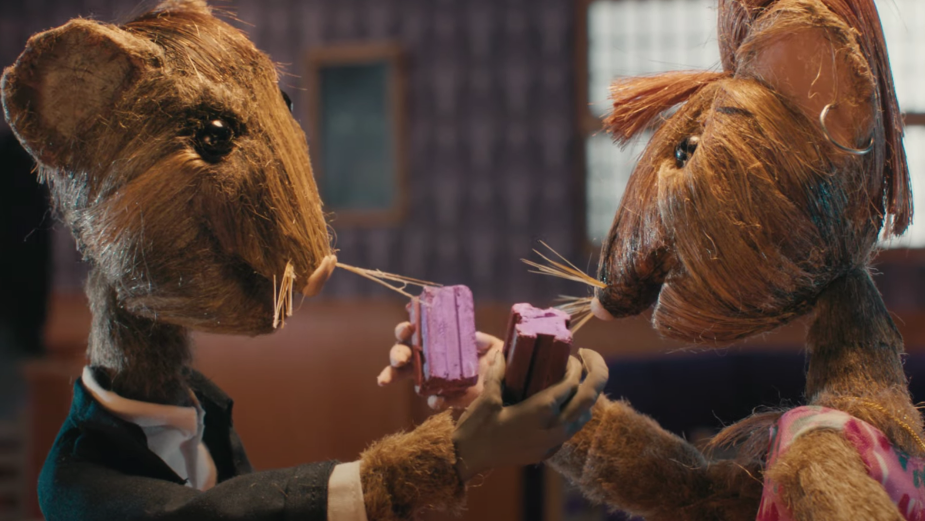 LBB> Where did the inspiration come from for using a jingle and slogan - were you influenced by food advertising campaigns?

Mike> Yes, we were inspired by how restaurants advertise their food. We took this inspiration and leaned into the tropes of those classic food commercials, one of which is of course the jingle. We wanted the song to feel as good and sticky as any of those classic jingles consumers hear in typical food commercials. In the end, the jingle -  juxtaposed against the function of the product - worked really well.

LBB> What was the trickiest component of this campaign and how did you overcome it?

Mike> Our production team and director were based in London, meaning we shot everything remotely, which always has its own little quirks to work out. Fortunately, the team was excellent and worked so hard to make this process as easy and seamless as possible.