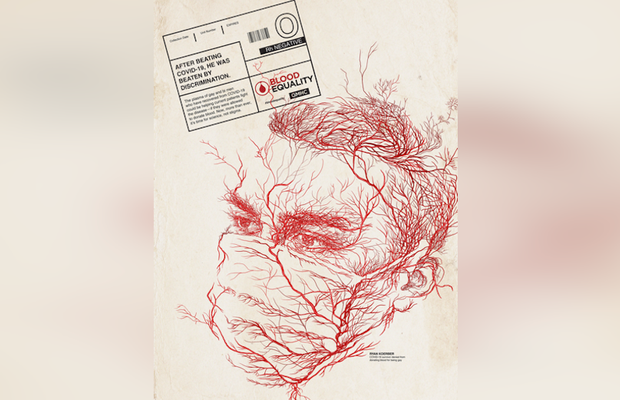 FCB Health New York has recently worked Gay Men's Health Crisis (GMHC) in presenting Lukus Estok and Ryan Koerber, two Covid-19 survivors who were eager to donate their antibody-rich blood to help others fight the disease, but were ultimately turned away from the blood donation centre because they are gay.
'Blood Vessels' is the latest effort of a long-standing relationship between GMHC and FCB Health New York. They have been fighting side by side for Blood Equality for the past four years, with the goal to reverse the ban on gay and bisexual men's blood donations.
"When I volunteered the information that I am a gay man, the facial expression of the person I was talking to completely changed. And without any hesitation, the response back to me was, 'well, you will not be donating today'", declared Lukus Estok about his experience at New York Blood Centre. 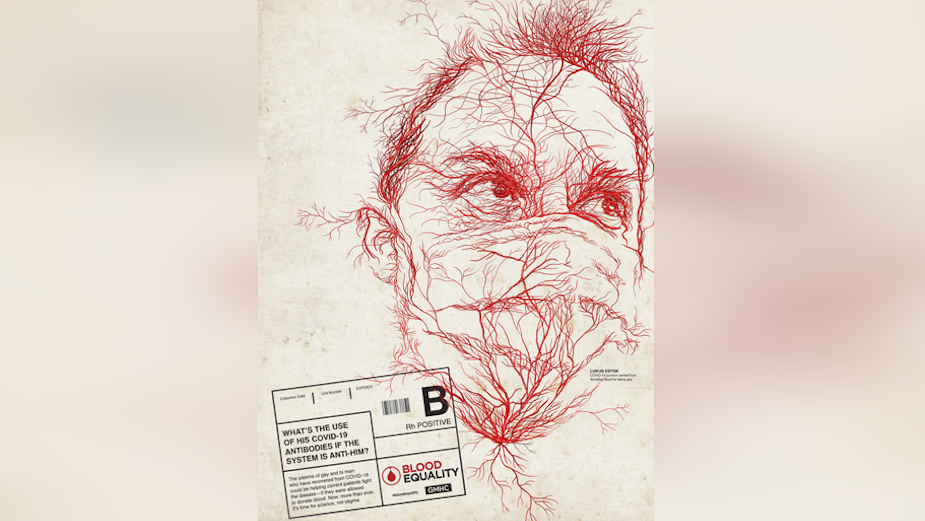 Ryan Koerber was also denied from donating blood. He lamented on Instagram: "A kind employee's eyes filled up and confessed that this is happening to many people that walk through their doors. I left the building feeling confused, defeated, unworthy. I am just a human being who wants to help other human beings."
The 'Blood Vessels' illustrations were created by Malaysian artist Vince Low, who is known for his hyper-realistic portraits comprised of scribbles. For this campaign, the FCB Health New York team challenged him to illustrate Lukus and Ryan not only with simple scribbles, but in a unique blood vessel scribble style.
For more information, follow Blood Equality on Instagram or visit the website.