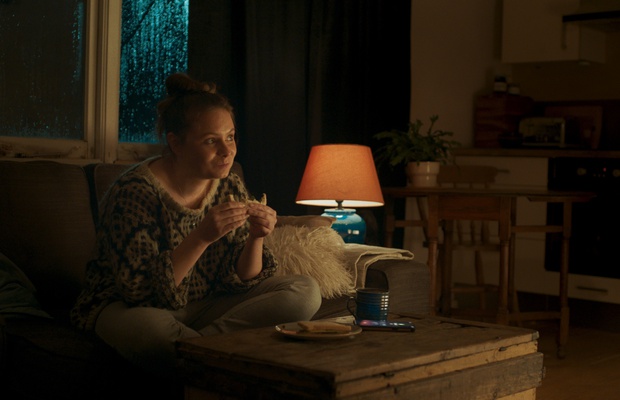 Iconic British brand Branston pickle launches a new TV campaign celebrating the magical ability the brand has to transport us back home. The ad, which airs on 27th November, marks the first piece of work from Wonderhood Studios since winning Mizkan’s portfolio of brands in February this year.

Generations have been built on cheese and Branston pack-lunches but for some, the loved brand has disappeared to the back of the kitchen cupboard.  The new campaign is designed to play on the powerful feelings of trust and familiarity. All it takes is a whiff of the pickle or a glance at that iconic packaging to send us right back to our childhood and a warm hug from our parents. And we could all do with a hit of home right now.

Bryan Carrol, Mizkan sales and marketing director said: “Branston has a special place on Britain’s kitchen tables. In addition to being known for its much-loved tang and texture, there is a strong association between Branston and memories of home, passed down between generations. The new campaign ‘Hit of Home’ plays on this unique connection and strengthens the role of the brand in British culture”.

The film is directed by 26-year-old BAFTA-nominated Charlotte Regan, who was recently named Creative Circle’s ‘Best New Female Director’; and who worked alongside award-winning DOP Robbie Ryan. The 60-second spot centres around the universal truth that our parents are much better at keeping in contact with us than we are at keeping in contact with them. The story focuses on a young woman settling into her new life in the city. While we see her adjusting to the scary and exciting parts of her life, we hear a voicemail from her mum. It isn’t until she sees a special delivery from Mum and Dad that she is reminded of home again.

Stacey Bird, CD said: “My mum made me so many cheese and pickle sandwiches for lunch I had to ask her to stop in the end. But rediscovering it whilst working on this ad has truly renewed my passion for pickled rutabaga. It was a pleasure to work with Charlotte to bring Branston into the 21st century with a real and beautiful tale of a forgetful girl starting out in the big smoke and the jar of Branston that brought her home.”

Jack Croft, CD said: “It was an honour to work on Branston, a pleasure to work with Charlotte and therapeutic to face one of my biggest guilts, not calling home enough!”

Charlotte Regan, director said: “It was important for me to create in-depth backstories for our characters. I think it affects all those tiny decisions you make throughout the process. Would Mia drink coffee or tea? Would she enjoy the rain or hate it? When those decisions come from a character-motivated place it helps you keep a grasp on the story and hopefully, that shows in the film. The shoot was honestly a joy. I’d never worked with the DP and he was a legend. Weirdly the voiceover was maybe my favourite part. Hilary, who we street cast, was an absolute ledge too. We got to travel up to her and hang-out whilst we recorded it”.

The campaign with media by Bountiful Cow, launches on 27th November at 8.30pm on Channel 4 during The Great British Bake Off: An Extra Slice.

Wonderhood Studios' Encourages Us to Switch off This Festive Period

Planning for the Best: Over-the-Desk Chats with Nick Exford