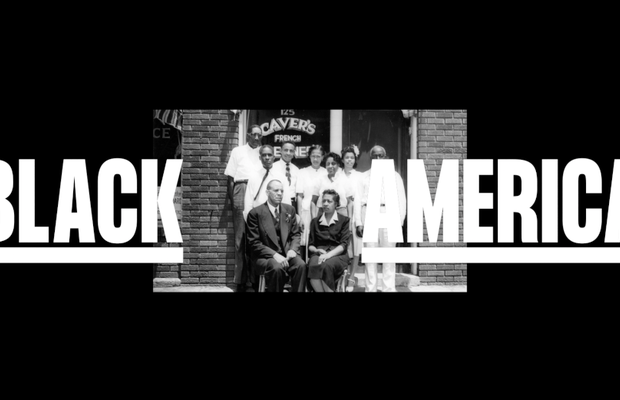 For over 400 years, Black Americans have endured systemic racism and horrific violence that have yet to be rectified in the form of true societal equity. On the 100-year anniversary of the Tulsa Massacre, when a violent white mob burned 35 thriving community blocks known as 'Black Wall Street' to the ground and killed hundreds of Black people, the veteran activists at the #breathewithme Revolution have announced the Black America Refund, which seeks to bring economic justice and direct relief for Black families and communities.

To raise awareness and encourage donations to the Black America Refund, #breathewithme Revolution has joined forces with the recently formed creative agency Atlantic New York for a short film that outlines the powerful history of Black Wall Street, and subsequent forms of oppression that have led to the fund’s urgent need. The film was produced with archival footage in partnership with Cut & Run, Heavy Duty Music and Ameba.

Blake and the #breathewithme Revolution team have been responsible for raising and distributing over $120 million+ in economic relief through previous organisations such as Fund A Mom, Red Hot Organization, Keep A Child Alive with Alicia Keys, We Are Here Movement with Alicia Keys and explore.org.

“We are not directly responsible for the acts of our ancestors that affected Black families, but we have a responsibility to lead by example,” says Atlantic New York co-founder João Coutinho.

Marco Pupo, co-founder of Atlantic New York: “We live our lives without the same fear and terror that Black families feel every day, giving us an advantage in society. It’s our responsibility to take action now.”

With 100 years since the Tulsa Massacre and one full year after the murder of George Floyd, the Black America Refund forces the question: What has really changed?  Even with promises from the Biden-Harris administration to focus on racial equity in America, what policy can we point to?  What economic solutions are in place to remedy the fact that while making up only 14 percent of the total population of children in the US, as of 2019, Black children account for more than 25 percent of children living below the poverty line?” Areeba Haider, 2021

How do we not take action while knowing that, “the average Black man in America lives about five fewer years than the average white man. A newborn Black boy in Washington, DC, has a shorter life expectancy than a newborn boy in India.” Nick Kristof, NY Times 2021

“Refunding Black America is the solution to healing and repairing the communities most impacted by hundreds of years of enslavement, brutality, and economic loss,” says Dr. Marcus Anthony Hunter, Professor of Sociology at UCLA and Black America ReFund Transformation Architect.

#BreatheWithMe Revolution co-founder Prophet: “When my father was born, Black people could not vote.  It was 100 years after the Emancipation Proclamation and Black people were dying to have rights. Black Lives are still being sacrificed for these rights. It’s time for real action and for everyone to decide - how are you going to use your power, your influence, your resources, your pocketbook, to end systemic racism?”

The Black America Refund aims to generate funding to tackle poverty in Black communities and reduce the current wealth gap where it will take Black families 228 years to reach the wealth of a white family. Its founders invite all those that walk in privilege to take action and move beyond hashtags to support economic justice.

The ReFund is a direct engine of repair that will bring direct relief to communities of colour. The #breathewithme team, all seasoned movement builders,  committed their time pro bono for the last year to build the movement and research racial justice solutions. The team is raising funds to initially provide single moms and their children with a year of direct cash relief. Programs include wrap-around support services for financial opportunity, job training, mental health and wellness support, and educational opportunities, enabling future economic empowerment and autonomy. The Refund will also work to support community organisations, scalable poverty solutions, core funding for activism while providing funds and resources to help people thrive.

The Black America Refund is not charity. It’s economic justice.