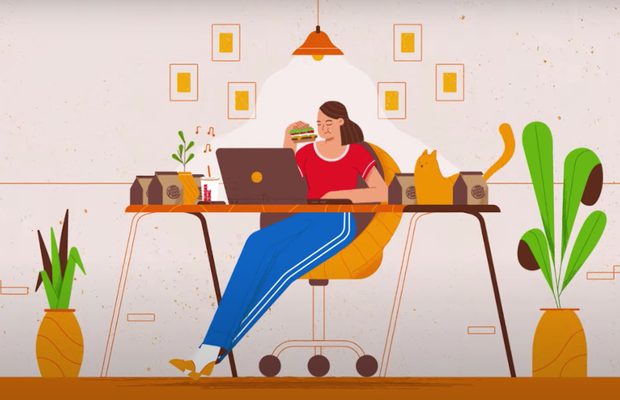 Burger King UAE is offering people discounts that match their pay cut percentage with the ‘Pay Cut Whopper’ campaign. The well-timed campaign, created by Wunderman Thompson Dubai, promotes the burger chain’s new mobile app by providing customers this option on all home delivery orders for the duration of their workplace pay cuts.

“We’re in this together is a common refrain in these times,” said Khaled Alghamdi, vice president at Olayan Food Group. “But we wanted to back this up with something more definite. With the ‘Pay Cut Whopper’ we hope to add some positivity to people’s everyday lives by cutting down the costs of enjoying their favourites from the Home of the Whopper.”

Recently, it has been reported that nearly eight out of 10 companies or employees have faced temporary pay cuts. The realities of the current situation mean that organisations worldwide are reducing employee salaries to cope. This, in turn, has led to many people being wary of their spends. Another behaviour change has been that ordering in is more common than ever before. Marrying these two facts, Burger King UAE chose to launch its new app, while making every order a little easier on people’s wallets. In many ways, this is a promotional mechanism with broader positive undertones.

All anyone has to do is download the Burger King Arabia app, add in their pay cut percentage plus duration and avail the equivalent discount right away. The offer is valid on unlimited home delivery orders in the UAE, with the discount and duration capped at 30% and three months respectively.

The brand has unequivocally given people the power to not just add their own discounts, but also choosing the duration; letting them truly ‘have it their way’ by just taking their word for it. What this means is that most could end up choosing the maximum discount percentage and duration, even if these are more than their pay cut one. However, BK saw this as an opportunity to transform the typical download-app-for-discount-code model, turning it into a new and more meaningful audience-led medium to support people who are financially constrained.

“Our aim was to be innovative while being more relatable and human at the same time,” explained Pablo Maldonado, executive creative director – Wunderman Thompson Dubai, the agency behind this campaign. “People today are ordering in at home to create moments similar to eating out. So this possibility could help them have many more such ‘get-togethers’ with family and friends. Plus, it adds a welcome new format of promo to the famed BK experience!”

Burger King Arabia had previously announced discounts for frontline heroes in the UAE and contributed 50,000 meals for the ‘10 Million Meals’ initiative.

The app is available on the App Store and Google Play as ‘Burger King Arabia’.