Leone directed the spot with Bollywood and MassiveMusic 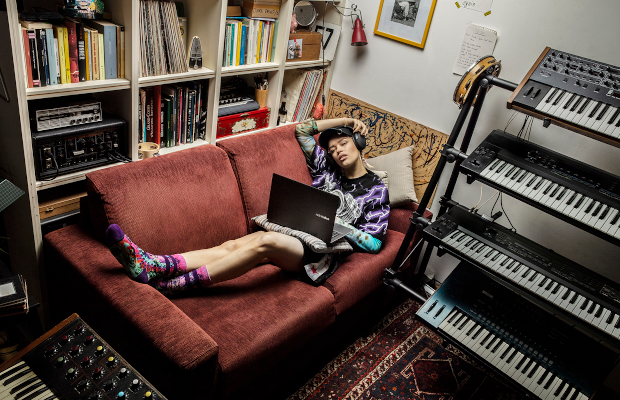 C41 launches its first global advertising campaign. With Bollywood Productions as the fire igniting the project, C41 aims to reconfirm and enhance ASUS’ brand quality, with a concept written and crafted by C41, with creative direction lead by L+L (Leone Balduzzi and Luca A. Caizzi). The spot is the result of a mix of creative and production skills, with filming taking place in Milan whilst maintaining an international look and appeal, through the construction of new and innovative communication formats.

ASUS is a multinational company known for some of the best technological and computing devices in the world. With the launch of the new VivoBook laptop, ASUS aims to reach the elusive target audience – Generation Z. This opens up the challenge of attracting and maintaining the attention of an age group that is absolutely less influenced by traditional commercial and market logics.

Instead of creating a visual campaign based on the product aesthetic elevation, ASUS and Bollywood Productions decided to tell a story. C41 took a step further and developed for four narratives, relying on the communicative power of seriality.

In order to engage, a story must be true. Thus the casting research carried out by C41, introduced the involvement of young pioneers in the creative realm. Each creator’s interpretation is unique, via a personalised lens, which places them in different but communicating worlds. The talent selection was curated by the need for disciplinary differentiation, to return an insight of Generation Z’s reference realities.

The film stars Guoda Jukneviciute, aka Godi J (songwriter and musician), Giammarco Nocco, known as Gene (AR creator), Desola Oki (professional athlete) and Michael Cutini (footwear designer). Their role in the story is not the result of any fiction, but the expression of their true personality.

The soundtrack itself is written by Godi J in collaboration with MassiveMusic, and constitutes a 360-degree approach to this interlocking game. The ways in which the different personalities establish a relationship with each other give life to a unique and compelling plot, hallmark of C41’s creative strategy.

Only Generation Z can speak to Generation Z, and ASUS VivoBook campaign took shape precisely around this concept.

The video campaign is for ASUS Global cooperation and not related to ASUS local branches, also regarding media planning and investments.