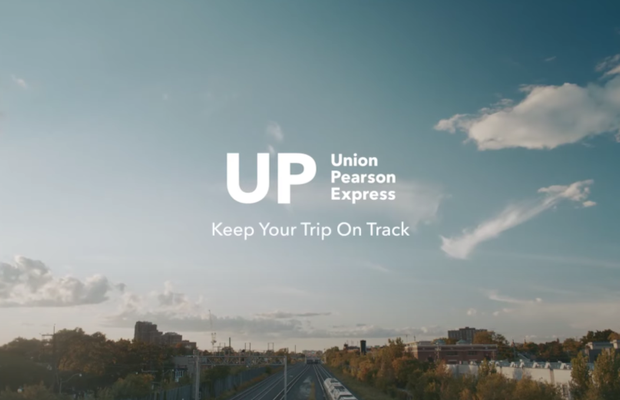 As the world begins to open up again, after a difficult and seemingly never-ending year and a half, the travel industry is preparing to spread its wings, fly excited and send customers across the globe once more. Although travel is often the beginning of a well-deserved holiday, the stress and anxiety endured whilst travelling can really make you feel like you’re earning your vacation.

Since its launch in 2015, the Union Pearson Express has provided a ‘comfortable, stress-free, and safe’ rail link between downtown Toronto and Toronto Pearson airport. In their first major campaign with Metrolinx - featuring the Ontario Government’s UP Express initiative - creative agency Rethink has released an OLV spot that features a parody of the John Denver classic, Leaving On A Jet Plane. Also part of the campaign are roadside signs with real-time flight data, that promote this airport-journey option for people who ‘hate surprises’.

The music video contrasts the stress and last-minute disasters of other modes of transport, with the ease and reliability of the UP Express, which has seen its usage double since this time last year, as holiday-makers return to making those rushed trips to the airport. The campaign’s parody cover brings some laughs and the roadside signage, cleverly straddling the line between informative and antagonising. To explain some of these choices and learn more about the creative process, LBB’s Ben Conway spoke with Rethink’s ACD and copywriter Robbie Percy.

LBB> What was the creative spark behind this campaign?

Robbie> As things started to open back up and people were planning their first trips, the UP Express team wanted to make sure travellers weren’t just thinking about flights and destinations, they were thinking about how to get to the airport.

From day one the brief was really rooted in dependability. Most people in Toronto drive or take taxis and rideshares to the airport. With Toronto, the traffic leaves a lot up to chance and a lot can go wrong. UP Express really does take all that uncertainty out of the equation. It’s what makes them different and that’s what we knew we wanted to highlight.

LBB> How did the idea of doing a song cover/parody come about? And how did you choose John Denver?

Robbie> We definitely had the thought of using that specific song in some way right from the beginning. It’s so iconic and the lyrics just work so well with what UP Express does. When we started joking about missing flights and making the song about that, that’s when it started to feel like we were on to something interesting.

Yes, all the new lyrics were written by the creative team. From there they evolved as we collaborated with the audio house, our director and the team at Metrolinx. We’ve definitely all had the song stuck in our heads for a good few months now. 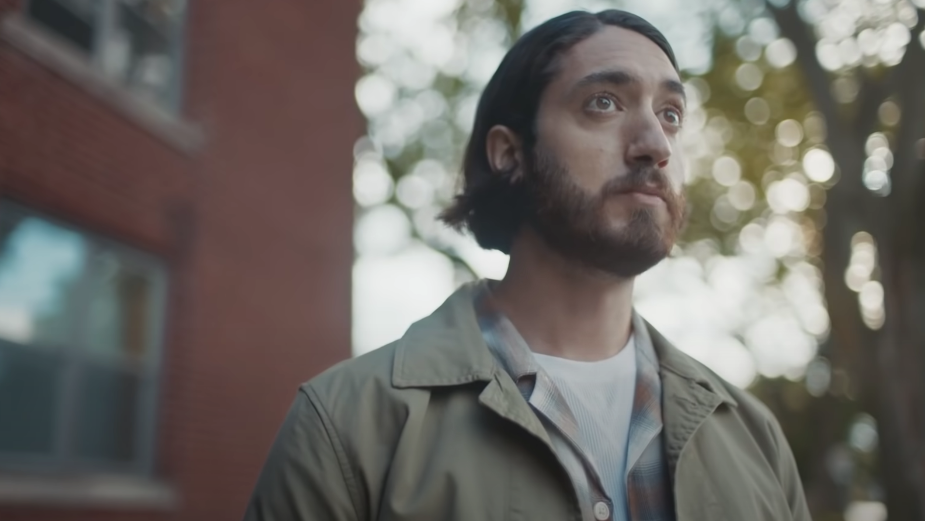 LBB> How was the process of creating the spot? Were there any moments that stick out as particularly memorable?

Robbie> This spot really was a lot of fun to make. This was our first major brand campaign with Metrolinx, and our clients immediately challenged us to bring big, bold ideas to the table. Before we shot anything, we worked with the team at Grayson Music to really nail down the song and pacing since all the shots and scenes were totally dependent on that. Because that was locked ahead of time, it really freed us up to focus on all the little details with our director Scott Cudmore. We always knew we wanted to lean towards a more cinematic vibe for the spot as opposed to a broadway number or slapstick comedy and Scott and the DOP John Ker did a wonderful job bringing that to life.

Because we locked the song ahead of time, the post-production was fairly straightforward. There are only so many ways to put the song together and at every stage, the look of the film just got better and better. We’re really happy with the way it turned out.

The casting was definitely a memorable moment. Casting for singers is always interesting because you get some really amazing, beautiful voices… and you also get some that are well... not. 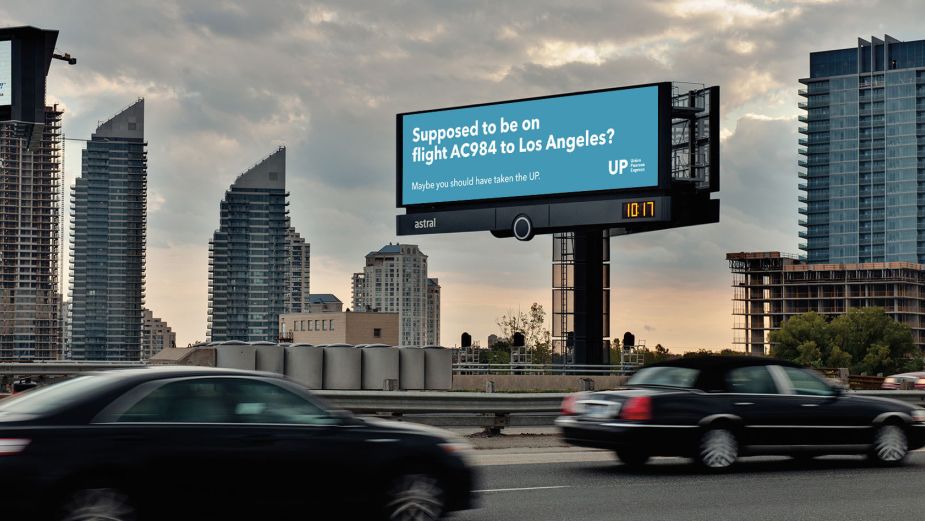 LBB> The accompanying roadside signage, with live updates, could be a campaign on its own. How did you decide on the different mediums to use for the campaign?

Robbie> We knew we didn’t want the campaign to be all matching luggage at every touchpoint (plus a singing billboard just doesn’t make a whole lot of sense). We really love this OOH piece because it has the potential to speak to travellers at a key moment in their journey using real-time data in a way that we hadn’t really seen done before.

LBB> It’s amusing that the road signage antagonises the audience, who are already likely frustrated and stuck in traffic. Was this one of the goals of the campaign? Is this reaction good for advertising?

Robbie> Yeah the billboard definitely has a little bit of attitude. A lot of times you need some of that in order for people to actually sit up and pay attention. I think what we’re really going against is traffic and delays, which are two of the few things we can all agree to dislike.

LBB> How do you approach a multi-year project that will last for such a long time? Are there plans to evolve and develop new spots and ideas over time?

Robbie> Definitely. The “Keep Your Trip On Track” platform is such a simple idea and so true to UP Express that there are endless different, creatively rewarding ways to bring it to life as we move forward.

LBB> So, could we be seeing another song perhaps in the future?

Robbie> Never say never but I think we’ll always look to keep things fresh and do whatever is right for the brand at any given moment in time. If that happens to be another song, amazing, but we’re definitely not tied to one style of creative execution. 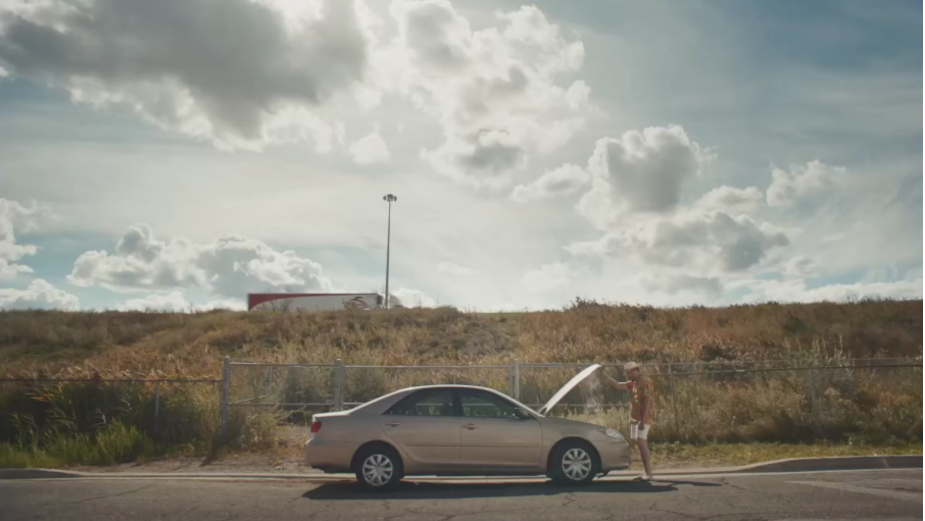 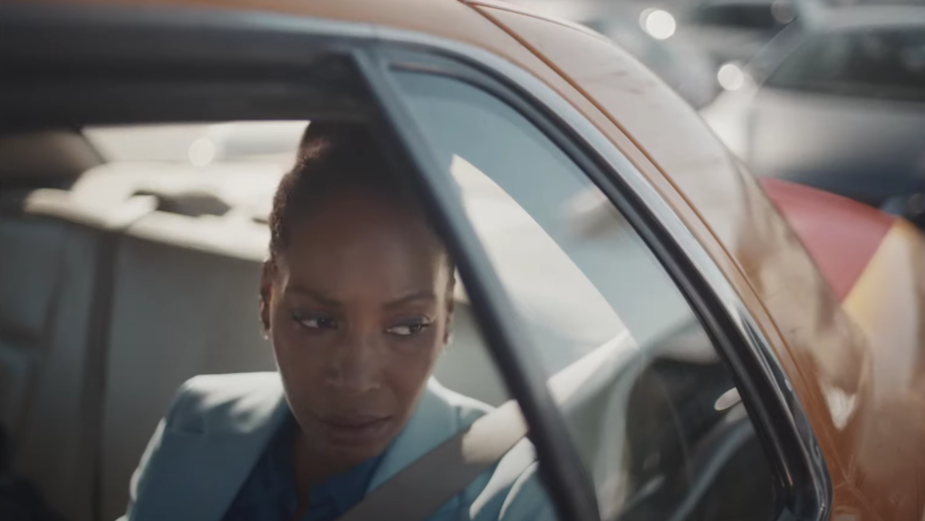 LBB> After such a difficult year and a half, people will be excited to catch a flight and go on holiday again. How significant is this sense of relief and a desire for some rest and levity an impact on the industry right now?

Robbie> People are definitely ready to travel again and I think people are always ready for a laugh. Travel should be fun, and it’s important that the work promoting it doesn’t take itself too seriously either.

LBB> Is there anything else about the project that you'd like people to know?

Robbie> Our director Scott Cudmore has an incredible voice!  We heard him working with some of our cast on set and were amazed. We were joking that we should have cast him in the spot.