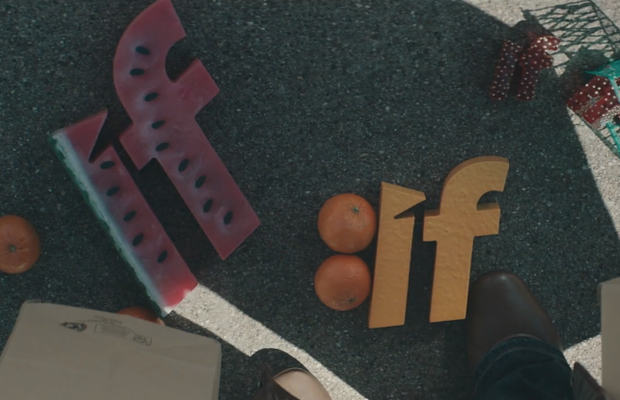 Nothing unlocks your future like a pair of car keys in your hand. But when 78 percent of American workers live paycheck to paycheck, the ability to invest in a comfortable, reliable car may seem out of reach. 'The Power of IF', car financier Byrider’s new campaign from Laughlin Constable, features the moments when hope breaks through and offers us a way out.

The campaign depicts the challenging moments that, with a little help, can transform into turning points. A beleaguered friend pulls the word ‘IF', spelled in alphabet cereal, from her hair. A woman’s overloaded grocery bags give out, spelling ‘IF’ in spilled fruit. A man who can’t afford a ride share in a rainstorm sees ‘IF’ reflected in a puddle.

“Stop wondering ‘What if,’ and start moving forward,” the 30-second commercials say.

Byrider, known until recently as J.D. Byrider, is the largest franchise providing financing for used cars to people with subprime credit. They have been serving people who are high credit risks since they opened their doors in 1989. With over 150 dealerships in more than 30 states, they have served over 1.2 million customers. But despite their dedication to championing their customers, Byrider wanted to do more.

“We partnered with Laughlin Constable to modernise our brand because, as a one-stop shop, they had us covered end to end with capabilities like in-house commercial production at The Hive,” said Marie Lafkiotes, chief marketing & digital officer. “They began turning our customer research into a multifaceted brand strategy over a year ago. That became the foundation of every aspect of the overhaul.”

“Byrider’s profits come not only from car sales but from helping their customers succeed in ongoing car ownership. We were inspired by their commitment to seeing customers on the road and achieving their goals,” said Lisa Bennett, CCO of Laughlin Constable. “We all know how it feels when we say to ourselves, ‘If only I could afford this.’ Or ‘if only things were different.’ In this campaign, we want to show people that with Byrider, your ‘if’ has an answer.”