For millions of girls, school stops when their life as a woman begins, says NGO Care France and CLM BBDO's awareness campaign 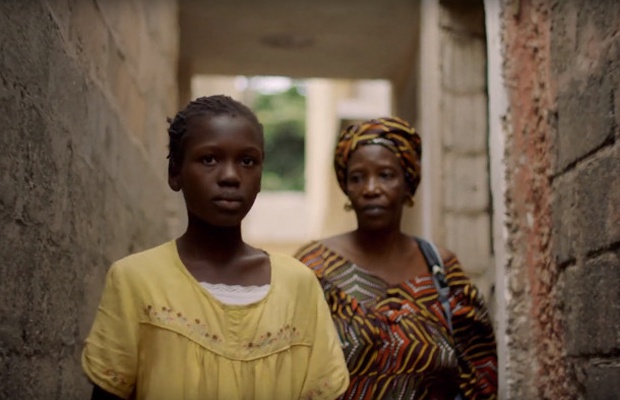 Yet it’s still a subject filled with stigma, suppressed and censored, all over the world.

- In Nepal, 89% of girls suffer one or more forms of restriction during their menstrual periods, including having to leave school. (Indian NGO, Dasra, 2014)

- According to UNICEF, 48% of young girls in Iran believe that menstruation is a disease (UNICEF)

These alarming figures are notably due to the absence of separate bathrooms in schools, lack of proper hygiene protection, the shaming of young girls, and an unfortunate scarcity of information.

Starting January 21st, the international NGO Care France, in partnership with advertising agency CLM BBDO, is launching the awareness campaign #RespectezNosRegles (“Respect our Periods”) to publicise the cause, still unknown to much of the public, and to highlight the actions CARE has undertaken in the field over the years.

- Instagram influencers will post text deliberately filled with errors to give the impression they quit school at the age of 12, the same age many girls leave because of the stigma about menstruation

- A web and TV film directed by the duo Dr. Bowman featuring a mother and daughter going to school in the morning, a poignant film denouncing the situation of young women around the world and the effects this stigma about menstruation has on their education

- Several French influencers (Natacha Birds, comedian and YouTuber Tristan Lopin, among others) will also be working with CARE to help relay the message

In many countries, having your period can mean dramatic consequences for young women.

"In many developing countries, getting your period is more a battle for dignity than a natural cycle. This taboo has dramatic consequences on the lives of girls and women: considered impure when they’re on their period, they are socially excluded or even exiled from their homes; their health is endangered and, at puberty, many stop their schooling," explains Philippe Lévêque, director of CARE France.

On Wednesday, January 9th, a woman and her two children in Nepal were found dead of smoke inhalation in a hut where, per the ancestral custom, Chaupadi, women are banned during their menstruation, considered impure. The period taboo is thousands of years old and won’t be easy to erase, but we can all play a role.