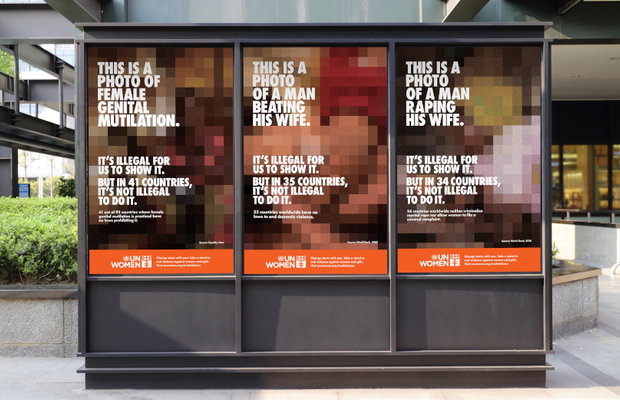 MullenLowe New York and Mediahub have launched an exposé on legal gaps, one of the key prevention measures needed to end violence against women and girls around the world in a public service campaign for UN Women.
As violence has increased against women during the Covid-19 pandemic, and an additional 15million women are expected to be affected by violence for every three months the lockdown continues, 'The UNseen Story' aims to create visceral reactions to the different forms of violence that women face in the form of censored images that are shocking to imagine, with copy that is unapologetically outspoken.
The ad campaign is rendered through a set of stark pixelated images and headlines, including 'This is a photo of a man beating his wife', that would never be appropriate to show publicly. 'This is a photo of a man raping his wife' is paired with a pixelated image that would be against government regulations to air on broadcast news. 'This is a photo of female genital mutilation' with an image that is blurred and unidentifiable, forcing the imagination to conjure up what happens to women and girls in many parts of the world. 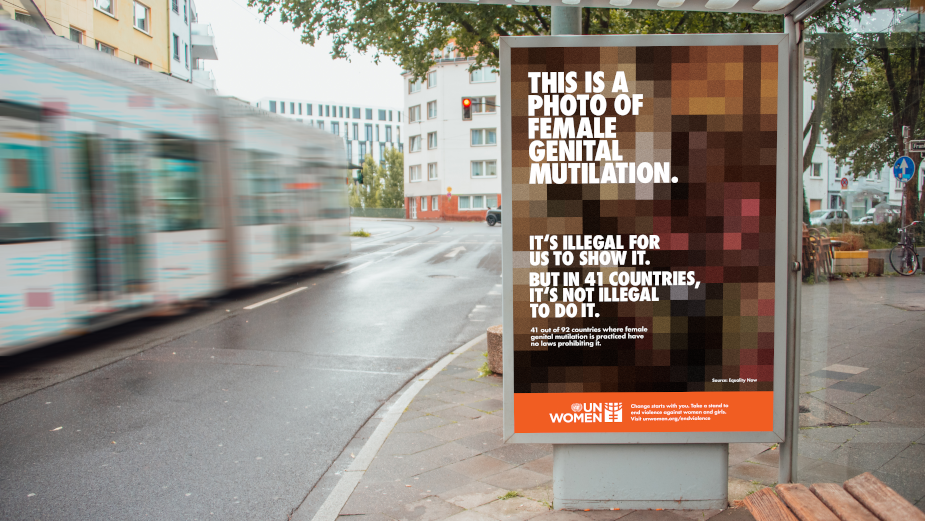 While the images shown in the campaign were created from scenes of a nonviolent nature and were not produced from images of any individuals experiencing violence in any form, the effect they create when pixelated and juxtaposed with the headlines is thought provoking and deeply impactful.
These are just a few of the executions of the campaign, which coincides with '16 Days of Activism against Gender-Based Violence', an annual international campaign that kicked off on 25th November, the International Day for the Elimination of Violence against Women, and runs until 10th December, Human Rights Day.
“Ending violence against women and girls need effective laws and implementation as much as it needs strong policies, funding for essential services and for organisations responding to this crisis, and culture change that challenges stereotypes and societal norms that often shame the survivors of gender-based violence,” said Oisika Chakrabarti, chief a.i., communications and advocacy, UN Women. “We are grateful to MullenLowe New York and Mediahub for creating this provocative advertising campaign that sparks a much-needed dialogue and, we hope, a renewed sense of urgency, advocacy, and actions to be a part of the solution to end violence against women and girls.”
MullenLowe New York creatives brought this pro bono idea to UN Women, which was originally an activism project sparked by concern of reports of the increase of violence against women on lockdown during the Covid-19 pandemic. Media agency partner Mediahub leapt into action, securing like-minded media partners to donate premium advertising space to reach an audience primed to be moved to activism to end gender violence. 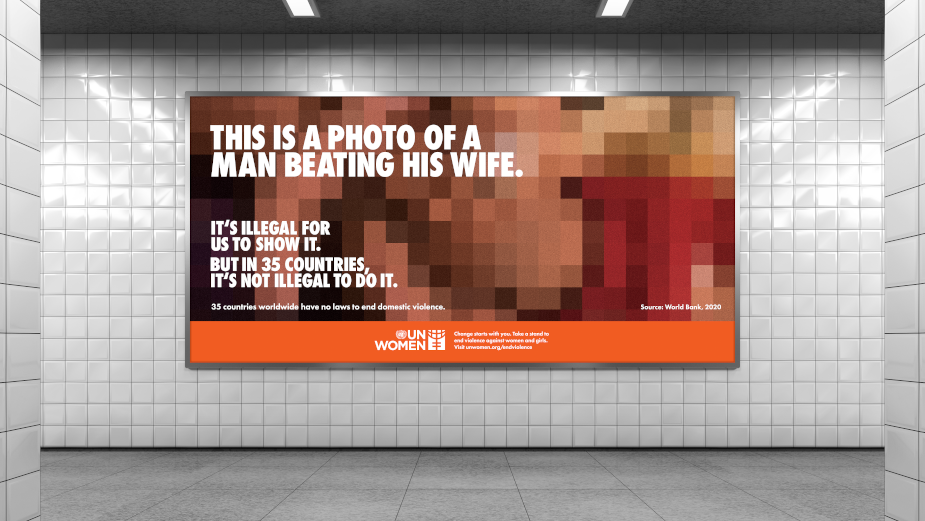 “This was a true passion project for MullenLowe New York. I was moved from the very first time I saw the work, which is such a direct and impactful way to bring focus to a taboo topic,” said Rebekah Pagis, managing director, MullenLowe New York. “If we are going to fight gender-based violence, we need to be able to talk about it, and this work is an important step in that journey.”
The campaign is brought to life across the United States and the UK through digital display, OLV, out-of-home, and print, from wild postings in New York to print ads across top newspapers in London.
Mediahub U.S. and UK teams sought out media partners for their high value in reaching Gen-Zs and millennials who are politically active, interested in philanthropic causes, and with a propensity to donate. Mediahub secured over $1million in donated media in the United States from generous partners including Vox Media, NBCUniversal, NBCU CODE, Teads, Captivate and Lamar. In the UK, the agency secured over $450K in donated media from partners including Clear Channel UK, The Guardian, Ocean Outdoor, The Telegraph, MiQ, Teads, Hearst and Mobsta.
At the time of this release, the work will run primarily in the United States and UK.