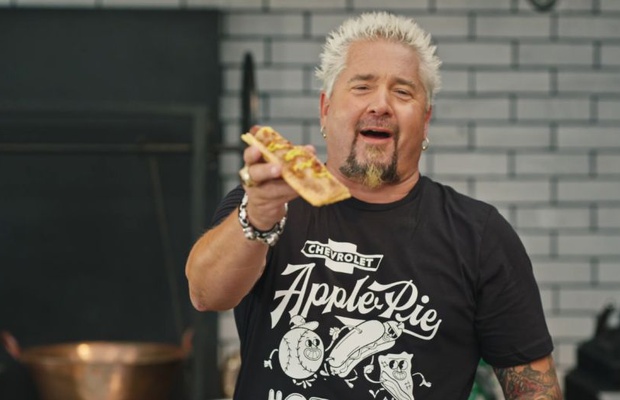 The Apple Pie Hot Dog, which brings together two quintessentially American foods in a single and crave-worthy snack, is inspired by a notable Chevrolet television advertisement from 1975. The ad’s jingle asserted “baseball, hot dogs, apple pie and Chevrolet go together in the good old U.S.A.” Chevy enlisted Guy Fieri, the mayor of Flavortown, to lead the development and creation of the recipe.

“As a long-time Chevy guy, it’s awesome to be working together on this funky throwback snack for the MLB at Field of Dreams Game,” said Guy Fieri. “I can’t wait to see the reactions from fans as they take their first bite of the Apple Pie Hot Dog!”

The one-of-a-kind recipe will feature an all-beef hot dog, apple pie filling, and Fieri’s signature bacon jam, enveloped in flaky pie crust, and topped with an apple mustard drizzle, apple pie spice, and demerara sugar. The Apple Pie Hot Dog will be offered exclusively to attendees of MLB at Field of Dreams presented by GEICO in Dyersville, Iowa, on Aug. 12.

"From the major leagues to local community teams, Chevrolet has long been a proud supporter of baseball," said Steve Majoros, vice president, Chevrolet Marketing. "We’re excited about the Apple Pie Hot Dog because it helps us celebrate and connect with a community of fans at the MLB at Field of Dreams Game, a uniquely American event."

Inspired by the 1989 Universal Pictures film of the same name and held at the fan-favorite destination, the MLB at Field of Dreams Game marks the first Major League game ever held in the state of Iowa.

MLB at Field of Dreams Presented by GEICO will be played at a temporary ballpark built adjacent to the movie site in Dyersville, at 7 p.m. ET on Thursday, Aug. 12, and will be nationally broadcast on FOX.