WMcCann turns a steering wheel into a musical instrument through technology, the singer creates a beat and launches a challenge on the social network 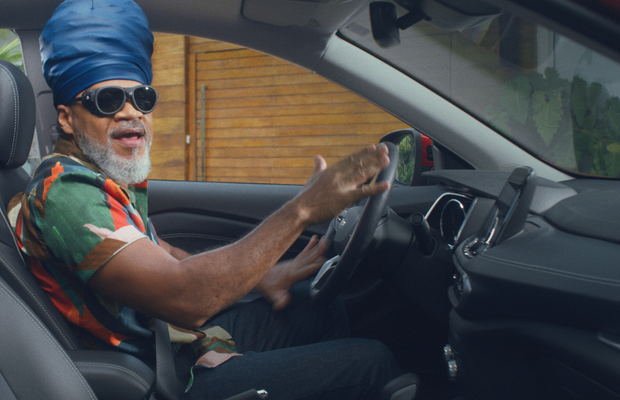 Who doesn't tap on the steering wheel when listening to their favorite songs while driving? This insight led to the launch action of Chevrolet's TikTok profile to the sound of Carlinhos Brown's beat.

The action, created by Commonwealth/McCann – WMcCann's exclusive division for Chevrolet – and with Isobar's digital media strategy, Dentsu Company, aims to bring visibility to the automaker among the young audience, reinforcing the brand's presence in the social networks.

The launch of Chevrolet's TikTok gave Carlinhos Brown the unusual mission of creating a beat from a musical steering wheel of a brand vehicle with technology developed exclusively by BizSys, with coordination, technical project, and scope of WMcCann's technology area.

"The territory of music and technology is part of Chevrolet and we combined both to debut on this social network that is a sensation in Brazil", highlights Hermann Mahnke, marketing executive director of GM South America.

And it won't just be Carlinhos Brown who will make music during Chevrolet's TikTok launch action.  The brand's followers will also be invited to participate in #BatuqueChallenge to create songs on steering wheels or even imitate the beat created by the singer.

In addition to the singer, nine creators from the TikTok G3A influencers agency – Thalita Meneghim, Giulia Be, Supla, Paloma Souza, Pkllipe, Bia Napolitano, Rodrigo Rossi and Fael Gomes – will be in charge of Chevrolet's profile for six days, shaking up the challenge and making #BatuqueChallenge a new social networking craze. Instagram Reels will also stage this challenge, giving even more amplification and engagement to the launch action with exclusive content.