The newest Silverado truck model features in 'Cueca' from Commonwealth//McCann 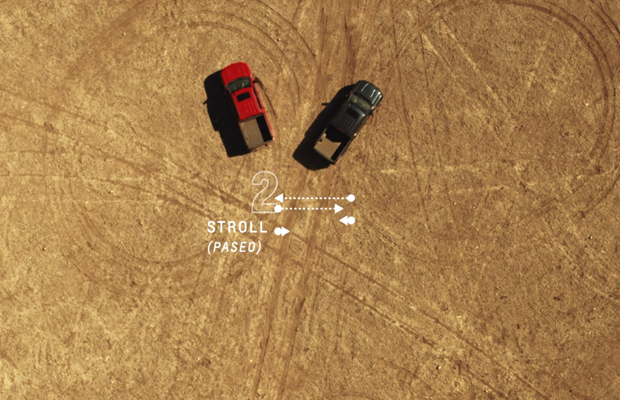 Chile’s Independence Day is among the country’s most coveted national holidays. This year, to celebrate, Chevrolet and Commonwealth//McCann created a campaign centered around a traditional Chilean dance, titled “Cueca,” starring none other than the newest Silverado truck model.

The piece features two Silverados driven by Milenka Cvitanovic, Latin American champion of speed motorcycling 2017, and Rodrigo Pino, Precision Pilot for Running Shots, as they “perform” the “Cueca” dance – Chevy style. Aired during Chile’s local Independence Day festival, the spot will not only showcase the Silverado trucks, but it will also kick off a series of tutorials on how to perform the traditional 'Cueca' choreography.

Macarena Bravo, marketing manager of General Motors, stated: “Chevrolet has such a close and historical relationship with Chile, we felt that we should bet on doing something different and original, that reinforces our bond with the people and also reminds them that we are here to continue finding new roads together”.

José Solari, chief creative officer of McCann Santiago, who developed this together with Commonwealth//McCann, said: “Our objective is for Chevrolet to drive culture forward, what a better way to do this than take on the national dance? This idea required a lot of production work – the executive reflects the power of the product, and we are very happy with the result.”

The Silverado “Cueca” dance will air on the Chile’s main television channels and broadcast on digital platforms, including Spotify, highlighting the paya (Chilean folk verse).

Responsible for the client: Macarena Bravo