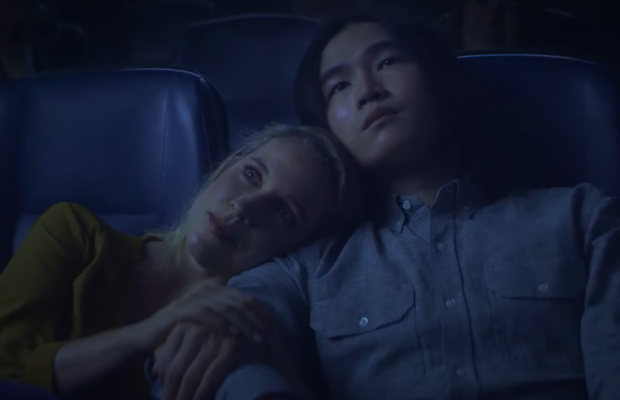 Today Cineplex launched a new brand platform officially welcoming movie lovers back to the theatres and reminding them about the magic of the cinema with a new tagline: Where Escape Begins. The campaign positions the in-theatre experience as a moment of escape—the polar opposite of watching movies at home, which Canadians have been forced to do since the pandemic shuttered movie theatres for a large part of the past 18 months.

The campaign’s launch spot is a love letter to the in-theatre experience. Lit entirely by the light of the big screen, the film captures the sensory experience of watching a movie on the big screen – from the captivating surround sound to the buttery popcorn to the shared moments of laughter with a room full of fellow movie lovers.

“Watching a movie at Cineplex is one of the only moments we get where we turn off our devices and simply enjoy a moment of escape, free from distraction. We wanted our new brand platform to encapsulate that feeling as we welcome Canadians back to the theatre,” said Sara Moore, senior vice president, marketing.

The campaign was devised by Cineplex’s creative agency Zulu Alpha Kilo. “The experience of watching a movie in-theatre is something we’ve all been missing since the beginning of the pandemic. To simply sit, uninterrupted and enjoy a movie on the big screen is truly an escape from everything else going on in the world,” said Zak Mroueh, Zulu Alpha Kilo founder and chief creative officer.

In addition to the launch film which is being shown in-theatres as part of the PreShow, the campaign also includes social video content, out of home, radio, digital banners and in-theatre placements, all capturing the feeling of escape Cineplex provides. Social video execution highlight moments people only experience when watching movies in a theatre – like a mother enjoying two hours of peace, while her children are captivated by the big screen or the moment when a single chuckle can erupt into a theatre-full of laughter, while watching a comedy. Out of home executions include headlines like: “The original escape room,” and “Cheat on your sofa,” further setting the in-theatre movie experience apart from the experience of watching at home.

Video production was handled by Zulu’s in house content creation company Zulubot, with Canadian director James Arthurs at the helm. The campaign will run over the course of the next twelve months.