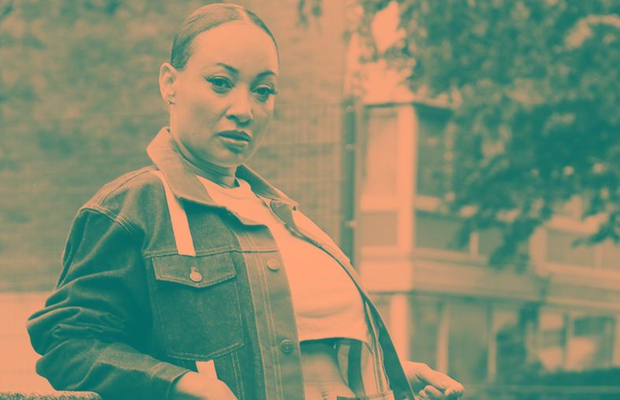 This Black History Month, Clarks Originals presents #WordOnRoad, a series of documentary style films highlighting the impact of Black British cultural icons Notting Hill Carnival, pirate radio and underground rave Twice As Nice, a collaboration with Black-owned community platform, FANGIRL.
The second instalment of the Clarks Originals x FANGIRL partnership sees Rani Patel explore the historical significance Black British Street culture has had on Britain as we know it. With pioneers such as Lisa Maffia, Symone Williams & Steve Gordon, sharing their stories.
The need for this documentary comes from the hard truth that Black British experiences have not been well documented or archived in institutions like libraries, galleries and museums. The Black community have historically taken to the roads of their communities to share their history, connect and spread Black joy. Following on from FANGIRL x Clarks Originals women's history month campaign #InHerShoes the partnership continues to amplify untold Black stories.
The project was creatively directed by FANGIRL founder Rani Patel. Rani invited a community of Black creatives to collaborate on the project to tell this history; Jesse Bernard cultural researcher, 3000 Ocean Hill production trio, and Curation Music bespoke composition creative company. The film features:
Symone Williams, daughter of Notting Hill Carnival founding member Vernon Williams who started Genesis Mas Band. Symone continues her father's legacy by leading the creation of masc. costumes to be worn on the roads of Notting Hill every year.
Lisa Maffia, first lady of So Solid Crew, MOBO award winner and one of the few women visible in pirate radio. Lisa's MC career started on Delight FM, a pirate radio station. So Solid started so that they could be heard.
Steve Gordon, founder of the only recognised Black super club TwiceasNice. A club event that was promoted on the streets of London and grew to over 22 countries winning 4 MOBO awards.
Tara McRae, chief marketing officer at Clarks said: “We are honoured to have worked with Rani Patel and such an incredible team to bring these unique stories to life. Black British street culture is of huge significance to our brand and we’re proud to be able to use our platform to highlight Black history and accomplishment within the UK.”
“Word On Road is essential story telling of grass root black cultural contributors,” said Symone Williams. “The project highlights black communities and creatives who add so much value to their community. I am very honoured to be chosen to fly that flag for my peers’ culture and heritage.”
“It is important to be part of projects like Word on Road to bring awareness that supports and highlights black accomplishments,” said Steve Gordon. “Projects like Word on Road bring knowledge of the achievements of black people. This will inspire and encourage the younger generation to think bigger and help them achieve more, as knowledge is power.”
“These are histories that we unearth to remind ourselves where Black British street cultures have come from and how they’ve evolved,” said Jesse Bernard, cultural researcher and journalist. “In order to look forward and continue to innovate, delving into the archives helps guide that process.”
Rani Patel, founder and creative director of FANGIRL added: "The Black British experience isn’t properly archived in the institutions that should be informing us, I wanted #WordOnRoad to be this immersive postcard sent from a time before, teleporting us to streets and communities that have defined our Black history. We rely so heavily on the visual documentation of history, which was key to this project, but it felt ignorant to not include the sounds of these times. For example, I wanted someone experiencing these postcards to understand what it felt like to be in South London tuning into Delight FM from your house or car radio.”
Leon Jean-Marie, director of composition and co-founder of Curation Music said: "Working on this project, researching, and going back digging away through the wealth of Black music and the sounds of genres, era’s, movements that supervened the Black people of today, has been an incredible experience. It really hammered home the enormity of the impact, not just the music but the sound of the atmosphere from these periods in history. From the analogue, crackly sonics of pirate radio stations like ‘Delight FM’ to the sounds of the crowds by sound systems at Notting Hill Carnival. These documented atmospheric sounds really contribute to the images we can so easily see and complete the beautiful, and the paramount memories that should never be forgotten."
Earlier this year, Clarks Originals first partnered with FANGIRL for #InHerShoes, a content series that highlighted Black women across the creative industry as well as limited-edition Clarks Originals x FANGIRL Wallabees.