M&C Saatchi Abel says the world has changed, and agencies need to step up to the challenge 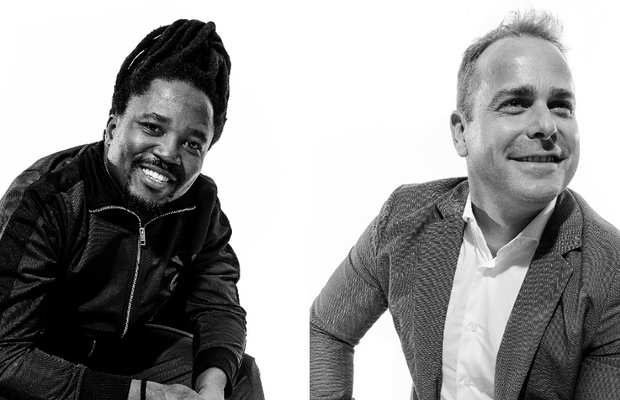 As the economy stutters back to life, and brands try to position themselves for a post-pandemic world, creative agencies have been thrust into the role of frontline workers within this new economic landscape, says M&C Saatchi Abel Group Managing Director Jason Harrison.
The new economy requires new thinking, says Harrison, and like all frontline workers, brands need creative agencies that are fast, agile and authentic in order to resonate with an increasingly discerning audience.
Driven by its DNA of ‘Brutal Simplicity of Thought’, South Africa’s M&C Saatchi Abel has embraced the role and function of a creative company in a post-pandemic world. It’s hard to imagine that the agency is only a decade old, but as its co-founder Mike Abel has said, perhaps being born and thriving during what South African President Cyril Ramaphosa called “nine wasted years” has forced the agency to adapt creatively to find compelling solutions for its own path and that of its clients.
“We have shattered silos and streamlined our entire organisation to heighten our single orientation: an unflinching and razor-sharp focus on finding the best solutions to improve a business’s bottom line, grow its market share and build brand equity,” says Harrison.
“The perfect example was how we landed the TikTok account, from beginning to end, including campaign execution, in less than two months without a single face-to-face meeting and a staff contingent working remotely. Research, strategy, concept, execution — it all happened in parallel.
Providing front-line service requires a creative mindset.”
Neo Mashigo, Group Chief Creative Officer, says creativity is about solving problems. “Brands are at a crossroads,” he says. “Either they can do the same things they did before and expect the same results, but in a changed world, or they can use creativity as a force for revival and rejuvenation. Difficulties and challenges provide fertile ground for creative solutions that give you goosebumps.
“You may have an idea of where you want to be, but it’s only by harnessing the power of creativity that you will figure out how to get there — and that’s why creativity is at the frontline of our new economy.”
Harrison agrees, saying that at the start of the hard lockdown no-one knew what would happen, or what the face of advertising would be within a few months. “There was trepidation all around - one could feel it in the air as the nation sat in silence on an evening in March listening to our president announce something unprecedented in a modern society.
“However, far from drawing any comparison to the men and women who continue to heroically battle Covid-19, we decided as an agency to draw our strength from what it takes to be a frontline worker: a belief in your science, a belief in your systems and most importantly, a belief in the team you have assembled.”
M&C Saatchi Abel’s award-winning work is known to resonate with South Africans. According to Harrison, playing in the sweet spot between cultural relevance — which the agency is accustomed to with work on Nando’s, Netflix and Takealot.com among others — while producing effective campaigns in a new, and increasingly digital, world is no longer a nice-to-have skill. He says it is absolutely essential to the survival of an agency, and the efficacy of its work. “We have to respond to, and create, demand. Our economy depends on it.”
Mashigo adds: “You cannot tell society what is authentic. Always, but especially during times of adversity, you have to listen, learn, trust your team and nurture your client relationship in order to produce remarkable work. You must be willing to use data and instinct to guide you to a new space.”
Sounds risky, right?
“That’s the only way we move forward. That’s how you create something special.,” smiles Mashigo