DaHouse Audio: How Music Changed the World in 2021

Composer and co-founder Lucas Mayer tells LBB why championing social change has been such a unifying theme throughout his company’s output in 2021. 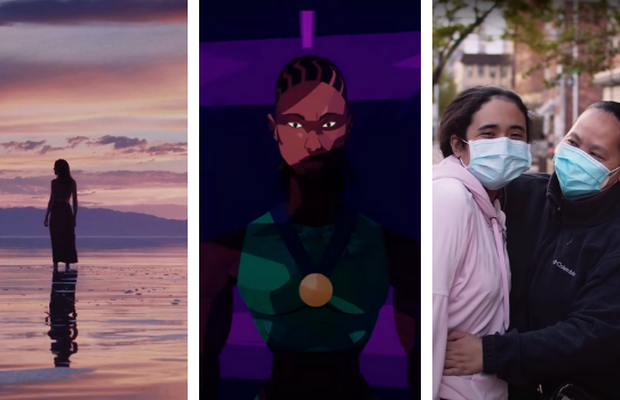 A little bit of change can be a powerful thing. As the world begins to look back on the events of 2021 - a year which included more developments in the coronavirus pandemic and the damning IPCC climate change report - few can doubt that we could make use of some serious change as we head into 2022.

Throughout the past 12 months, change has been high on the agenda at DaHouse Audio, the award-winning music company based in Berlin, Sao Paulo and, as of this year, the US. A passion for social, environmental, and political change has run like a thread connecting so much of the company’s creative output in 2021. “We have been motivated and intentional in terms of seeking out these kinds of projects”, notes company founder and composer Lucas Mayer, “but it’s been encouraging that we didn’t need to search very hard! Lots of brands are wanting to add their voices to these conversations today, which is a great thing”.

In particular, four socially conscious campaigns stand out as having benefitted from DaHouse’s musical chops in recent months. However, whilst all of these projects could be described as ‘purpose-driven’, the diversity - both in terms of content and the style of music composed by DaHouse - is admirably broad. “Differentiating what we write isn’t something that generally comes as a challenge”, explains Lucas. “We always look to start at square one and create something which fully connects to the artistic idea we’re working with. What sets us apart, I believe, is that we set out to make music that we would choose to sit down and listen to, not just something which ticks a box for one ad”.

And when it comes to campaigns which push for social change, music has an especially important role to play. “It’s been said before, but music is what sets the tone”, says Lucas. “It’s because of a film’s soundtrack that you feel the beat, and the beat pushes you to sit up, to take action”.

So as 2021 draws to a close, it’s the perfect time to look back and reflect on the powerful work soundtracked by DaHouse over the past 12 months - and consider how these causes might change in the new year ahead…

For many, the decision to ban Caster Semenya from defending her 800m title at the Tokyo Olympics stands as a pivotal moment in the global fight for equality. In response to the ruling, the health & beauty brand Lux commissioned an astonishingly eye-catching film from creative agency Wunderman Thompson portraying Caster, alongside fellow athletes, as a superhero. Adding to that heroic feeling was animation provided by Le Cube, and a pulsating soundtrack from DaHouse.

“Our initial brief on this project was to provide only a soundtrack to play underneath the recording of announcers which you hear at the start of the film”, recalls Lucas. “But, after having worked on the original idea for a while, we decided to compose a lyric as well which you can hear in the film.

“A great thing we have with our clients is the freedom to propose something. We love to be part of the earliest possible meetings, so that we can contribute these kinds of ideas!”

It’s not uncommon to find brands nodding towards sustainability, but less ordinary is seeing a household name - in the automotive sector, no less - speaking so directly on the topic. This ad for KIA, from Innocean Berlin, plays out as an ode to human ingenuity and a message of hope that we can find the solutions we need. After all, as the voiceover tells us, ‘nature must go beyond profit’.

Helping that message of inspiration to hit home was, of course, the team at DaHouse. “Texture was a really important quality to us while working on this project”, says Lucas. “I remember we used sheets of paper between the strings of the piano - we wanted it to sound powerful, like you could hear the reverberations from a hammer hitting the strings”.

How can you share a vital message when its author has no voice? For too many people around the world, a tumultuous or outright authoritarian political climate means that the truth remains bottled up, away from the rest of the world who needs to hear it. To fight back against corruption and censorship in states such as Egypt, Thailand, and Uzbekistan, DDB Germany collaborated with Spotify and DaHouse to tell previously unheard stories through songs.

That campaign, known as the Uncensored Playlist, swept up a Cannes Titanium Lion upon its release in 2018. In 2021, DaHouse helped keep up the pressure by collating the Uncensored Library, an archive of these songs which ensures that their messages are kept alive. “We also put together a new soundtrack to promote the Uncensored Library called Truth Hegemony”, says Lucas. “It’s such an important thing, and we consider this to be a campaign which will never truly ‘end’, because unfortunately there are so many messages and stories out there that need to be shared”.

This year, UNICEF took a somewhat different approach for a film promoting World Children’s Day in November. This time, children weren’t the primary intended audience for the charity’s message. In fact, it was adults who were implored to listen in.

As Millie Bobby Brown (UNICEF’s youngest ambassador at 17 years old) eloquently argues, children are broadly pretty good at listening to adults. But now, even if just for a moment, the shoe needs to be put on the other food - adults need to listen to the kids.

“The original plan for this ad was to have Millie singing the lyrics, but we decided it would be more impactful to take something from her speech”, says Lucas. “However, she did actually record a few other lines which weren’t in her original speech. Part of our job, as well as the music, was to mix that in so that it felt natural. Looking back on the results, we’re happy we did that”.

Behind the Work: How Lux Took a Stand with Caster Semenya

At First, I was Sceptical. But NFTs Can Provide a Bright Future for Artists and Creators