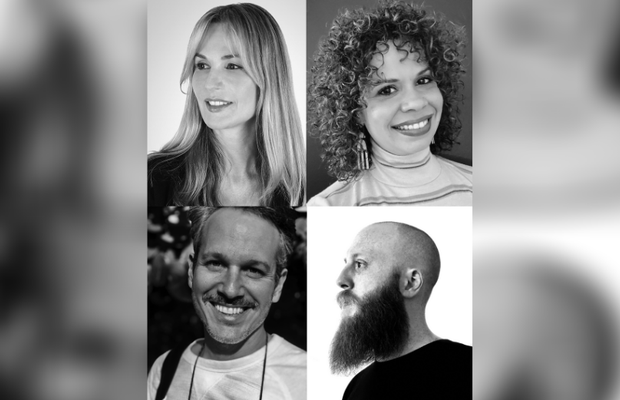 David&Goliath today announced a series of promotions and new hires in a move that will bolster the agency’s creative and strategy departments and deliver breadth and depth to its newly launched Creative Impact Hub. Led by chief creative officer Ben Purcell and chief of social impact Blake Winfree, the Hub was established earlier in the year to inspire greater social responsibility and create sustainable impact within the industry, and ultimately in the world.

Angelo promotes Lixaida Lorenzo and Frauke Tiemann to executive creative directors, both elevating from group creative director positions. As well, adds two new hires to the agency roster with Michael Molinaro recruited as group creative director and design director and Bruno Cunha taking on the role of group strategy director. Reporting to Angelo, Purcell and Winfree; Lorenzo’s primary responsibilities include helping guide the creative work on Jack in the Box and the Ad Council while providing mentorship for the creative department; Tiemann will be leading creative on the Kia account alongside ECD Mark Koelfgen; and Molinaro’s primary role is developing and growing the design team within D&G while partnering with leadership and clients to drive culture and celebrate design through the lens of the agency’s mission. Additional responsibilities include expanding D&G’s contractor and vendor network.

Her previous agency experience includes JWT San Juan and Mistress [now The Many] in LA where she worked on a number of accounts creating work for Qdoba, Netflix, Conagra Foods, Ford, Kraft, Walgreens, Cadbury, Heineken, Gatorade, AT&T, and Nestle. Since her start in advertising in 2000 in San Juan, Puerto Rico, Lorenzo has garnered a variety of awards and accolades from shows including Cannes, AD&G, One Show, LIA, Communication Art, Clio, Promax, New York Festival, Webby’s FIAP, EFFIES, and Adweek’s Top 100 Creative List in 2016.

Tiemann has been with D&G since 2018  as group creative director and has been an integral part in creating breakthrough work that sets Kia apart from the competition. As ECD, she will continue to serve as creative lead for the agency’s long-time client, as well as new business. Previously, her agency experience includes GCD at McGarry Bowen and GCD at Grey NY/LA. Tiemann’s past client work includes Fiat/Chrysler, Maserati, Verizon, Reebok, Sony, Dreamworks, Jaguar, and Landrover. She’s been the recipient of numerous awards including The One Show, Cannes, Communication Arts, Archive, Clio, Addy and Effie.

“It’s incredibly rewarding to work at an agency with such a deep philanthropic core, and to be able to create with likeminded people, who approach creative with a different awareness around culture and the world as a whole,” said Tiemann.

Molinaro joins D&G from MullenLowe as group creative director and design director. Over the span of his nine year career, Molinaro has worked on numerous brand ads including Acura, AXE, Burger King, Corona, Facebook, Grey Goose, Hawaiian Airlines, Patron and Whole Foods. At D&G, his main focus will be on new business clients and internal initiatives for the agency. Molinaro’s work has been recognized by Graphis, One Show, Communication Arts, and Clios. As a Savannah College of Art and Design (SCAD) grad, he is also heavily involved with ad industry committees and will serve as a judge for this year’s 2021 Webby Awards.

“There couldn’t be a more exciting time to join David&Goliath,” said Molinaro. “The agency is honoring its past promoting Ben Purcell to Chief Creative Officer while embracing the new, assigning Blake Winfree as Chief of Social Impact. I’m honored to join them and the entire D&G family and I’m humbled by the opportunity to serve our clients with purpose and passion.”

Cunha joins the D&G family as group strategy director. Prior to D&G, Cunha’s previous post was at 360i where he served as strategy VP working with brands such as Nespresso, United Airlines, Kroger, Skinny Pop, Ben & Jerry’s and Oreo. Before Cunha moved to the US from Rio de Janeiro, Brazil, he was Head of Strategy at Ogilvy Rio unlocking strategies for Coca-Cola, GSK, SCJ, Outback, Puig and BP. Some of his industry awards include Effies, Cannes Lions, D&AD, One Show, Clio Awards, The Webby Awards and El Ojo.

“I am thrilled to be joining a founder-led agency that fights the good fight,” said Cunha. “There’s never been a better moment in time than now to be part of the Kia team, as we approach a massive shift in automotive history.”