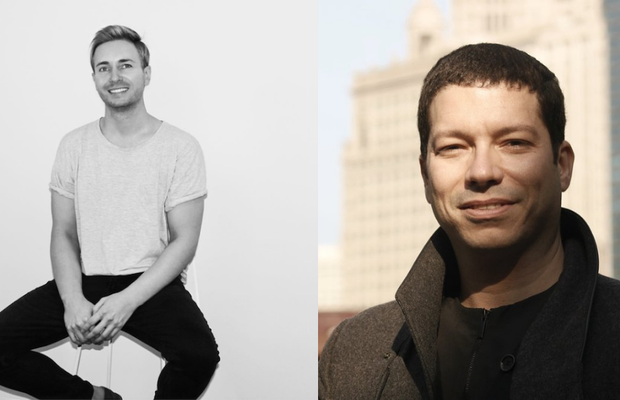 “I genuinely love these two guys. I had the good fortune of working with Brett and Luiz in Chicago and their heart and hustle, their backgrounds and life experiences, their care and concern for well-crafted ideas, and their flair for the dramatic made an indelible impression,” said Blake Winfree, chief of social impact, David&Goliath. “I’m delighted to say we’ve gotten the band back together here at D&G. As we look to bolster our capabilities in the areas of cultural and social impact I think they make an incredible addition to the team and I look forward to seeing what kind of magic we make together this time around.”

Terblanche’s primary responsibilities include helping the agency further develop and build out its social impact offerings and drive innovative creative, working primarily on social impact initiatives for purpose-led clients. Terblanche, an Australian creative, comes to D&G from Havas Chicago where as a CD he lead Moen and NAR to create award winning work. His previous roles were in Australia where he helped lead DE&I initiatives and worked on accounts including Coca-Cola, GSK, Volvo and Treasury Wines Estates portfolio of brands.

His work has been recognized with multiple awards at Cannes Lions, Clios, New York Festivals, WARC, Effies and has also been featured by CNN, BBC, National Geographic, The UN, Sky News and more. With creative destinations including South Africa, the United Kingdom, Australia and now the United States, this global perspective has led Brett to consistently produce relevant work for diverse groups of people around the world.

“I’m most excited about joining D&G with my partner Luiz to help Blake & the team grow meaningful, sustainable work within the social impact space,” said Terblanche.

After that, Luiz expanded his Global experience to the Middle East serving as Regional Associate Creative Director at Memac Ogilvy Dubai, where he helped set a new creative bar for the Network’s agencies across the region, developing award-winning work for IKEA, Volkswagen, Coca-Cola, Emirates Airlines, and Virgin Mobile. Prior to coming to D&G, he was creative director at Leo Burnett Chicago working for the Allstate, Purina, Marshall’s, Cadillac and Firestone accounts and Havas Chicago, where he led Mike’s Hard Lemonade and helped the brand succeed amidst a global pandemic.

Simoes amassed some of the world’s most prestigious advertising awards including 12 Cannes Lions (4 of them Gold), 5 D&D Pencils, 5 Clios, plus London International Awards, The One Show and all the major award accolades in the industry.

“When I was at Havas Chicago, I was thrilled to be working under Blake’s wing who was both a great mentor and leader and am excited to reunite with him at D&G,” said Simoes.

“Partnering with Brett, we look forward to working with purpose brands that believe in more than just selling products, but in work that drives social change.”