Desperate Jack Jumps Out the Box to Find His Funko POP

David&Goliath lead Jack in the Box’s Buyback Plea campaign for SDCC, when the desperate Jack Box couldn’t get his own POP! figure he reached out to fans to buy one back 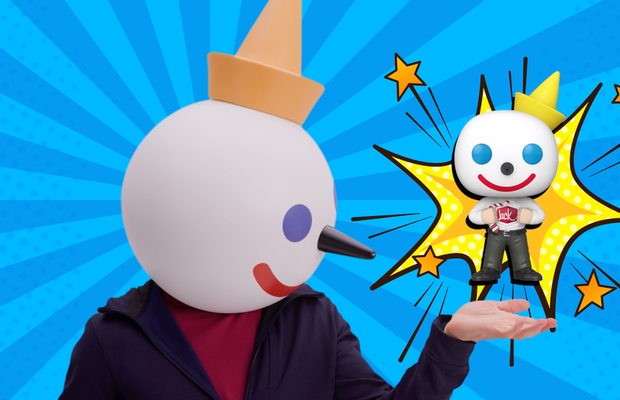 Holy tiny taco! Rumour has it, Jack was desperately pacing back and forth, thinking up a plan of how he could get his hands on his sold-out POP! vinyl figure. In the latest campaign by David&Goliath (D&G), Jack in the Box partnered with Funko, the pop culture collectibles company, to create a Limited Edition Jack Box POP! figure, available for purchase only during this year’s San Diego Comic-Con (SDCC) Comic-Con Home. The highly coveted POP! is part of Funko’s long-running ‘Ad Icons’ series. Being that Jack is an absolute icon, convention aficionados were excited, selling out the POP!s in less than an hour.

As expected, the Jack Box POP! release was so hot, even Jack had trouble getting his hands on one for himself. So, like a diehard collector would, Jack reached out and connected with fellow fans who were reselling the limited edition item online.

Today, in true Jack fashion, he revealed that he, indeed, got his hands on the exclusive figure and found it hidden in a drawer that he just simply forgot about. To reward his loyal fans willing to give up their special POP! figure for food, Jack will be surprising some of them with Jack Ca$h to use for purchasing some delicious Jack in the Box goods. And it doesn’t stop there. Since Jack has been feeling generous, he provided Funko with a signed figure that is now being auctioned on eBay for charity here—the POP! is going for over $6k and counting!

“The creative team did a great job in really putting themselves in the fan’s shoes and understanding the whole Funko POP! fan culture,” said Lixaida Lorenzo, group creative director. “We were able to create something that added excitement to the virtual event for fans, giving them something fun, different and relevant to engage with rather than just being advertised to. The proof is in all the positive engagement we got on all fronts. Fans didn’t wait to jump on the opportunity to offer up their Funko POP! for some Munchie Meals, Jumbo Jack or Tacos!”

Because the convention was virtual, Jack Box needed to find another way to reach his fans. Lo and behold, the collaboration between Jack in the Box and Funko was natural in generating fan conversation as the figure’s very existence appealed to both fan bases alike. Jack’s POP! became a natural part of SDCC, allowing for him to stand shoulder-to-shoulder alongside all of the other costumed figures.

“We know consumers want experiences over ads, and that’s exactly what we gave them,” said Sheena Dougher, director, marketing communications and customer experience for Jack in the Box. “Our iconic Jack Box was sharing in the same journey as the fans; from experiencing the first virtual SDCC to trying to get his hands on a coveted Jack Box POP! like everyone else. The campaign tapped into the fun and humour consumers credit our brand for, all through the lens of digitally driven experiences that we know will become commonplace in the post-Covid world.” 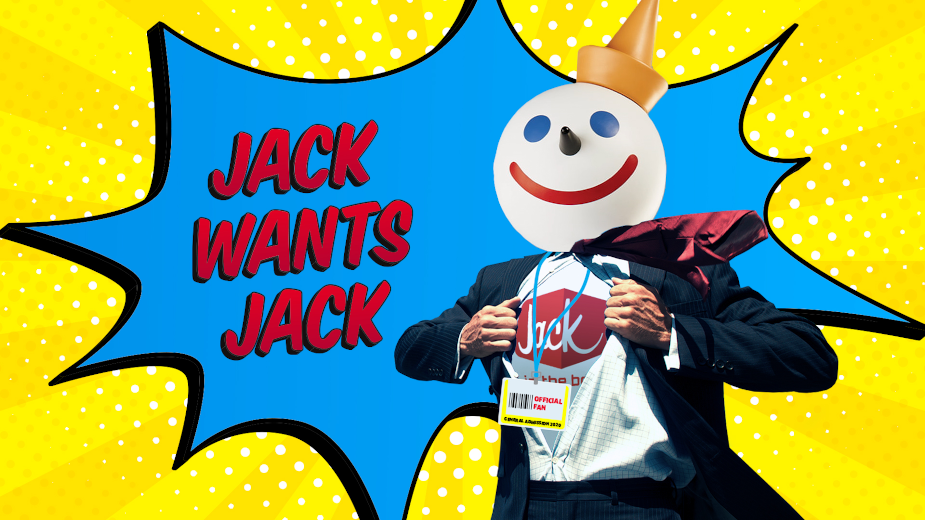 The integrated campaign utilised video, static and GIF elements on all of Jack in the Box’s social channels, including a unique hashtag in the messaging, #JackBuyback, to engage fans and spark conversation simultaneously with Funko’s at-home, live-streamed convention, Virtual Con. If you didn’t get your hands on the hard-to-find Jack Box POP! figure, then you can try your luck with Jack Box on the resale market. And if you did, feel free to reach out to Jack himself by hashtagging #JackBuyback!