The award-winning director, who recently helmed Pearl Milling Company’s first campaign following its rebrand, joins for representation in the USA 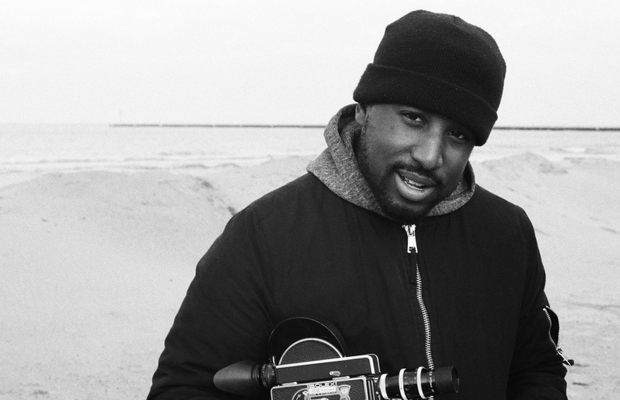 International production company Great Guns has today announced that award-winning director and screenwriter Justin Casselle has joined its growing roster for representation in the USA.
Justin began his journey in the industry as a creative producer, working for such legacy agencies as DDB, FCB, and Deutsch. During this time, he produced commercials and branded content for the likes of McDonald’s, Jeep, and Apple - in addition to a number of digital series. Alongside his role as a producer, Justin worked to hone his skills as a director, helming music videos for Deanna Devore and Kinky Love before pursuing a career in directing and screenwriting.
Since then, he has directed multiple commercials, shorts, digital series, and sketches in the comedy genre, as well as working on both long and short-form screenplays. Ranging from dark comedies and dramedies to romcoms, his work is notable for its sharp sense of social commentary and interrogation of masculinity, privilege, and social norms. As a champion of inclusion and diversity, his web series ‘The Right Swipe’ explored the challenges of dating at various intersections of marginalised identity through a comedic lens - a project which ensured diverse hiring both in front of and behind the camera.
His subtle, comedic approach is evident most recently in his ‘Stack up the Moments’ campaign for the iconic Pearl Milling Company - the first commercial since the company rebranded from Aunt Jemima earlier this year. Having also worked for brands including Old Forester Bourbon and Realtor.com, he is now a finalist in the 2021 Class for the Commercial Director’s Diversity Program through the Director’s Guild. Alongside such an achievement, his light-hearted comedy short ‘Valentine’s Day First Date’ was recently an official selection at the 2021 Denton Black Film Festival. He has also been recognised at the Austin Film Festival, New Orleans Film Festival, and Urbanworld Film Festival amongst many others.
Justin Casselle comments: “I’m really thrilled to be joining Great Guns fantastic roster. The past 18 months have been challenging for obvious reasons, but I really feel I’ve used the time to reflect and be inspired. The trickiest bit was telling myself my time would come, but it really feels like it has now. There are great days ahead, and I can’t wait to see what we achieve”
Oliver Fuselier, MD and EP of Great Guns USA, adds: “I am excited to welcome Justin to Great Guns USA roster for two reasons. Firstly, he comes from the agency side having worked with some of our industry’s biggest and best directors - seeing first-hand what it takes to succeed at the highest level as a director. Secondly, he brings his personal brand of warmth and a style of storytelling that adds a level of authentic emotion to his work. Both are a great recipe for success as a director today.”

“It’s Got to Be for the Audience”: Why Great Guns’ Justin Casselle Is Prioritising the Authentic

5N30 Ep 11: Leading From Behind with Jimmy Smith, Karin Onsager-Birch, and Gavin Lester

5N30 Ep 10: Operating at the Edge of Chaos with Tasha Dean, Anastacia Maggioncalda, and Jon Drawbaugh

5N30 Ep 8: From Languishing to Flourishing with Kerry Hill and Mandi Holdorf