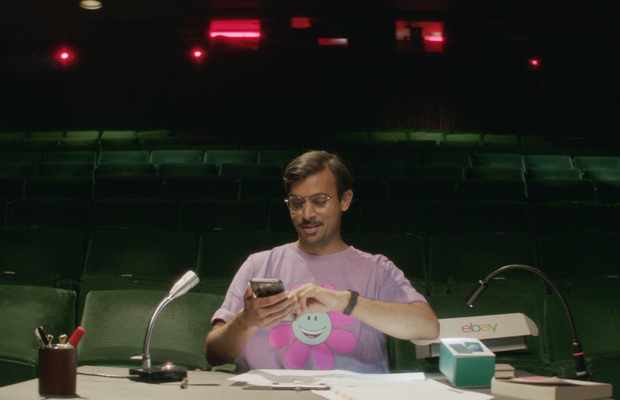 eBay has unveiled a new campaign film that colourfully and musically portrays a seemingly small, but revolutionary behavioural change - every time you buy something, sell something, too – with the circular economy that is eBay.

We all buy shiny new things from time to time, and eBay has a huge breadth of the latest and greatest items available when you do; however, eBay believe there's a better way to consume which is not just about buying but selling things as well; to make people some extra money but also, significantly it extends the life of perfectly good items that still have value from being unused, thrown away or wasted. These items can be loved once again.

The joyful campaign created with McCann London lands as more people are looking for ways to live more sustainably, and millions of active sellers on eBay are already doing their bit for the environment, by selling things they no longer use. This initiative sets the precedence for the brand going forwards, in its pursuit to help shoppers in the UK live a more sustainable lifestyle to emulate the brand's core belief: for someone out there, that thing could be someone’s everything.

The 40 second spot titled ‘Buy a Thing, Sell a Thing’ – created by McCann London and Craft in partnership with production house Riff Raff and director David Wilson – begins with a nod to the all too common image of someone throwing out their old TV, before an ear-worm of a song plants the seed of a simple idea: “When you a buy thing, sell a thing, never ever throw a thing! When you buy a thing, sell a thing, go on do the better thing!”.

On a craft level, director David Wilson and Riff Raff brought the script to screen like a high-end music promo. With an eye for slick transitions, graphical compositions, and a rich and eclectic cast choregraphed to perfection to the rhythm of the lyrics. The bespoke music, composed by David Goo and featuring Mac, tied the piece together, to land the joy of the eBay experience.

Eve Williams, CMO at eBay UK said: “eBay was founded on the principle that people are inherently good. And over 25 years later we can see how this continues to make people feel, as they pass on a much-loved treasure, or re-kindle joy in the eyes of someone else. We value how we’re helping our diverse community of buyers and sellers to make more sustainable choices. eBay can truly be everyone’s everything.”

Matt Searle and Olly Wood, creative directors at McCann London said: “The first-ever sale on eBay was a broken laser pen. That’s right. Broken. Seemingly useless. Unable to startle a moggy or wave wisdom at a whiteboard. But SOMEONE, somewhere out there bought that thing, fixed it up, and found joy in it. It’s these humble yet inspirational beginnings that continue to spark eBay’s sustainability mission today and course through the veins of this infectious film, which aspires to land a world-changing behaviour that if it caught on, could make everything, a better thing.”