His work includes campaigns for global brands such as McDonald’s, Hyundai, and MLB, among others 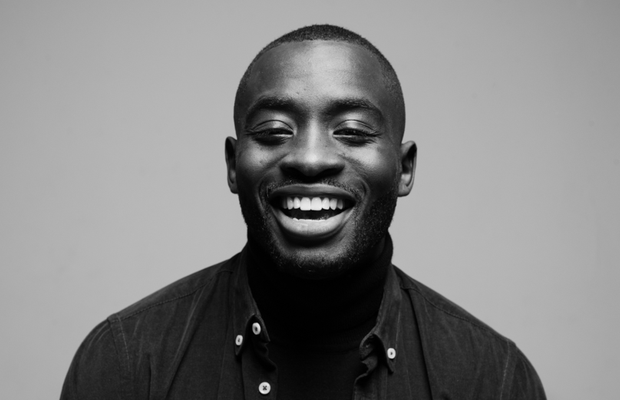 The Den warmly welcomes Michael ‘Middy’ Ofori-Attah as editor. Michael will begin his tenure in Canada with plans to relocate to the United States in the near future. His recent work with director Kelly Fyffe-Marshall on the short film OMI can be seen on Hulu’s Bite Size Halloween. Other recent director collaborators include Karena Evans and Jonny Mass.

Known for his sharp eye and keen attention to detail, Middy has gained renown as an exceptional editor. By focusing on the subtlety and nuance within each film, he finds the little emotional cues that resonate with viewers and elevate the storytelling within each piece. This sensibility can be seen in a diverse body of work that explores both emotional narrative as well as the pulse-racing energy and visceral poetry of lifestyle, athletics, and drama.

“I’m really interested in stories that develop through the characters where you really feel something after watching the piece,” says Middy. “Whether I’m working on a project that is very cutty and fast-paced or a more languid narrative, getting a vivid sense of a character and their story is utterly essential to me.”

An esteemed collaborator, Middy is often asked to offer creative direction and to shepherd each project throughout the creative process to ensure the desired result is achieved. His work includes campaigns for global brands such as McDonald’s, Hyundai, and MLB, among others, and has garnered a Gold at the 2019 Cannes Lions and the 2019 Webby Award for Best Viral Campaign.

Middy knew he wanted to be an editor from a young age. “The girl I had a crush on loaned me her camera and I got shooting with that,” recalls Middy. “I used to shoot my friends playing basketball and other things teenage boys get into. During my last year of high school, I started editing friends’ assignments.” After completing programs in broadcasting and film, he worked on short form action-packed and engaging content at Much Music, then moved on to breakthrough opportunities at Bell Media and CTV Fashion Television.

Christjan Jordan, co-founder/editor at The Den says: “Middy’s editing style and his love for the craft shows in his work. Being able to shift from emotional storytelling to quick-paced stylised work is a great fit at The Den.”

“I immediately clicked with Middy when we first spoke,” says Rachel Seitel, co-founder at The Den. “Not only is his creative work incredibly high calibre, he’s also just a lovely person, with the kind of warmth and humour that make him a dream collaborator. He is such a great addition to The Den, we’re so happy to have him join us.”

“The Den is a sweet spot where experience meets craft and creativity,” says Middy. “I’m very excited to be joining this incredibly talented team.”

Finely Sliced: Katie Cali on Why Editing Is About Perfectly Timed Moments