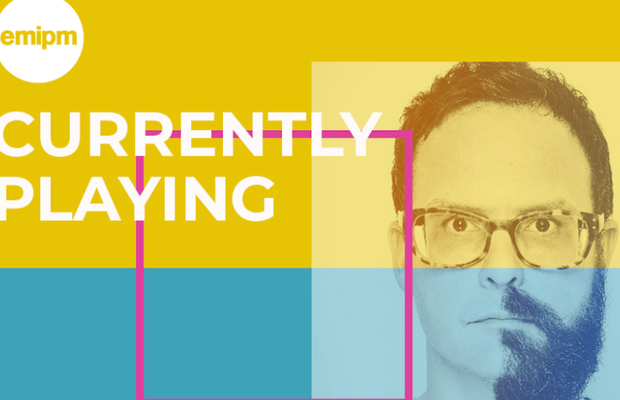 Being part of the music consultancy team in a company - rich with an abundance of copyrights (over 140,000 last time we checked) - I know how important it is to have an extensive knowledge of a vast catalogue of music.

Want a fast-paced Parisian gypsy folk track for a Renault ad? KPM 2019, track 1 (Le Cool Club). Sultry, retro soul ballad for the new Ryan Gosling film? MH168, track 21 (Waiting Here For You). However, whilst having the knowledge to dig out a track is one thing, understanding how music makes you feel is another. Music creates a connection. We all know how a track can transport you to a different place in time and you can often feel, see and smell where you were at that particular time. It helps to bring out the emotion in a project and I definitely know how important this is to every production across all sectors of media. None more so than film, where music has been an integral part of the creative process since its inception when even silent movies had musical accompaniment. Skip forward almost 150 years and the film score or soundtrack is as important now as it’s ever been. If you’ve ever questioned the importance of music or sound design in a film then I challenge you to consider whether Jaws would have been as successful without John Williams’ genius 2 note signature or if the shower scene in Psycho would be half as scary/memorable without Bernard Hermann’s screeching violin stabs. I don’t believe either would be the same without the incredible ability to create the tension through the film score.

When a film hits you square between the eyes and you instantly fall in love with it then you know it’ll hold a special place in your heart. For that to happen to me, it has to have an incredible score or soundtrack to accompany an amazing story/script. It could be quirky like The Life Aquatic With Steve Zissou, of an era like Saturday Night Fever or tense like Dunkirk. I need my attention grabbed and held and the music is intrinsic in making this happen. Such a film did this for me back in 2011 when I went to my then local cinema, The Coronet in Notting Hill, a beautiful old run down Victorian theatre, which used to offer cheap £3 tickets on a Monday. I was there to see the new Nicolas Winding Refn film Drive and as the film started, I was instantly gripped. Apart from being just beautifully shot, it was moody, had an edge and took a full 9mins 18secs of tense opening credits before I got my first proper taste of the soundtrack as the meaty, sexy, driving synth beat of Nightcall by Kavinsky kicked into gear along with the neon pink credits and that was it… I was totally hooked.

For a film with such famously limited dialogue, 891 words across the entire film, of which Ryan Gosling’s unnamed central character only says 116 of them, you can see why there was a need for a banging soundtrack. If you haven’t seen the film, the soundtrack is littered with synth pop tracks from the likes of College, M83 and Washed Out and you’d be fooled into thinking all were mined from the 80’s archives when in fact nothing in the film was from before 2007. Eric Craig was the music supervisor who worked on Drive and you probably won’t be surprised to hear he went on to supervise the music for Stranger Things, which has a similar musical footprint.

We still regularly get Drive as the music reference for briefs that come into EMI PM and it doesn’t surprise me as the tracks included in the film weren’t your average, thin sounding, flaky 80’s synth tracks. Almost all of the tracks have a deep, rich, darker sound to them and all work together seamlessly to create this underlying cool, sexiness to the film. I’ll let you go discover the OST if you haven’t already heard it but here’s my Drive inspired playlist from our catalogue: