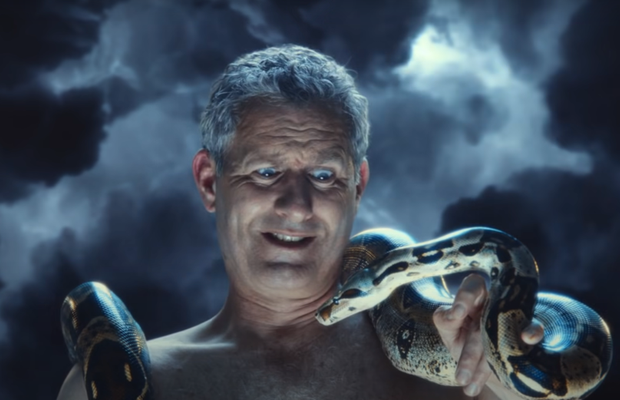 Last month, over 30 of Channel 4’s famous faces and rising stars came together in one film to celebrate the wonderful collective differences of everyone in the UK. And it certainly delivers on the broadcaster’s promise of ‘Altogether Different’.
The film opens with a twist on the film rating system by classifying viewers W for Weird, signed by Channel 4’s chief executive Alex Mahon, before Davina McCall tells the audience that “there’s nothing normal about the UK or anyone who lives here.” And the rest of the film proceeds to back up that point.
The massive cast includes well-known faces alongside up-and-coming talent from some of Channel 4’s much-loved shows including comedians Rosie Jones, Taskmaster Greg Davies, The Last Leg’s Adam Hills and Jamie Demetriou aka Stath as well as Bake Off’s Prue Leith. Gogglebox’s Siddiqui Family explain “we’re the nation that watches TV to watch other people watch TV” whilst The Lateish Show host Mo Gilligan points out “Different, it’s the one thing that we’ve all got in common.”
LBB’s Alex Reeves chatted with Rogue director Alex Boutell to find out whether the process of making the film was as weird as the final product.

LBB> What was the script like when you first saw it? And what did you think initially?

Alex> The first script I saw was quite different to where we ended up as the project had quite a long gestation period. As there are further calls for Channel 4 to be privatised, the marketing team, and Lynsey and Eoin who wrote the script, really wanted to make something that was a manifesto about what makes Channel 4 great, without it feeling like a manifesto - as they can often come across as a bit shouty and dry.
A big part of what makes Channel 4 different is its Britishness - it's not a homogenised content platform full of imports like Netflix - it does actually speak of the people from these weird isles, and that is what we wanted to focus on, but talking about being British and what that means is an incredibly divisive thing at the moment, and we were all aware that it had to be done in the right way. We realised that one thing everyone could agree on is that, as a nation, we are a bit different, so that’s what we decided to make the heart of the piece.
But to actually answer your question, when I first saw the script I thought ‘crikey, that looks fun and insane!’. Due to the collaborative nature of things at 4creative I was able to be involved in the script’s development from an early point and the creatives and I were able to bounce ideas around together both in terms of the words on the page and how we go about shooting them.

LBB> What were some of your first ideas about things that would be fun to do with the vast array of talent?

LBB> It must have been quite an intense experience shooting all of those different TV personalities in different situations! What were the biggest challenges in getting it all captured?

Alex> It generally went really smoothly (shout out to producer Luke Fraser!). Scheduling was obviously a nightmare though, and as people were doing it for free, we really didn’t want to mess them around and keep them waiting, but the team did a fantastic job of keeping the whole show moving. Having Lynsey and Eoin onset as our main port of creative sign off made everything run much smoother - we were a tight little team which allowed us to move quickly.
We did have to roll with the punches on occasion as we had a couple of last minute drop outs, but to be honest, I quite enjoy having to come up with creative solutions on the fly, you have a much better view of what will or won’t work when you’re in the midst of the actual making, and often, having some constraints as to what is possible production-wise helps you find the right creative solution. (But don’t ask me how much it costs to make a model of a gingerbread man at the last minute…)

LBB> Are there any particular on-set experiences that will always stick in your memory?

Alex> I wasn’t expecting it at all, but having watched about a million hours of TV with her at the helm, finally meeting Davina McCall in the flesh was a bizarre experience - I was shook. Unsurprisingly, she was super nice and professional, and as I keep telling people (even though - as my partner keeps telling me - I shouldn’t) she smelt amazing.

LBB> Do you have a favourite detail or moment that you're especially happy with? Or something to watch out for that people might not notice?

Alex> Kevin McCloud is a true thespian. The way he delivers his line and then licks his lips as though hungry to taste the architectural wonder around him will live with me forever. So honed are his acting chops that I’m beginning to wonder whether the man we see on Grand Designs is actually just one of his ‘characters’ and we are currently witnessing one of the greatest pieces of method acting of all time.