Starring Ferne McCann and Ashley Banjo, the spot from AMV BBDO shares how portal keeps kids and grandparents in touch in time for Grandparents Day 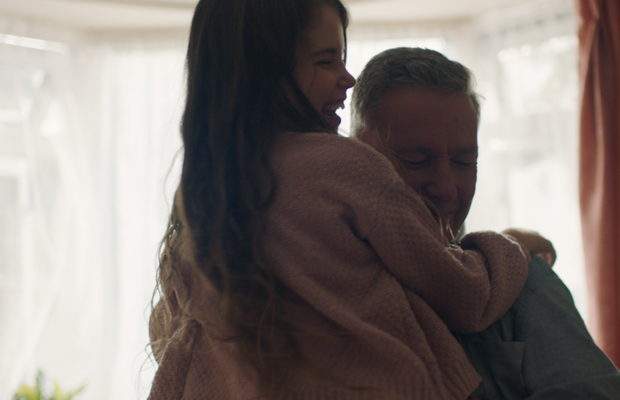 Ahead of Grandparents Day on October 3rd, Facebook Portal launches its latest UK campaign, highlighting the important connection between grandparents and their grandchildren, after uncovering the fact that nearly two million UK grandparents only see their grandkids once year.

Grandparents Day is celebrated in many countries, but almost completely overlooked in the UK. So, kicking off today with an integrated media partnership with ITV, the campaign will highlight the problem that grandparents and grandchildren in the UK aren’t seeing enough of each other and showcase how Portal can bring these two generations together, to share real moments even when they’re miles apart and have meaningful conversations more often.

The campaign will run across broadcast, social and digital channels in the lead up to Grandparents Day, through until mid-November.

The spots, co-produced by Facebook and ITV, will feature talent from the channel including Ferne McCann, Ashley Banjo and their families, sharing how Portal keeps their kids and grandparents in touch. The spots will also encourage people to celebrate Grandparents Day with their families.

Aaron Hoffman, director international marketing at Facebook Reality Labs, said: “Even as people are catching-up more again in real life, some people are still restricted by a distance that makes those face-to-face moments harder to happen. It’s especially true between grandparents and their families, so this Grandparents Day we want to show how Portal can help close the geographical gap and alongside ITV, help encourage more opportunities for every generation to have meaningful moments together regardless of where they are.”

Mark Trinder, ITV director of commercial sales and partnerships, said: "Bringing cross-generational audiences together for shared viewing experiences is what ITV do best, so we're thrilled to be launching this campaign with Facebook Portal, which celebrates togetherness and connection on this special day."

Creative agency AMV BBDO is behind the work. Creative directors, Neil Clarke and Jay Phillips, said, “The bond between grandparents and grandkids is so special. Whilst Portal can never replace the feeling of a big hug from nanny and grandad, it’s a brilliant way to spend more time together. These connections can be incredibly powerful, and this campaign will hopefully create many more of them.”

AMV BBDO and Facebook commissioned research to understand the depth of connection between British grandparents and grandchildren and the insights have informed the emotive campaign, which launches in full when the new Facebook Portal products are released on October 19th and runs through to the end of the year.