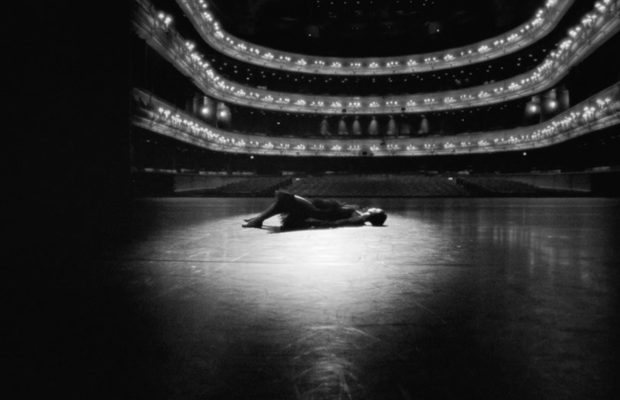 ‘Siren’ is a visual journey into Royal Ballet Principal dancer Francesca Hayward’s relationship with ballet, drawing on her early experiences of the art form to create a contrastingly intimate yet voyeuristic experience for the viewer. In collaboration with choreographer Michael Montgomery and designer Simone Rocha, director Jess Kohl expertly crafts a hauntingly beautiful narrative that expresses the macabre origins of the ballets that captivated Francesca as a young child.

The film is available on NOWNESS and was also made possible by collaboration with executive producers, Jackson Forsythe (UNSIGNED) and Juliette Larthe (PRETTYBIRD). ‘Siren’ is produced and presented by Films.Dance, a global platform and creative studio for dance creatively directed by Jacob Jonas The Company.

Styled by Robbie Spencer with cinematography by Eoin Mcloughlin, composer Isobel Waller Bridge’s off kilter score immerses us further into Francesca’s inner world. Filmed at the Royal Opera House, the choreography was crafted by Michael Montgomery, a graduate of the Alvin Ailey School in the Certificate program and the Alonzo King LINES Ballet BFA Program at Dominican University of California.

Director Jess Kohl commented: “It was a privilege to work with Francesca Hayward on my first dance film. We chose to shoot on 16mm black and white as we wanted to pay homage to the ballets that inspired Francesca in her childhood - she was drawn to macabre stories, and in ‘Siren’ we want to represent the lesser known, darker side of the art form.”

Jess Kohl is an award-winning London born filmmaker, whose work marries raw intimacy with a focus on global youth culture and marginalised communities. Her interest in society's fringes has seen her intimately document marginalised groups around the world, from punks in the Philippines to transgender communities in central India.