Find Yourself in the Mysterious World of Aldi's Specialbuy Aisle 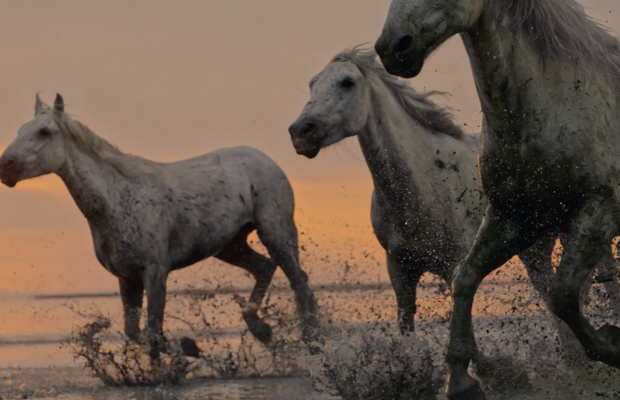 The campaign, created by Sean Carey, Conrad Robson and Steve Moyler launches with cinematic 60s parody ‘tourism’ film. The film takes us on a tour of the mysterious, all-season Aisle of Aldi. To the backdrop of awe-inspiring landscapes and dream-like scenery, a voice of an intrepid ‘tour-guide’ helps us along the way. But everything isn’t quite as it seems..
Aldi is as famous for its middle aisle as it is its everyday low prices and the campaign seeks to give it a well earned identity, all of its own.
According to the 60 second film, which is made almost entirely from stock footage, the Aisle of Aldi is a place you go to find a bargain and find yourself. You never know what amazing discoveries you’re going to make and what magical places you’re going to ‘go’ when you get there. It’s a place of amazing possibilities.
The launch couldn’t be timelier. Real-life travel is restricted because, well, you know. So a bit of light-hearted, fun-filled escapism to the Aisle of Aldi is what’s needed! Plus, you do need a new set of ladders.
The film was expertly edited by Marshall Street’s Spencer Ferszt and is a great example of how using stock footage can be elevated into hilarity with a little creative magic. It’s time to check your list, pack your bags for life and keep your arms and legs inside the trolley.
Dark Energy founder/MD, Matt Brown comments ‘this was such wonderful project to be working on in such challenging times. Covid did not hold us back! It had all the right ingredients from the fantastic Creatives on the project, Henry Littlechild at the helm and a magical combo of superb editing, top tier grading (from Paul Harrison), music and sound (from the fantastic Parv Thind at Wave) that almost pushed my EP over the edge with laughter.…

Notonthehighstreet Shares the Magic of Small Things This Christmas