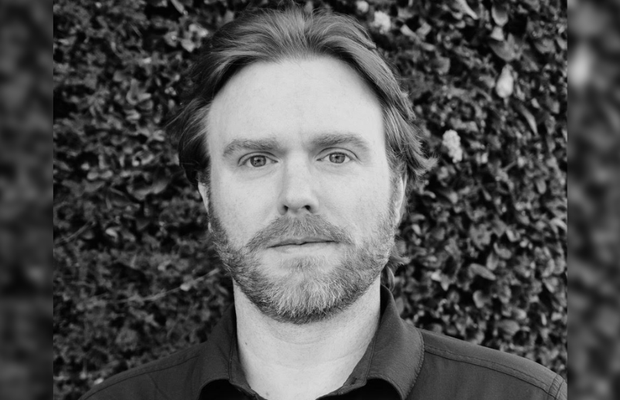 Ben McCambridge has been quoted as saying he was drawn to editing to bring order to chaos. Helping to make sense of human stories and emotion is a central part of Ben’s creative collaborations, which span many genres of visually-engaging storytelling including authentic, docu-style pieces to bold automotive projects, to bizarre comedy spots. Key highlights include Nat Geo’s Nujeen, an inspiring story in which a Syrian refugee revisits her journey and dream of a path to the stars, the immensely powerful Veterans for Gun Reform, a poignant look at heroes in Instagram Pride, and a hilariously over-the-top comedy-meets-action spot Jack In The Box. His versatility shines in commercial and branded content projects for brands Facebook, Lyft, Starbucks, Smirnoff, KIA, and Halo Top.

Ben> I find it very effective to treat a first edit much like a writer would approach a free written first draft. The blank sequence can be as daunting as the blank page! As I screen the footage I don’t like to put any rules or pressure on the material and to simply let ideas and footage that I’m excited about come together as sketches and expressions. This helps me to explore the tone of a film in a visceral way while at the same time guiding more finely tuned selects and most importantly always moving the edit forward. These early ideas are always nice to revisit as the film evolves through the collaborative post process.

Ben> Yes that is a very common reaction from non-editors. Oftentimes a piece is judged based solely on how overtly the editing presents itself. While technically complicated sequences are an extremely valuable tool in certain situations, with experience comes an understanding of the power of a more restrained approach to visual storytelling in certain situations. Sometimes the emotion lies in the quiet and the invisible. When I am evaluating a piece that I’m either creating or watching I don’t often focus on the apparent edits but rather find inspiration in the broad idea that every frame is in the perfect sequence to communicate and complement the story.

Ben> To me having not only an intense understanding of the story that you are trying to tell but also a personal point of view on that story is perhaps the most critical aspect of creating something that connects. In my early post house days my most memorable “aha” moments were always witnessing the editor's insights, mastery and dedication to the story. I’ll always spend some time developing a story perspective before I create a single sequence.

Ben> Yes music - and equally sound design - are both immensely useful storytelling tools. One of the most important aspects of music is that it organises time and immediately gives the viewer a familiar and intuitive way to access the energy of the story beats. As that rhythmic baseline is combined with the quality and tone of a certain piece of music there is perhaps no more efficient way to immediately draw a viewer onto the wavelength of the story.

Ben> Recently it’s having to talk to my teams through a computer screen. Although I have to say that it was incredible to see how quickly our editors, production team and the creative people that we work with adapted to collaborating in a remote environment. From a few brief glitchy first steps to a now seamless workflow bringing people together all over the world, the ingenuity of our industry has been so impressive. But I do miss the hugs.

Ben> I actually really enjoy the multi-layered collaboration in the US. I would say it’s very rare to not have great ideas and thoughts reveal themselves through every stage of the process. Sometimes the cacophony of voices does become delicate to navigate, but in my experience there are always immensely talented people contributing every step of the way.

Ben> The short answer is not enough. It’s always nice to have options and escape hatches should we need them. BUT that is in no way meant to diminish the joy of working with footage that is shot with a tight focus. It is always a pleasure to work with material captured with a highly realized vision.

Ben> The projects that I have always felt most proud of are the ones that take that extra step into revealing some genuine aspect of the human experience. This may be in the form of an intimate portrait or the exploration of a universal truth. I love the projects that allow me to learn something about the world and, in-turn, something about myself.

Ben> It’s too difficult to make a definitive shortlist  but I’d say that over the years I have worked with many editors that I have extreme admiration for. It has been an unbroken thread of wonderful insights about the nature of storytelling, taste and collaboration. When I first discovered the world of ad post as a runner I would take the DVD reels home at night and would just be blown away by the work. I had never considered the power of what could be done in the medium. It was a revelation. And the fact that I am still kicking around almost two decades later is a testament to just how inspiring the craft can be.

Ben> The obvious difference is the unique integration of product and story and the magic that can be created in the balance. It is definitely a headspace and skill that is essential for what we do to create the final vision for the film. My career has been dotted with several long form projects and one aspect of the commercial world that I always miss is how the shorter schedules allow for a variety in genre and technicality that can be explored as I move from one project to the next. It is such an interesting flow state of creative expression that is unique to working in the short form.

Ben> It’s actually an immensely creative era for what we do. “The screen” has evolved to occupy so many spaces that some really interesting things are happening as people consider the most engaging way to communicate through very specialized devices and platforms. It has become a massive part of the job to stay current with the technology surrounding the tools that we use and the way media is consumed and it’s evolving faster than ever. I think my career so far has spanned only the first phase of the digital revolution in media and it’s about to get even more wild. See you in the metaverse everybody!

Finely Sliced: Why Storytelling is Everything with Pete Koob

Finely Sliced: Why Editing Is Like Cooking with Aika Miyake