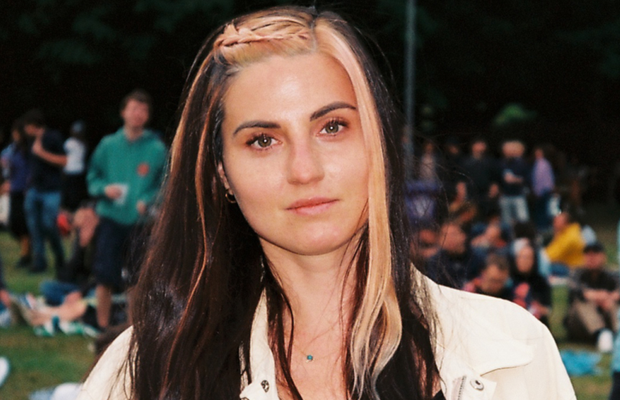 An experienced editor who has been solidly working for the past decade, Scarlett Bovingdon got her start working as an edit assistant both in-house and as a freelancer at Soho Post Houses before joining Vice UK where she was quickly promoted twice to become promo editor.  From there she went on to Grey London where she worked with brands such as Helly Hansen, M&S, and Amazon, and built an impressive reel as a freelancer before joining Whitehouse Post in spring of 2021. Scarlett has worked with highly respected directors like Ashley Armitage, James Barnes, Mark Donne, and Jade Ang Jackman for top brands including Burberry, Nike, Pandora, Conde Nast, Unicef, and 4Creative. A versatile and stylistic editor, she developed her cinematic style and love of sound while cutting doc trailers at Vice.  This style, passion, and drive has naturally led to cutting music videos for artists Celeste, Baby Queen, MJ Cole, and Ashnikko.

Scarlett> I think first I like to go over the treatment again so I get a feel for what was intended for the shoot. If it is a subject matter I’m not too clued up about I like to spend some time researching this also. When I get the rushes in I check what we have and have a chat with the director and sometimes producer to see how it went on the day and get to know them and what they want for the project. I find out if things went to plan and if not how they’re feeling about what they got. These calls for me are less structural/formal but more of an insight into what they’re excited about or what they’re happy for me to not focus on too much. I’ll then make the selects and during that time I’ll get a more detailed written brief and sometimes a rough structure to use as a guideline, and then we’re off!

Scarlett> That’s always evolving and improving. It’s a constant balancing act between building and breathing, on beat/off beat, action/stillness, etc, different ratios work well in different emotive setups. When you cut can depend if a scene is beautifully moving or awkward or even funny with the same take. So yes editors definitely are a huge part of how the audience receives the emotion.

Scarlett> I’m not sure about mechanics as we all know you can flip something on its head or show it backward and still have a great story if done right, but I think you need to be able to feel your way through for sure. To know how you want to feel and therefore want other people to feel when watching.

Scarlett> This is something I think about probably a bit too much haha. Some of my favourite works are where we are purposefully off beat, not in a way where it’s jolting, but we’re not on beat unless it should be. But again, this is a taste thing and a lot of people in music videos want a lot of it on the beat all of the time. Getting that balance is key.

Scarlett> A recent music video was pretty challenging where the track was changed quite a bit after filming. New tempos, lyric removals/swaps, and heavier production sounds that didn’t necessarily match the tone in which it was filmed. It was a mixture of technical and creative fixes to try and get it to a place where everything felt seamless.

Scarlett> I actually love working with directors who have different styles/tastes to me, finding that place where we feel we’re both bringing our styles and it really enhancing the piece is a great collaborative feeling. Of course, some projects have more room for this than others but those are the ones I treasure the most as it teaches me a lot. So the relationships are important as there is a lot of trust involved. If there is no trust it can be quite difficult to get into a good flow and do my best work. In terms of approach, I think it again depends on how well you know them/have worked with them before. Being an editor is largely about reading people and in between the lines as everyone is so different in how they work. This again I think will be an ongoing learning curve.

Scarlett> Definitely not enough. I think when you don’t have enough it’s paired with the frustration of feeling limited and it can be harder to hit the notes you need to with less options.

LBB> Which commercial project are you proudest of and why?

Scarlett> I’m probably most proud of my first TVC which was the Vice x ALL4 campaign. At the time I was cutting promos for VICE in-house and the ALL4 deal was a great development as it meant they would get more of a commercial reach. The plan was for Channel 4 and for VICE to create and run their own marketing assets, so I did the VICE version, and luckily C4 liked it so much they picked it up their side too. It was a first for the company (VICE) and I think that’s when I knew I had something and really wanted to build on it. I feel like this piece also sums up my style to a tee.

Scarlett> I’m not sure there is a huge change in those kinds of projects, just more deliverables, and cutdowns to get more reach. I think things always come back round so whilst now the clickbait content will always exist so will the longer more substantial stories.

Scarlett> Emma Backman’s work is insane. Her work has a real underlining power and hard-hitting force which I love, it’s that balance with quite a delicate or classical vibe that really inspires me. Matt Newman also does this incredibly well, who is also an old mentor of mine!

Emma’s spot for Root Insurance is brilliant. And Tom Lindsay’s spot for iPhone 12 ‘Cook’ is also one of my favourites from this year. The timings and use of sound is on point.